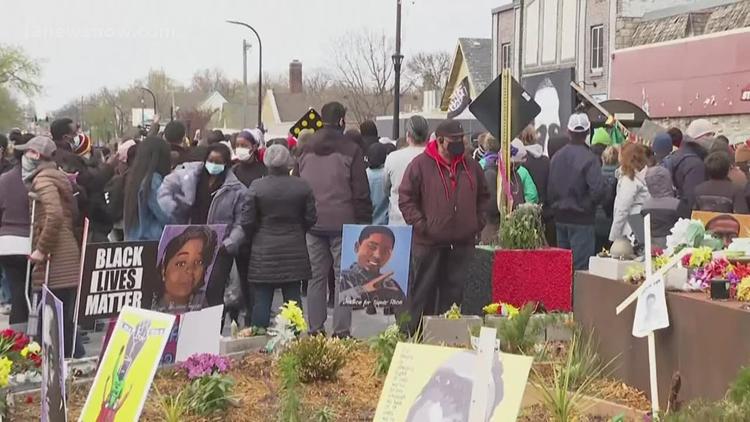 As Martin Luther King Jr. preached, we must reject peace that prioritizes calm over justice — and work toward building a positive peace instead.

( Waging Nonviolence) – In his March 1956 sermon “When Peace Becomes Obnoxious,” Martin Luther King, Jr. responded to a headline in a local Alabama newspaper that read, “Things are quiet in Tuscaloosa today. There is peace on the campus of the University of Alabama.”

The headline was referring to the day after the university expelled its first Black student, Autherine Lucy. Since setting foot on campus days earlier, Lucy had become the target of a white mob, which attacked her and started a riot. Wanting to restore the so-called peace, the university responded to the violence by making Lucy leave.

While delivering the sermon just one day before his trial for violating Alabama’s anti-boycott law, King called the newspaper’s idea of peace “an obnoxious peace.” He said, “It is the type of peace that stinks in the nostrils of the almighty God” and went on to say:

King called for a nonviolent revolt against the kind of negative peace that prioritizes calm and tranquility over justice and human dignity, laying out a vision of a “positive peace” grounded in respect for the basic rights, freedoms and dignity of all people.

I’ve been thinking about this sermon a lot lately and was grateful when Kazu Haga, nonviolence trainer and author of “Healing Resistance,” flagged it during a recent book event. Here we are, in the midst of the trial for Derek Chauvin — the Minneapolis police officer accused of murdering George Floyd after kneeling on his neck for nine minutes — and another Black man is shot dead by the police 10 miles outside the city. This man, Daunte Wright, the 20-year-old father of a young son, died after being shot in the back by veteran Police Officer Kim Potter during a traffic stop. As enraged and traumatized protesters took to the streets in Brooklyn Center, Minneapolis, and other cities across country, police officials and politicians urged people to remain calm and keep their protests “peaceful.”

Honestly, I’m tired of this kind of peaceful. It sounds obnoxious and tone deaf when institutionalized racism continues to ensure the sub-human treatment of Black and Brown people in this country. Let’s remember that the Nazis turned to the United States for ideas and inspiration and, as Isabel Wilkerson writes in “Caste,” found parts of Jim Crow too extreme even for them to implement. We are long overdue for a fundamental transformation of the culture, policies, and institutions that are propping up the tyranny of whiteness and white supremacy in this country. That tyranny is grounded in violence, whose logic is dehumanization, domination and oppression.

System change requires attitude shifts, behavior shifts and power shifts, which goes well beyond peaceful protests. Changing attitudes takes dialogue, listening, and developing a deeper understanding of why people and institutions remain neutral or oppose efforts to dismantle institutionalized racism. Listening and information gathering are key to shaping strategies, tactics and messages that target audiences beyond the base. Changing attitudes requires calling people in as much as it involves calling them out, and recognizing that individual accountability is only one part of addressing systemic racism and white supremacy. For every Derek Chauvin and Kim Potter, there is an institution of policing that prioritizes militarized approaches and continues to reflect a culture that places less value on Black and Brown lives than on white lives.

Power shifts require large numbers of people from within the different pillars of support that uphold racism to stop cooperating with that system. Organizer and trainer Daniel Hunter wrote an entire guide on building a movement to “end the new Jim Crow.” This means boycotting and divesting from corporations and institutions that support or enable racist policies and systems, which includes backing political candidates that endorse voter suppression. It means supporting unions and those who go on strike to withhold consent from corporations and institutions that place profit ahead of basic human dignity. Lastly, it means affirming and showing support (reverse boycotts) for those individuals, companies, and institutions that invest in equity and divest from racism.

Following yet another period of brutal violence in the United States, which includes a spate of mass killings by young men armed with assault weapons, and in anticipation of the verdict from the Chauvin trial, it is hard to see the light of hope. But transformation is on the table for so many of the challenges we face — including policing, where there is no turning back. Police departments across the country probably know this, and some may even be unsuspected allies in the effort to defund and transform. Let us draw inspiration from King’s exhortation that we reject an obnoxious peace and build a positive peace whose foundation is justice.

Maria J. Stephan is the co-author of “Why Civil Resistance Works: The Strategic Logic of Nonviolent Conflict,” “Bolstering Democracy: Lessons Learned and the Path Forward,” and “Is Authoritarianism Staging a Comeback?” Follow her on Twitter @MariaJStephan.