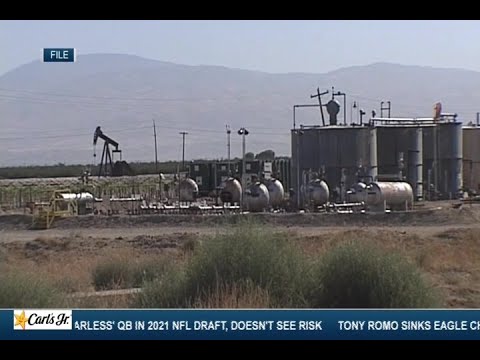 Ann Arbor (Informed Comment) – When running for office, Joe Biden pledged that the federal government would not ban hydraulic fracturing or fracking. This environmentally disastrous method of extracting petroleum and natural gas from shale rock beneath the earth involves pumping water down there under enormous pressure to break up the rocks and release the fossil fuels. The water is then left in pools on the surface, full of pollutants. New York and some other states have banned the technique, and California will ban new fracking from 2024. Pennsylvania depends on it, which is why Biden dissociated himself from calls for a prohibition.

Here’s the problem. Methane gas in the atmosphere fell in the last decades of the 20th century. Then since about 2008, methane gas emissions have increased rapidly. This is alarming. This is also a mystery. Why?

Scientists have shown that fracking natural gas is the culprit.

The Other Greenhouse Gas, methane, does not get as much press as carbon dioxide. The two gases are dictating our fates, sort of like ancient Greek gods, and they are very different. Methane is quick like Hermes or Mercury, the messenger of the Olympians, who speeds on winged sandals. Carbon dioxide is ponderous like Hephaistos or Vulcan, the god of the forge. Methane causes nearly 100 times as much heat from the sun to be retained on earth as does carbon dioxide. But it only hangs around for about ten years. Carbon dioxide is much longer-lasting.

If we want to keep the increase in average global heating under 1.5 degrees C. (2.7 degrees F.) by 2050, we need to radically pull back methane emissions. This is the message of a forthcoming United Nations report covered yesterday by the New York Times .

A couple of years ago, a Cornell University team was able to demonstrate that the mysterious rise in methane emissions was not the result of natural factors but came from fracking shale gas:

“Since 2008 . . . methane concentrations have again been rising rapidly. This increase, if it continues in coming decades, will significantly increase global warming and undercut efforts to reach the COP21 targe. The total atmospheric flux of methane for the period 2008–2014 was ∼24.7 Tg [million tons] per year greater than for the 2000–2007 period, an increase of 7 % in global human-caused methane emissions.”

He goes on to explain the answer to the mystery:

“Methane has been rising rapidly in the atmosphere over the past decade, contributing to global climate change. Unlike the late 20th century when the rise in atmospheric methane was accompanied by an enrichment in the heavier carbon stable isotope (13C) of methane, methane in recent years has become more depleted in 13C. This depletion has been widely interpreted as indicating a primarily biogenic source for the increased methane. Here we show that part of the change may instead be associated with emissions from shale-gas and shale-oil development. Previous studies have not explicitly considered shale gas, even though most of the increase in natural gas production globally over the past decade is from shale gas. The methane in shale gas is somewhat depleted in 13C relative to conventional natural gas. Correcting earlier analyses for this difference, we conclude that shale-gas production in North America over the past decade may have contributed more than half of all of the increased emissions from fossil fuels globally and approximately one-third of the total increased emissions from all sources globally over the past decade.”

A more recent study found that over 50% of all the increased methane emissions comes from just 5% of the fracking sites. I.e. there are super-emitters. Their leaks obviously need urgently to be plugged. But even better is not allowing any further super-emitters to emit.

North America has a small percentage of the world’s population, about 4%, but fracking shale gas in the past decade accounts for more than 50% of all increased emissions from fossil fuels in the world. That is astonishing.

It is also very, very dangerous. And fracking shale gas must obviously be banned if we are going to stop the rapid cooking of our earth.