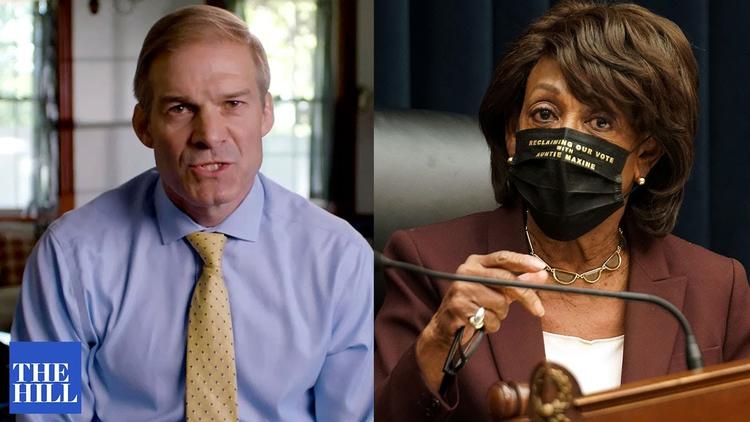 Ann Arbor (Informed Comment) – Ohio Republican congressman Jim Jordan chomped on to Dr. Anthony Fauci on Thursday like a rabid dog and spewed foam and spittle while prattling on about people being deprived of “liberty” during the pandemic.

He also managed to show complete disrespect to the chairman of the session, Rep. Jim Clyburn, shouting at him that he isn’t a scientist. I wonder what it is about Rep. Clyburn that provoked Jordan’s discourtesy? What could it possibly be?

Jordan means by “liberty” that bar owners should have been allowed to stay open with indoor service and packed crowds during the pandemic. He means that the property of a sliver of private businessmen should have taken precedence over the health of 330 million Americans.

The attitude of people like Jordan is why we are heading for 600,000 dead in the pandemic. Jordan has blood on his hands, inasmuch as there are Ohioans who listen to his advice. The horror– imagine that people like Jordan were running the United States last year this time, in the proud tradition of Captain Edward Smith of the Titanic.

The headline last June was “Jordan explodes when asked to put on mask” during a Congressional hearing. I mean, that is just rude. he was breathing on people and speaking heatedly, which means he was spraying them. He was also setting a bad — and deadly — example for his constituents. It was attitudes like that which ensured that his comrade in arms Louis Gohmert and his Fuhr– I mean, leader, the odious Trump, came down with COVID.

A little after Jordan’s very unwelcoming unveiling of his puss, 154 people were sickened from Covid by visiting one bar in East Lansing, MI. Dr. Fauci observed at a hearing, “Bars: really not good, really not good. Congregation at a bar, inside, is bad news. We really have got to stop that.” Most bars are not designed in such a way that people can keep their distance, and many don’t have good ventilation. Now that the nice weather is coming (if you consider a high of 58 degrees F. to be nice weather) in the upper midwest, maybe outdoor dining wouldn’t be so dangerous. But Fauci is still right about being packed together indoors.

That Fauci is still right is why Jordan was attacking him. Jordan doesn’t care about people, just about the businesses that fund his campaigns.

My state, Michigan, is in the midst of another Covid wave, which was kicked off in February when Gov. Gretchen Whitmer, under severe pressure from Republicans and owners of bars and restaurants, allowed the latter to open up. Michigan is now averaging nearly 7,000 new cases a day and nearly 50 deaths a day. It is thought that the state has been stricken in this way not only because of premature opening but also because it has become an epicenter of the UK Covid variant, which is considerably more transmissible than the original virus. The variants arise when a lot of people get Covid from acting like Jim Jordan, so human beings become petrie dishes for the evolution of a more efficient and deadly virus. Resisting mitigation measures makes things worse all around.

A new comparative study of states with mask-wearing mandates (of a sort Jim Jordan opposes) versus states with no such mandates shows once again that the virus doesn’t care what Jim Jordan thinks:

The authors add, “Eight states were reported to have at least 75% mask adherence in any month between June and September (AZ, CT, HI, MA, NY, RI, VT, VA); none reported a high COVID-19 rate in the subsequent month.”

It is nice to see the study confirm what anyone with the sense God gave them already knew. Hong Kong, where almost everyone masked up, had almost no Covid problem. Whenever I say this, someone replies, but we’re a democracy. Well, so are Virginia and Massachusetts, and they also got their covid numbers lower by getting 75% of the population to wear masks and socially distance.

The United States under Joe Biden is finally making enormous strides toward getting people vaccinated. Some 3 or 4 million people a day are now being vaccinated, since Biden called out the military to help give the shots and actually, like, organized the federal government response. He seems likely to get the job of getting to herd immunity done by July 4.

With regard Jordan’s question to Dr. Fauci about when Jordan can get his “liberty” back, that’s easy. When he and his death cult start acting like responsible adults and help get the country to 70% or 80% immune to the virus.

As for the date, well, Jordan should tell us.

Here’s the transcript, courtesy CNN, of his murderous burlesque:

(BEGIN VIDEO CLIP) REP. JIM JORDAN (R-OH): We had 15 days to slow the spread, turned into one year of lost liberty. What metrics, what measures, what has to happen before Americans get more freedoms?

DR. ANTHONY FAUCI, CHIEF MEDICAL ADVISER TO PRESIDENT BIDEN: My message, Congressman Jordan, is to get as many people vaccinated as quickly as we possibly can to get the level of infection in this country low that it is no longer a threat.

That is when. And I believe when that happens, you will see —

JORDAN: What determines when?

JORDAN: What? What measure? I mean, are we just going to continue this forever?

When does — when do we get to the point? What measure, what standard, what objective outcome do we have to reach before Americans get their liberty and freedoms back?

FAUCI: You know, you’re indicating liberty and freedom. I look at it as a public health measure to prevent people from dying and going to the hospital.

JORDAN: You don’t think Americans’ liberties have been threatened the last year, Dr. Fauci? They’ve been assaulted. Their liberties have.

FAUCI: I don’t look at this as a liberty thing, Congressman Jordan.

FAUCI: — as a public health thing.

JORDAN: And I’m asking a question.

JORDAN: What measures have to be attained before Americans get their first amendment liberties back?

FAUCI: I just told you that. I told you —

JORDAN: No, you haven’t given anything specific. You said, we hope when this — tell me specifically —

FAUCI: Right now, right now, we have about 60,000 infections a day, which is a very large risk for a surge.

JORDAN: And I get that, Doctor. And I don’t disagree with that. And I understand how serious that is.

But I also understand it’s pretty serious when businesses have been shut down, people can’t go to church, people can’t assemble in their own homes with friends and families.

People can’t go to a loved one’s funeral. People can’t get to their government, petition their representative to redress their grievances.

FAUCI: You just said people cannot assemble in their own homes. They can. That’s a CDC recommendation for —

JORDAN: Not last fall, they couldn’t.

FAUCI: I didn’t hear that.

JORDAN: Not last fall they couldn’t.

What number do we get our liberties back? Tell me the number.

REP. JAMES CLYBURN (D-SC): When 90 percent of the members of Congress get vaccinated.

JORDAN: But you’re not a doctor, Mr. Clyburn. He is.

What is the number?

UNIDENTIFIED CONGRESSWOMAN: Thank you for recognizing me, Mr. Clyburn. Thank you.

JORDAN: I want my question answered.

JORDAN: What does it have to be?

WATERS: Your time expired, sir. You need to respect the chair and shut your mouth.