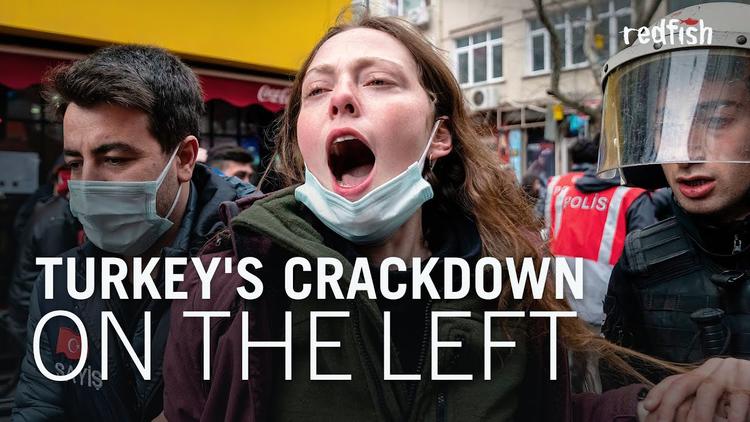 ( OpenDemocracy.net) – There is no doubt that current events in Turkey violate democratic procedures, personal and political rights and any obligation Turkey has as a member of international organisations such as the Council of Europe. Over the years, the EU has seen the Turkish government exert increasing pressure against the People’s Democratic Party (HDP), attempting to characterise it as a ‘terrorist party’ and ban it.

The latest attack against the HDP – the main pro-Kurdish opposition party and the third-largest party in the Turkish Parliament – comes from a top public prosecutor, who filed a lawsuit on 17 March 2021 with the country’s Constitutional Court to ban the HDP for being a party that fosters and supports terrorism.

On the same day, the government stripped HDP politician Ömer Faruk Gergerlioğlu of his status as an MP, in what an EU former rapporteur on Turkey branded an “illegal, immoral and cowardly act”. Gergerlioğlu is a human rights activist who has dedicated his political career to fighting discrimination and rights abuses, both in his constituency in the province of Kocaeli and across the whole country. But his actions are considered subversive and he stands accused of “fostering terrorist actions”, following a single controversial social media post in 2016.

Unfortunately, HDP politicians have often been victims of political prosecutions. Dilek Hatipoğlu, former mayor of the eastern province of Hakkari, was sentenced to 16 years and three months in prison in 2016, accused of ‘misconduct of office’. Selahattin Demirtaş and Figen Yüksekdağ, former co-leaders of the HDP, are also in prison. The party’s MPs, some of whom are still under attack, include Garo Paylan, Huda Kaya, Sezai Temelli, Pero Dundar, Fatma Kurtulan and Serpil Kemalbay, as well as Pervin Buldan (co-chair of the HDP’s parliamentary group) and Meral Danis Bestas and Hakkı Saruhan Oluç (deputy chairs). Note that more than 800 summaries of proceedings, case files that will be examined in Parliament, have been brought against HDP MPs since the 2018 general elections.

This new move to ban the HDP by President Recep Tayyip Erdoğan is just the tip of the iceberg. It comes after years of attempts to marginalise, victimise, imprison and allegedly even torture politicians, academics, artists and citizens in Turkey. Despite being aware of all this, the international community has chosen – and still chooses – to remain silent.

Last December, however, the European Court of Human Rights did rule against Turkey in the case of Selahattin Demirtaş. The court asked for his immediate release from prison, noting that the Turkish government had an ulterior purpose in preventing him from carrying out his political activities, depriving voters of their elected representative and “stifling pluralism and limiting freedom of political debate: the very core of the concept of a democratic society”. Despite this decision, the wider international community did not pressure Turkey to release him, and he remains in prison.

President Erdoğan continues to use prosecution and imprisonment as a way of intimidating and removing his political opponents. And this practice will continue, unless it is criticised and condemned by democratic countries, both in Europe and beyond.

Banning the HDP and denying the political will of millions of people should not be tolerated by democrats. Democracy, and respect for human rights and freedom of speech, are under threat in Erdoğan’s Turkey. This is why European and international democratic forces need to react immediately, not only to support and show their solidarity for the HDP, but also to acknowledge that we are now engaged in a struggle to save democracy itself.

Foteini Bakadima is the MeRA25 (the electoral wing DiEM25 formed in Greece) MP of Piraeus 2nd district in Greece, and a member of the DiEM25 (Democracy in Europe Movement 2025) coordinating collective

Redfish: “Turkey’s Crackdown On The Left Interview With Filiz Kerestecioğlu”