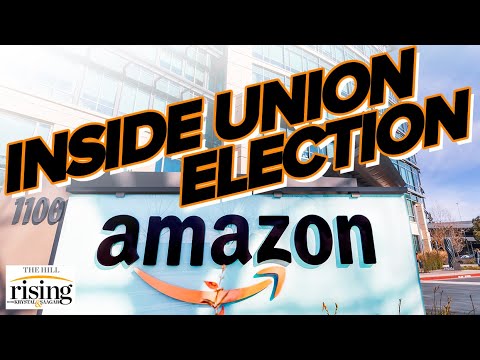 Southwest Harbor, Maine (Special to Informed Comment) – That unions lost the battle to organize Amazon’s Bessemer, Alabama plant should and did come as no surprise. The workers were up against one of the world’s most affluent and powerful corporations. Yet despite the 2 to 1 loss, the organization effort did help to reveal Amazon’s business model and in the process provide further incentives for labor activism.

Amazon is a shady conspiracy willing to engage in any activity both legal and illegal to advance its interests. The union has lodged numerous complaints of unfair labor practices. Though the corporation properly has the right of appeal, if history is any guide, Amazon will settle with the National Labor Relations Board with a promise, which it will incomspiculosly post, not to be naughty again.

The NLRB’s very limited enforcement powers and Amazon’s willingness to exploit its every advantage has dire consequences for its shop floor workers. One of the most serious complaints against Amazon has been protection against the Covid virus during the pandemic. Two of its workers maintain they were fired for protesting inadequate safety standards. But enforcement standards are so weak (often just a few thousand dollars per violation) that Amazon will treat the matter as a minor routine business cost. Both NLRB and OSHA include provisions prohibiting retaliation against unionization and workplace safety advocates, but these are inconsequential given weak or nonexistent enforcement mechanisms. (In five decades of OSHA only 99 regulatory actions have included a criminal prosecution for death of a worker. The median penalty for killing a worker is about $4,050.)

Amazon’s non- union workplace is dangerous. Imagine the following scenario: The corporation introduces new robotic instruments and technologies for sorting orders, but insufficient resources devoted to training lead to injuries and one fatality. Workers take their concerns to management, but not receiving any satisfaction they bring their issue to OSHA and discuss possibility of unionizing in order to force a reluctant management to devote more resources to training as well as other safety- enhancing changes. Amazon fires workers most vocal on unions, begins captive audience meetings with workers, surreptitiously hires firms that specialize in union busting and how best to evade or violate labor law even as workplace health issues persist.

Such a scenario ought to be called what it is, a conspiracy. And that conspiracy takes an obscene toll. Here is Real News anchor Marc Steiner in an interview with forensic economist Bill Black: “And in many, many cases these are repeated willful, where they have already killed people at the same job site through the same mechanisms, and there’s still this complete unwillingness to prosecute… under federal law, not even a felony to willfully violate the safety laws and kill dozens of people over dozens of years.”

“If my neighbors and I… were concerned about a local oil refinery dumping toxins into a nearby river, we could create an organization to fight that pollution. …Depending on how effective our group was, we may incite the ire of the oil company, which could threaten and harass us in various ways in an attempt to weaken and defeat us. But no matter how aggressive they got, at no point could the oil company have a say in who is or is not allowed to join our group, nor could they meet one-on-one with group members to convince them that being part of the group is a bad idea, or suggest that joining might cost them their livelihood. Our decision to form our group, and others’ decision about whether or not to join it, would be ours and ours alone.”

The PRO Act (Protect Right to Organize) addresses these and other inequities in long- standing US labor law. In a recent interview in Jacobin, Jim Williams, a leader in broad union organizing efforts, points to some of the key features of this legislation: ”It streamlines and modernizes the election process for workers trying to organize. It takes away the employer’s ability to hold captive-audience meetings, which they do regularly during organizing campaigns. It increases penalties for employers that do stand in the way of workers during an organizing campaign and puts restrictions on employers to prevent them from interfering.”

Some on the Left have argued that because the dice are so heavily loaded against labor in organizing elections it makes no sense to attempt to organize until the PRO Act is the law of the land. From my perspective, however, this is a bit of a Catch-22. The PRO Act is the most radical labor reform in a generation and will be met with fierce opposition. Nor can Democrats be counted on to persist in this fight. Its passage will require sustained rank and file pressure. How best to expose and counter vicious corporate repression will depend on local circumstances. (An excellent voice of rank and file labor is Labor Notes.) Movement on both fronts has never been more important.