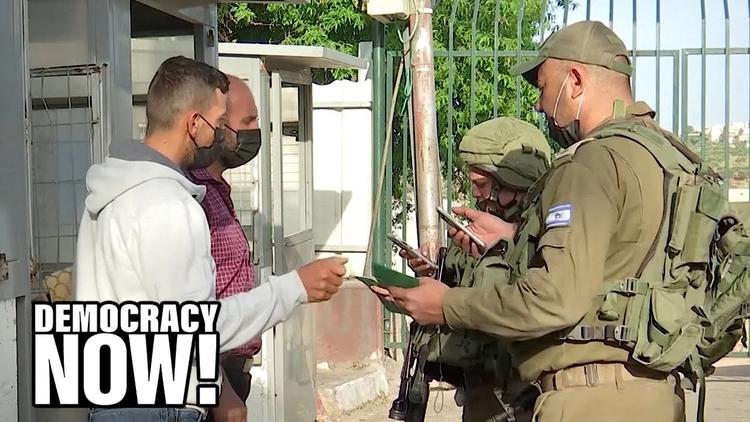 This is not the first time the term “apartheid” has been applied to the case of Israel and Palestine. Palestinians have described their daily experience in this way since at least the mid-1960s. But the report from the international human rights organisation has brought the term into mainstream public debate.

Language plays an important role in the rhetoric on Israel and Palestine, as I explain in my book on Israeli anti-occupation and human rights activism. Referring to the “Israeli-Palestinian conflict”, “Israeli military occupation”, “Israeli settler-colonialism” or “Israeli apartheid” reflect different ideological perspectives. Beyond the level of rhetoric, these terms also signify different legal frameworks and therefore differing obligations for Israelis and Palestinians.

While it is important to determine the accuracy of the report, equally important is understanding the term “apartheid” and the implications of defining the situation as such.

Origin of the term ‘apartheid’

The word “apartheid” first gained currency as an ideology and political tool promoted by the National Party government in South Africa, under which they won the 1948 general election. The term is translated from Afrikaans, meaning “apartness”. It promoted the separation of different racial groups.

Apartheid initially purported to “enable the equal development and freedom of cultural expression” and allow the groups to “run their own affairs”. But in practice the system privileged the white minority and discriminated against Native (Black), Coloured and Indian people.

Apartheid was based on Afrikaner fear that their way of life would be threatened by the “rising tide of colour”. The system aimed at reducing the power of non-whites by separating them from each other and dividing the Black population along tribal lines.

Legislation imposing racial segregation had been enforced since the mid-1850s. But the overt ideology of the National Party was not enforced until 1950. This was when the Population Registration Act detailed the basic framework for apartheid by classifying all South Africans by race. Until the end of apartheid in the early 1990s, a system of laws ensured the separation of the races and the discrimination of non-whites.

Since 1962, the UN general assembly annually condemned South African apartheid as contrary to the UN charter. But it was not until 1973 that the UN declared acts of apartheid as constituting a crime under international law, through the Convention on the Suppression and Punishment of the Crime of Apartheid.

In 2002, the Rome Statute of the International Criminal Court included the crime of apartheid as a “crime against humanity”. This is understood as comprising “inhumane acts … committed in the context of an institutionalised regime of systematic oppression and domination by one racial group over any other racial group”.

Other countries have thus been accused of employing practices that amount to the crime of apartheid, including China and Saudi Arabia. Human Rights Watch conducted a similar study to the Israeli case and defined the abuses committed against ethnic minorities by the Myanmar government as crimes of apartheid.

Despite apartheid becoming a universal legal term, discussions arising from the Human Rights Watch report and earlier accusations of Israeli apartheid often centre on whether the term is relevant beyond the case of South Africa. Those who apply the term often cite similarities to South African apartheid and those who reject the term highlight the differences.

In many cases, the term is used as a rhetorical tool to emphasise the severity of abuses committed, and to rouse opposition to emulate that of the anti-apartheid movement. Others reject such accusations and use the term “Israeli-Palestinian conflict”. This implies there is a two-sided conflict that can only be resolved through negotiations between both parties.

In South Africa, the issue was not about denying whether there was a policy or system of apartheid. The debate focused on whether those who were racially different should have the same rights.

The terminology used is not only a matter of rhetoric, it determines the legal framework governing the situation. Under current International Law, the West Bank, Golan Heights and East Jerusalem are defined as Occupied Territories, under Israeli military occupation following the war in 1967. Laws of occupation are drawn from the law of international armed conflict.

The consequences, as explained by legal scholar Eyal Benvenisti, are that “at the heart of all occupations exists a potential – if not inherent – conflict of interest between occupant and occupied”.

It is the occupying forces, however, that have the power to decide where the balance lies. Hence, much of the opposition to military occupation is about redressing the balance and protecting the rights of the occupied population.

Other considerations and issues arise if the framework is defined differently. Defining the situation using the legal term of “apartheid” points the finger solely in one direction, accusing one party of not only being unlawful but of committing a crime against humanity. It removes the symmetry stemming from the term “conflict” and the justifications of “reasonable” or “proportional” acts that stem from the legal framework of occupation. Terminology matters.

And yet, does terminology matter to those who face discrimination and daily abuses of their rights? Whether apartheid, occupation or conflict, unless concrete action is taken to resolve the situation, it seems the question still remains that of who deserves rights, who does not, and who gets to decide.