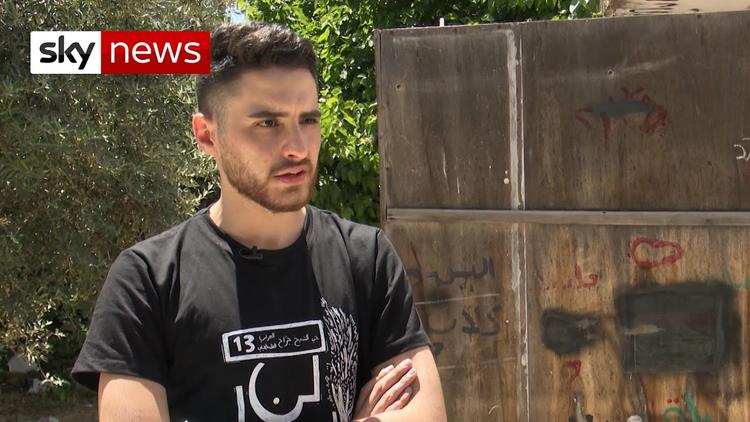 Ann Arbor (Informed Comment) – Israel and Hamas agreed on an unconditional ceasefire to begin at 2 am on Friday morning, which both sides put into effect, according to the Washington Post.

Palestinians throughout the Occupied territories celebrated what they saw as a victory, according to Al Jazeera. One man in Gaza told the network that he took pride in the Hamas fighters who had allowed him to hold his head up high in the face of the enemy. Palestinians have an ideology of sumoud or steadfastness in the face of a superior enemy.

In the Occupied West Bank people also celebrated, in part because the ceasefire came after only 11 days of heavy bombardment of Gaza. In 2008-2009 it went on for a couple of months.

People also were jubilant in Israeli-annexed Sheikh Jarrah, one of the flashpoints that provoked the recent round of Israeli bombardment of Gaza. Some of them told Al Jazeera that this time, it was different, that Palestinians across the board had been united in spirit.

There is a severe division between Hamas in Gaza and its rival, the Palestine Liberation Organization, with the latter controlling some of the West Bank. But in this conflict, Sheikh Jarrah and the al-Aqsa Mosque in Jerusalem were rallying cries that united Palestinians across political faction and geography.

Aside from uniting the Palestinians as perhaps never before, the Israelis had no particular success. Oh, Gaza has been made even more of a humanitarian catastrophe than it already was. But Israel accomplished nothing of significance militarily. The Israeli military dreams of decapitating the pro-Islam party-militia Hamas, and we saw Ariel Sharon’s assassination campaign against its leaders (one in a wheelchair) in 2004. Hamas didn’t collapse then and it won’t now. By the way, the 2004 assassinations in Gaza helped kick off demonstrations and attacks on US mercenaries in Falluja in occupied Iraq, since Fallujans identified with Palestinians in Gaza and had formed a local branch of Hamas. Americans died in all that.

The Israeli military maintains that it destroyed arms depots and rocket manufacturies. Maybe Hamas’s ability to make the handful of long-distance rockets they stocked has been harmed. But most little Gaza rockets could be made by a science class of eighth-graders, and they haven’t loss the ability to make them. Most of the rockets are useless militarily anyway– they are just a means for Hamas to wage psychological warfare with the Israelis who have had Gaza under blockade since 2007. While the rockets are a big nothing and almost all of them land uselessly in the desert or are intercepted, a tiny few get through and force Israelis to go to shelters. Israelis would like to forget the 5 million Palestinians they keep stateless and without basic rights just over the Green Line. The Palestinians are mostly weak and helpless, but they occasionally remind the Israelis that they are there. 70% of Gaza families were expelled by Israel from its southern cities, and they remember where they used to live. Israelis had hoped they would forget. They haven’t. They won’t.

Gaza has been left without much electricity. Water purification and sewage has broken down, raising the specter of cholera. There is still a covid-19 pandemic in Gaza, since the Israeli government has ignored its obligations to the people it occupies under international law and refused to vaccinate them. Thousands of families have been made homeless. The major bookstore was bombed. The life of Palestinians under Israeli occupation will go on being hell.

Israel’s Occupation and slow ethnic cleansing of the Palestinians flourishes in the dark. By attacking worshipers in the al-Aqsa Mosque, Israel threw an enormous spotlight on its actions in Sheikh Jarrah. These actions had the effect of uniting Palestinians across all four of their major administrative categories– Gaza, the West Bank, Jerusalem and Israel proper.

Israel imagines that it has defeated Palestinian aspirations to statehood. But what it has done since mid-May is to contribute further, and powerfully, to the ethnogenesis of the Palestinian people, and to unite them across the board.

Sky News: “Israeli-Palestinian conflict: The challenge of control over a Jerusalem neighbourhood”