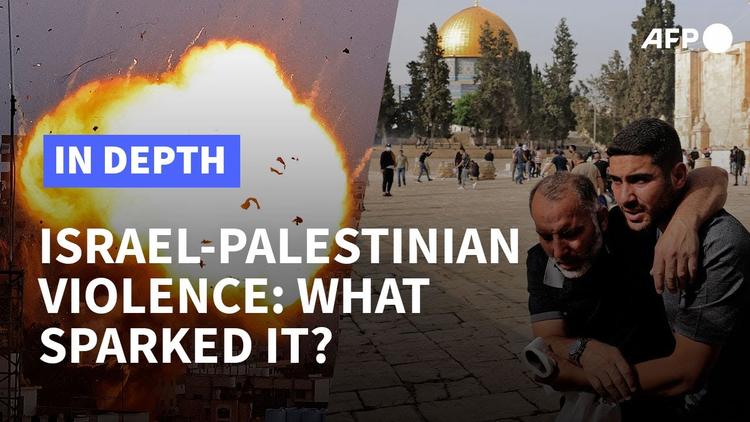 ( Middle East Monitor) – I am a Palestinian. I know about pain. I have felt it, seen it and lived through it many times. Ever since I was born, the Gaza Strip has faced brutal Israeli military offensives and incursions. Scenes of death and destruction are the backdrop to my life, having witnessed three major offensives in 2008/9, 2012 and 2014. The start of the occupation state’s latest aggression against the largely civilian population in Gaza last week was a shocking reminder of what went before.

Witnesses to the previous offensives know that the latest is the most brutal and devastating in terms of material and human losses. Hundreds of Israeli air strikes have been launched on the Gaza Strip in the worst escalation since 2014. In a blink of the eye, homes, livelihoods and lives have been destroyed. Parents have seen their children killed in an explosive instant; children have been orphaned. Can there be any greater pain to bear in life?

In 2014 Israel killed 2,251 Palestinians over 51 days; 551 of those killed were children, 299 were women, and around 11,000 others were wounded, with half a million people displaced because their homes were destroyed by Israel’s bombs. Today, after just over a week of Israeli bombardment, at least 217 Palestinians have been killed, including 63 children, with 1,500 wounded.

Residential tower blocks are a favoured Israeli target. Israel carried out more than 6,000 air strikes on Gaza during the 51 days of its 2014 offensive; around 18,000 dwellings were damaged or destroyed, as was much of the infrastructure. Just before the end of that onslaught, the occupation authorities warned that the next attack on Gaza would start where that one ended by targeting the tower blocks. Today, it is carrying out that threat. It has destroyed six major tower blocks in the heart of Gaza City. They housed apartments for dozens of families, offices, shops and media institutions. Al-Jalaa Tower, for example, was one of Gaza’s oldest high-rise buildings and the home of foreign media offices, including Al Jazeera and Associated Press. Its destruction obviously made the headlines, and many Palestinian families are now homeless as a result.

Hosam Salem, a photojournalist for Al Jazeera English and the New York Times, arrived in Gaza on the day that the offensive began. Gaza-born, he has been travelling the world with his job for a number of years, but hasn’t been able to see his family yet. His focus has been on trying to show the world what is happening.

The situation, he told me, is disastrous for Gaza. “As a journalist from Gaza who covered the previous offensive, I can see that this one is different and more aggressive. In less than half an hour, Israel launched 30 air strikes on the same square.”

As we spoke, the sound of explosions could be heard in the background. “Israel is not targeting what might be called military sites at all; it’s bombing civilian homes. Children and their families are being completely wiped off the civil register.” Moreover, he pointed out that the attack on Al-Jalaa Tower by Israel destroyed 20 years’ worth of media archives collected by many Arab and international outlets.

The ongoing air strikes on Gaza have also destroyed a total of 40 streets and major junctions. The roads attacked are generally those which provide access to hospitals and universities. Infrastructure such as the water supply and sewage networks, as well as public lighting, has also been hit.

The intention behind such attacks on civilians and the infrastructure is to damage the Palestinians’ internal solidarity and put pressure on the government in Gaza. There are no early warning sirens in the enclave, no bunkers and no place to escape from the bombs. More than 40,000 Palestinians in the Strip are now displaced.

A Palestinian father is seen holding his child in an ambulance after they were injured by Israeli air strikes in Gaza, 19 May 2021 [Mohammed Asad/Middle East Monitor]

All of this is happening while the Covid-19 pandemic is affecting the Gaza Strip badly. Palestinian health officials are worried about the increasing numbers of coronavirus cases as the onslaught continues. I left Gaza just four days before the offensive started, and the crisis in the healthcare sector was already acute. Even on normal days, the hospitals in Gaza are overwhelmed, an issue compounded by the shortage of medicines and medical disposables, as well as advanced medical equipment. Two days ago, the Ministry of Health announced that the sole laboratory for Covid-19 testing was bombed by Israel.

READ: ‘Aggression on Gaza is coming to an end, Hamas has won the battle of consciousness,’ says Yedioth Ahronoth

“We are trying hard to manage the pandemic and bomb casualties at the same time,” explained Dr Khaled Abusamra to me, speaking from the Indonesian Hospital in Gaza. “As a first step, we have isolated Covid-19 patients from those with injuries sustained during the Israeli onslaught in order to deal with both safely.” Such is the impact of the high explosives being used by Israel that even the families of the martyrs are often unable to identify their bodies.

Palestinians rescue a man who was trapped under the rubbles of a building following Israel’s air strikes in Gaza, 19 May 2021 [Mohammed Asad/Middle East Monitor]

It seems that it is the fate of the Palestinians to face the worst of Israel’s apartheid policies: the denial of basic and very legitimate rights, air strikes, ethnic cleansing and aggression are all intended to erase the presence of the Palestinian people in our own land. We all hope and pray that the wave of solidarity sweeping around the world is not just a passing phase which will disappear when the bombing stops. We must continue to struggle for our rights until the occupation is also brought to an end.

Israeli-Palestinian conflict: what sparked the worst violence in years? | AFP