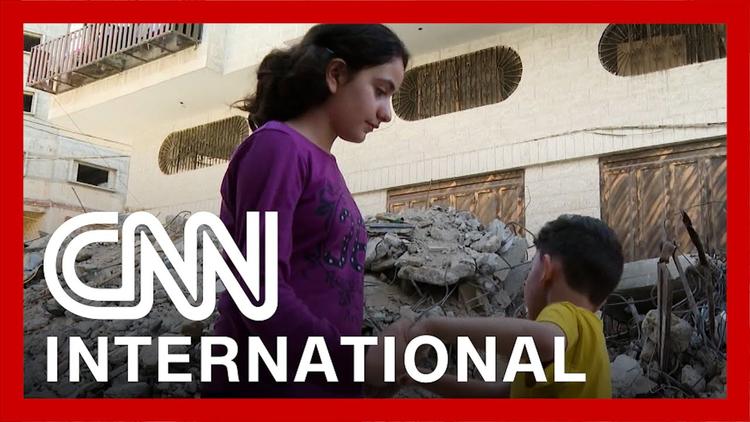 ( Middle East Monitor ) – In what looks to be a brave new world, even as its features are taking shape, a group of people has been able to change Palestinian and Israeli communities, as well as the regional environment and global awareness. They are the social media activists in Palestine, especially the Gaza Strip, and they are predominantly young.

In their resistance to the brute force of the Israeli occupation forces, the people of the Gaza Strip have created a global phenomenon that must be examined. The ongoing conflict is not like Israel’s previous offensives against the Palestinians. On this occasion, the defenders of Gaza have tested the capabilities of Israel’s much-vaunted Iron Dome missile defence system with what are still relatively primitive missiles; the system’s effectiveness has been called into question.

In doing so, they have also asked questions about the ability of Benjamin Netanyahu and his extremist narrative to unite Israel. Much of the discourse has taken place on social media, which Israel struggles to contain with its propaganda. The prime minister looked confused when he tried to respond to opposition questions, with the Israeli public no longer believing in his arrogance.

Gaza has also created a dilemma for Netanyahu in the relationship with Israel’s main benefactor, the United States. Despite President Joe Biden’s statements about Israel’s right to self-defence, the US president is under a lot of pressure from within his own party to refrain from offering unqualified support to the occupation state. This is perhaps the first time that this has happened.

Interestingly, it is those from the progressive wing of the Democratic Party which is exerting the pressure. Not the usual suspects of Congresswoman Rashida Tlaib and her colleague in the House of Representatives Ilhan Omar, though. Leading the way are Congresswoman Alexandria Ocasio-Cortez from New York and Senator Bernie Sanders.

This new awareness within the party has tied the president’s hands and kept him from announcing complete support for Israel. It has also made it difficult for Netanyahu to find an open door to receive him in Washington; this was never a problem in previous years. He is no longer able to bypass the White House and address Congress directly as he did when Barack Obama was president. Moreover, the doors of Congress have almost been slammed in his face thanks to the new moral high ground that Gaza’s young activists have developed on the international stage.

It is remarkable that what is happening in Gaza has completely eliminated the general confusion in the Arab world in terms of viewing Hamas as a “terrorist” movement or part of the Muslim Brotherhood. The resistance in the besieged territory has managed to overcome, if not end, the ideological separation in the Arab world between Islamists and liberals and all of the political and social currents in-between them regarding support for the resistance. While this melting of ideological lines may be temporary, it is important to note that a change has occurred and that the Arab liberal is no longer able to criticise Hamas as a movement, unlike in the past.

This change at the popular level has led to the development of new positions in the official Arab discourse. Look at Egypt, for example. In the latest Friday sermon delivered by Dr Ahmed Omar Hashem and broadcast by Egyptian television there was a clear message from the leadership that the state’s position identifies with the popular discourse in support of the resistance. Dr Hashem is not the Grand Sheikh of Al-Azhar, from whom we might expect different stances sometimes, but is closely associated with the official ruling institution. It is also important to note that the sermon was made from the Azhar pulpit, which is iconic in the Muslim world. The influence of Al-Azhar extends from Malaysia and Indonesia to Africa and Latin America, so this is a shift that has serious political implications.

The overall Arab position from the Atlantic Ocean to the Gulf has sent a clear message to Israel that popular support for the Palestinian resistance is coherent, and that counting on some cracks in public opinion, which the occupation state has succeeded in creating in the past, is now a false hope. This is forcing some within Israel’s turbulent political arena to re-assess what is happening in the region.

The Gaza situation has also imposed a new reality across occupied Palestine, reuniting the Palestinian citizens of Israel with those in the occupied West Bank, Jerusalem and the coastal enclave. The Arab cities inside Israel, such as Umm Al-Fahm, Acre and Jaffa, for example, have witnessed popular unrest. Gaza has imposed a new Palestinian reality.

This requires all Palestinians to reconsider several issues after the current crisis is overcome. For a start, the young social activists in Gaza have exposed the leadership in Ramallah and are asking whether the Palestinian Authority can lead the nation at this crucial stage. We may well see the emergence of new leaders.

It is noticeable that the social media activists are focusing on the moral, human rights and legal aspects of the struggle, which has gained them global support, and switched the narrative away from the more usual appeals for humanitarian aid. Morally and legally they hold the high ground in protecting and developing support for legitimate resistance to Israel’s brutal military occupation.

In other words, the young activists of Gaza have brought the Palestine-Israel debate back to the core issue: there is an occupying state with apartheid as an official policy waging a settler-colonial war against a largely civilian population generally abandoned by the international community. This takes the struggle back to its early days, bypassing the Oslo Accords and what came after.

Gaza’s youth have thus forced the US to seek regional partners to help the parties to climb down. Egypt and Jordan in particular have no option but to engage in the ceasefire process.

What the Palestinians have created on the ground is the imposition of a reality in occupied Palestine and Israel that cannot be ignored. They have also imposed a new regional reality that transcends the popular and official ideologies, as well as a new global reality that has seen pro-Palestine demonstrations from New Zealand to Europe and the US. A lot of the credit for this has to go to young social media activists. They have gone over the heads of the mainstream media to speak to the world directly, bypassing the control of the pro-Israel lobbies.

Has Gaza changed the world’s perspective on Palestine-Israel? It certainly has, and in doing so has demonstrated that local action can indeed have a global effect.

Dr. Mamoun Fandy is an Egyptian-born American scholar. He is president of the think tank London Global Strategy Institute, a former senior fellow at the Baker Institute, the United States Institute of Peace, and at the International Institute for Strategic Studies in London.

CNN: “‘I can’t deal with this anymore’: Video of 10-year-old in Gaza goes viral”