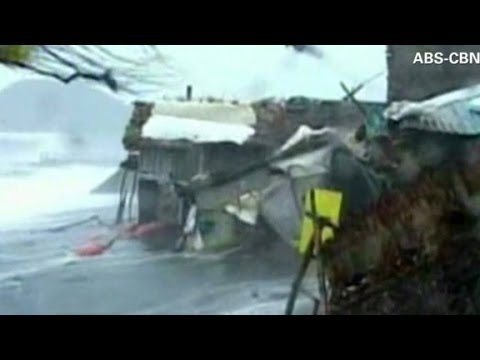 The climate crisis is no longer a looming threat – people are now living with the consequences of centuries of greenhouse gas emissions. But there is still everything to fight for. How the world chooses to respond in the coming years will have massive repercussions for generations yet to be born.

This is what the science suggests those very different realities could look like.

The 21st century draws to a close without action having been taken to prevent climate change. Global temperatures have risen by over 4°C. In many countries, summer temperatures persistently stay above 40°C. Heatwaves with temperatures as high as 50°C have become common in tropical countries.

Frequent and prolonged droughts torment vast swathes of the Earth’s land. The deserts of the world have expanded, displacing many millions of people. Around 3.5 billion live in areas where water demand exceeds what’s available.

Air pollution has a new major cause outside the traffic-choked cities: dust whipped up from now-barren farmland.

The Arctic is free of sea ice every summer. Average temperatures in the far north have risen by over 8°C as a result. The Greenland and Western Antarctic ice sheets have started to melt, releasing a huge amount of freshwater into the oceans.

Most mountain glaciers have completely melted. Skiing is now a predominantly indoor sport which takes place on giant artificial slopes. Most of the Himalayan plateau’s ice has disappeared, reducing the flows of the Indus, Ganges, Brahmaputra and Yamuna rivers which over 600 million people rely on for plentiful water.

The extra heat in the ocean has caused it to expand. Combined with water from melting ice sheets, sea levels have risen by more than one metre. Many major cities, including Hong Kong, Rio de Janeiro and Miami, are already flooded and uninhabitable. The Maldives, the Marshall Islands, Tuvalu and many other small island nations have been abandoned.

Many coastal and river areas are regularly flooded, including the Nile Delta, the Rhine valley and Thailand. Over 20% of Bangladesh is permanently under water.

Tropical cyclones have become stronger and affect tens of millions of people every year. Mega-cyclones, like 2013’s Typhoon Haiyan, have become more common, with sustained wind speeds of over 200 mph.

South-east Asian monsoons have become more intense and unpredictable, bringing either too much or too little rain to each region, affecting the lives of over three billion people.

Food and water insecurity has increased around the world, threatening the health and wellbeing of billions of people. Extreme heat and humidity in the tropics and subtropics has increased the number of days that it is impossible to work outside tenfold – slashing farm productivity. Extreme weather in temperate regions like Europe has made food production highly unpredictable. Half of the land devoted to agriculture in the past is now unusable, and the capacity of the rest to grow food differs widely from season to season. Crop yields are at their lowest levels since the middle of the 20th century.

Fish stocks have collapsed. The acidity of the ocean has increased by 125%. The ocean food chain has collapsed in some regions as the small marine organisms that form its base struggle to make calcium carbonate shells and so survive in the more acidic waters.

Despite advances in medical sciences, deaths from tuberculosis, malaria, cholera, diarrhoea and respiratory illnesses are at their highest levels in human history. Extreme weather events – from heat waves and droughts to storms and floods – are causing large loss of life and leaving millions of people homeless. Disease epidemics have plagued the century, spreading among populations beleaguered by widespread poverty and vulnerability.

Year 2100: humanity rises to the challenge

This is what our planet could look like if we do everything in our power to contain climate change.

Global temperatures rose to 1.5°C by 2050 and remained there for the rest of the century. Fossil fuels have been replaced by renewable energy. Over a trillion trees have been planted, sucking carbon dioxide from the atmosphere. The air is cleaner than it has been since before the industrial revolution.

Cities have been restructured to provide all-electric public transport and vibrant green spaces. Many new buildings have a photoelectric skin which generates solar energy and green roofs which cool the cities, making them a more pleasant place to live. High-speed electric trains reaching 300 mph link many of the world’s major cities. Intercontinental flights still run, using large and efficient planes running on synthetic kerosene that’s made by combining water and carbon dioxide sucked directly from the atmosphere.

Global diets have shifted away from meat. Farming efficiency has greatly improved during the transition from industrial-scale meat production to plant-based sustenance, creating more land to rewild and reforest.

Half of the Earth is dedicated to restoring the natural biosphere and its ecological services. Elsewhere, fusion energy is finally set to work at scale providing unlimited clean energy for the people of the 22nd century.

Two very different futures. The outcome your children and grandchildren will live with depends on what decisions are made today. Happily, the solutions I propose are win-win, or even win-win-win: they reduce emissions, improve the environment and make people healthier and wealthier overall.

This article is based on Mark Maslin’s latest book, How to Save Our Planet: The Facts.