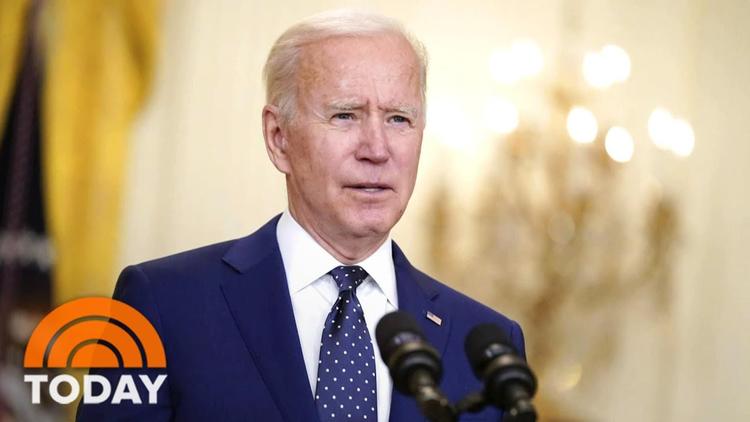 Ann Arbor (Informed Comment) – A new ABC News/ Ipsos poll finds that 64% of Americans are optimistic about the next twelve months. It is the first time we have felt that way about ourselves since before George W. Bush crashed the economy by deregulating everything.

“Morning in America” was the slogan of the minor Hollywood actor and right wing opponent of working people Ronald Reagan, who shilled for the rich and cut their taxes, denying key services to everyone else. Reagan and Reaganism were mirages disguising an all-out assault on the US constitution in the form of the Iran-Contra scandal, in which Reagan sold the ayatollahs Pentagon weapons under the table and used the money to fund far right wing militias in Nicaragua.

Being Hollywood, Reagan was about the images. His team were good at glossy photos of sunrises and of Mr. Reagan on horseback. Reagan’s policies put the poverty rate up from 11% in the 1970s to as high as 15% in the 1980s, before it fell to 13% later in the decade. Reagan began the process of breaking the unions, which has driven workers’ salaries and benefits into the basement ever since. Reagan deregulation of banking led to the Savings and Loan Scandal, which foreshadowed the much huger mortgage finance scandal under Bush. Reaganites, as Alan Greenspan later admitted, have trouble conceiving that a banker would steal from his own bank (they don’t have much of an imagination, much less common sense). It was actually midnight in America for a lot of people.

Joe Biden is actually bringing morning to America, and may be the perfect anti-Reagan. Subdued rather than flashy, owner of a mean dog, with a low level of tolerance for malarkey, Biden isn’t giving us photo-shopped pictures of sunrises.

He’s giving us vaccinations and jobs, thus gradually bringing to an end both the pandemic and the recession it caused. And making us optimistic.

And that is what the American people want. Reagan made it fashionable to threaten the middle class that the Democrats would raise their taxes. What he and his successors wouldn’t admit was that cutting taxes on the rich hobbles the government and prevents it from providing needed services. It also promotes vast inequality in American society, creating a small class of billionaires well placed to buy our politicians and capture policy while shipping jobs overseas to add further to their obscene piles. Republicans so worshiped the idle rich that they even thought an unbalanced real estate developer who kept going bankrupt and was terminally corrupt and fatally incompetent would make a good president.

The Ipsos/ABC poll suggests that this GOP scam may finally have run out of steam. In their poll, a majority, 52%, said that right now, having the federal government spend money to help the economy, even if it increases taxes, is more important.

A plurality said taxes should be kept the same even if it meant preventing the government from helping the economy.

That’s right. A majority of Americans thinks the government can and should rescue us from the Trump pandemic/recession, even if it means raising taxes.

Reaganism, if it is not dead, seems to be on life support.

Then there was the Republican tactic that was applied to Obama, of saying ‘no’ to everything and then blaming Obama for not accomplishing anything. In 2016, the public had a chance to punish the GOP for this obstruction and for trying to take away people’s health care and other benefits. They didn’t seem, however, to know who the bad guy was and actually rewarded Mitch McConnell for torpedoing anything that seemed likely to help everyday folks as opposed to Koch Industries. The Republicans in Congress kept telling Obama they would support some bill, but then after they got him to water it down, they still voted against it. Since Obama seemed not able to deliver anything to his constituents, some of the latter turned on the party. There is always party competition, but the freeze-out of Obama on the Hill surely was unprecedented.

President Biden campaigned on bipartisanship, and his programs certainly have the support of large numbers of Republicans. But most of the Republicans in Congress do not actually represent their constituents back home, or at least don’t primarily do so. They represent the big corporations who pay for their campaigns. And many of those corporations and the billionaire class whose vehicles they are hate Biden like the devil hates holy water. I say “billionaire class” but there are really only 724 of them. Each Republican congressional representative and Senator represents roughly 2.8 billionaires. And they don’t want Biden to raise their taxes or convince people that government can do things better than their corporations can.

So not a single Republican voted for Biden’s Covid relief measure, and most likely none of them will vote for infrastructure or anything else Biden tries to accomplish.

But the American people seem finally to have Mitch McConnell’s number.

Asked, “Do you think Joe Biden is doing too much, too little, or about the right amount to compromise with the Republican leaders in Congress on important issues?” a majority of 51% said that Biden is doing “about the right amount.” Another 9% thought he was bending over backward with the Republicans a bit too much. So 60 percent say Biden is being perfectly accommodating of his colleagues across the aisle. Only 39 percent disagree, which is to say, the third of Americans who are Republican Party members plus a few independents. Most independents are clearly breaking the other way.

Asked, “Do you think the Republican leaders in Congress are doing too much, too little, or about the right amount to compromise with Joe Biden on important issues?” over two-thirds, some 67%, said “too little”!

So they know who is obstructing bipartisanship this time, and they don’t think it is the president.

A quarter of Americans think the country is more united since January, and nearly half think it at least isn’t more divided than it already was. Among those who think it is more united, 87 percent give credit to president Biden.

Only 28 percent think America is more divided, which would mean that not even all Republicans think that.