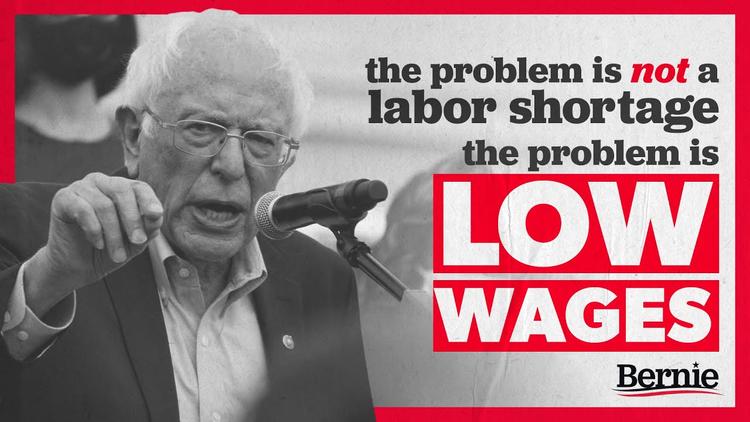 From the earliest days of the Pandemic relief initiatives business lobbies and conservative pundits have griped about the $600 Federal Unemployment Insurance supplement. They complained that combined state and federal programs would give many employed workers more income than they received in their current jobs. Workers would have an incentive to stay home to sit on the couch and munch on potato chips..Senator Lindsey Graham even complained that the $600 would be enacted only over his dead body. Fortunately Democrats (barely) stuck together and enacted the benefit and on its expiration another $300.

Most interestingly the prolonged debate over this measure has given scholars time and incentive to look into the grounds—if any—of the concerns motivating these conservatives. In the November/December issue of Dollars and Sense Wheaton economist John Miller summarized and drawn some the implications here:

“Yale economists Dana Scott and Joseph Atlonji…s examined the weekly data from Homebase, a scheduling and timesheet system used by restaurants, bars, retail stores, and other service-sector businesses. They conclude that ‘the expansion in UI [Unemployment Insurance] replacement rates did not increase layoffs at the outset of the pandemic or discourage workers from returning to their jobs over time.’”

2, Ernie Tedeschi, now Managing Director and Policy Economist at Evercore ISI, a financial consulting firm, examined Current Population Survey data (which is a key source for labor force statistics) for evidence that the effects of the ratio of unemployment benefits to previous wages had affected the likelihood that workers left a job or accepted a new one. He found no such evidence. Like the authors of the Yale Study, Tedeschi makes clear that his results are specific to the pandemic economy. He writes: “If the economy were at full employment, if there was no pandemic, and if the [generous unemployment insurance] were permanent rather than a temporary component of the UI system, I’d expect an effect.”

Why might workers be more willing to quit and take the expanded benefits in a full employment economy? Perhaps because that gives them a safety net and thus some freedom to seek better jobs and/or enhanced quality of life. It is also not a set of alternatives employers want to confront. This is not feudalism but as much as possible employers seek to tie employees to their jobs, at least as long as that status suits them. Paradoxically it is the absence of a permanent generous unemployment insurance benefit that leads workers to cling even to poverty level wage jobs. In the modern neoliberal state government is a fickle friend.

This whole debate works on the assumption that the basic default position is that workers’ obligation to accept the offer of a job. Liberals are wiling to qualify this requirement under certain narrow conditions, spelled out in advance, such as how far one has to drive or unreasonable night shift requirements. No where is there a suggestion that work could be intrinsically satisfying, especially if workers themselves had input in their design How might employers feel if the default position were reversed and employers required to accept every applicant?.

In the real world of today’s economy exactly the opposite priorities prevail. Employers’ desire for more workers takes center stage. Media have criticized workers for not accepting restaurant jobs even though this work is clearly dangerous. Most conventional restaurant jobs involve congested, poorly ventilated indoor space; workers are fired for complaining; the Occupational Safety and Health Administration is understaffed and defanged. Government benefits are transient and at the mercy of the Lindsey Grahams and Joe Manchins of our sclerotic political system.

No wonder there are shortages of workers at the wages and working conditions employers are willing to offer. If you believe in its omniscience, the market is signaling corporations and businesses that employers must offer more.