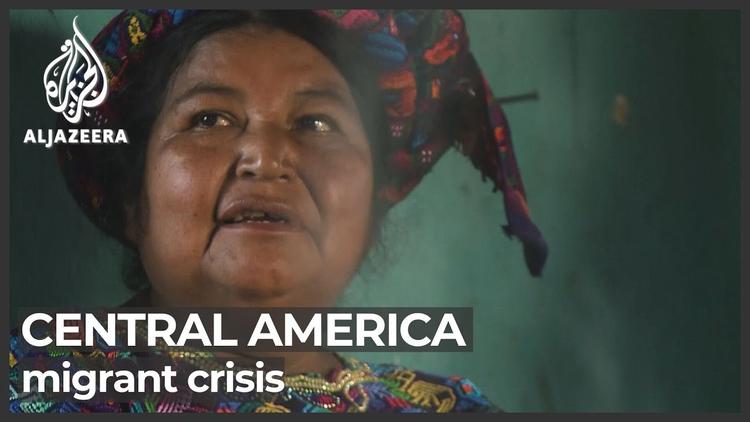 Southwest Harbor, Maine (Special to Informed Comment) – Democrats claim to defend an honest rendition of US history, one that will be attentive to the injustices inflicted by slavery and racism. Unfortunately, however, that honesty stops at the water’s edge. While the president prepared for and conducted a widely- covered summit that among other things warned Russians not to interfere once again in US elections, Vice President Harris was sternly admonishing Central American to stay put.

One strand that unites Biden’s chastisement of Putin and Harris’s blunt command is their historical amnesia. They chastise Russia and Central America from an assumed stance of moral purity. Nonetheless, their version of American exceptionalism won’t survive even a casual examination of recent US dealings with Russia or the triangle states of Central America.

Vice President Harris has received some praise for acknowledging that surges in migration are a reflection of underlying causes. Poverty, violence, and corruption are most often cited. Correct as this observation is it fails to acknowledge US responsibility for those causes. Violence poverty, and corruption are treated as free- floating maladies that just happened and around which US policy must navigate. If things go badly that is because violence and corruption were too great.

Dana Frank, emerita professor University of California/Santa Cruz points out: “people are very much fleeing poverty. But that poverty, again, is not a natural disaster. It’s the direct result of the post-{US-backed ]coup policies.” Neoliberal faith in markets destroyed the state, which is the only barrier to the excesses of the market.. In addition “ state services have been destroyed because the elites that run the government are just robbing it blind. For example, the president and his party stole as many as $90 million from the national health service in 2013 to pay for their campaigns, and so then there’s no national health service that functions.

Frank observed that while then Vice President, Joe Biden wanted to give a billion dollars to the governments of the so-called northern Triangle of Honduras, Guatemala and El Salvador in order to stop migration and address root causes, “If you look at that, it’s pouring precisely into the same security forces and sectors of the economy that are causing the very repression, the very destruction of the economy that people are fleeing.”

That sort of amnesia seems well distributed in DC., as was demonstrated in the press conference following the summit. Here is President Biden’s remarkable revisionist history:: “get this straight: How would it be if the United States were viewed by the rest of the world as interfering with the elections directly of other countries, and everybody knew it? What would it be like if we engaged in activities that he is engaged in? It diminishes the standing of a country that is desperately trying to make sure it maintains its standing as a world power.” In response to this absurdity the DC press corps lent its tacit ascent by remaining silent.

What is involved here is more than an academic controversy over recent Central American history. As the editors of NACLA point out: “memory can be leveraged as a tool of education, political action, and alternative building, while its antithesis, forgetting, can serve as a weapon to impose silence and erasure.

Joe Biden is notoriously muddleheaded. Perhaps the most charitable way to regard these words is as another incoherent rant. If policy choices are guided by a conviction of US innocence and even international faith in that innocence, more self-defeating atrocities marked all over with the USA brand will likely emerge.

Al Jazeera English: “Al Jazeera is funded in whole or in part by the Qatari government”