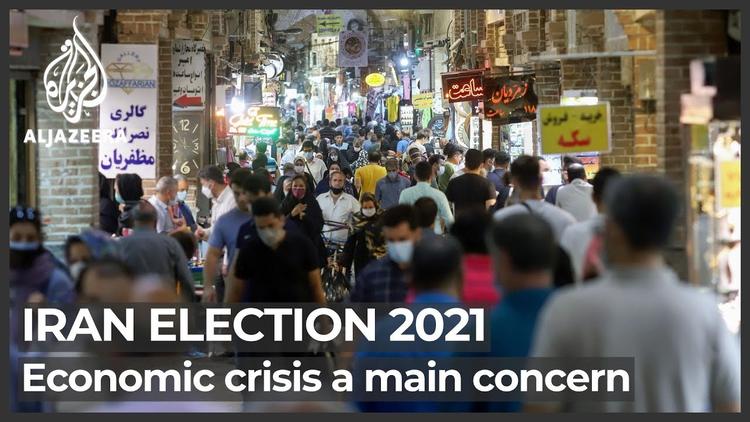 Iran’s conservative rulers’ effort to orchestrate the outcome of the June 18 presidential election triggered a voter boycott – but the result may still bode well for ongoing negotiations over the lapsed 2015 nuclear deal.

The leading candidate is Ebrahim Raisi, chief of Iran’s judiciary and close ally of the supreme leader. He is all but assured of a victory after the candidates who could have posed a serious challenge to him – including three reformists – were disqualified and prevented from participating in the election.

The unprecedented disqualifications have outraged large groups of liberal and moderate voters, and many have pledged to boycott the election. As a result, the turnout is expected to be well below 50%, and most likely a historic low.

But who is Ebrahim Raisi, and how would his presidency alter Iran’s domestic and foreign policies? As an economist and close observer of Iran, I believe we can start to answer these questions by exploring his past.

Raisi is a loyal regime insider with a long career in Iran’s judicial branch, which goes back more than four decades.

He was only 19 when the Islamic revolution deposed the shah in 1979. As a young Islamic activist, he caught the attention of several top revolutionary clerics, including Ali Khamenei, who became Iran’s supreme leader a decade later.

Named the general-prosecutor of Kataj – a small city near Tehran – at age 20, Raisi quickly rose to more prominent positions. In 1989, when Khamenei replaced Ruhollah Khomeini as supreme leader, Raisi was promoted to chief prosecutor-general of Tehran.

This promotion reflected the high level of trust that Khamenei had in him. While serving in these positions, Raisi also attended seminary and religious studies under Khamenei and other influential religious leaders.

During the first decade of his career, Raisi convicted a large number of dissidents and political opponents of the Islamic regime and sentenced many of them to death.

Regime critics and his political opponents have condemned his direct role in these executions, particularly the large number of political prisoners who were executed in 1988.

From 1994 to 2004, Raisi served as head of Iran’s general inspector office, which is responsible for preventing abuse of power and corruption in government institutions. It was in this position that he developed a reputation as a crusader against government corruption. Even as he was appointed as the first deputy chief justice in 2004 and finally promoted to chief justice in March 2019, he continued his fight against corruption by prosecuting many government officials.

His critics have argued, however, that his fight against corruption has been highly politicized and selective. They claimed that he targeted individuals who were affiliated with his political rivals such as President Hassan Rouhani.

Raisi first ran for presidency in 2017 but was defeated by Iran’s current President Hassan Rouhani, who after two terms is ineligible to run again.

In this year’s election, Raisi is the favorite candidate of the conservative right wing of the Islamic ruling elite and also enjoys the support of Ayatollah Khamenei, who has absolute power over all branches of government. Khamenei also directly appoints half of the 12-member Council of Guardians, which oversees all political elections and has the power to disqualify candidates without any public explanation. Khamenei publicly endorsed and defended the disqualifications.

Likely return to the nuclear deal

One of the institutional weaknesses of Iran’s political system since the 1979 Islamic revolution is the potential for tension and disagreement between the elected presidents and the supreme leader.

That is, unlike in the U.S. system of government, the Iranian president’s powers are extremely limited. For example, a reformist president may want to engage more with the West or stay out of a foreign conflict, but the supreme leader could overrule or simply ignore him.

As a protege and close ally of the supreme leader, Raisi is expected to support Khamenei’s policies on both domestic and foreign policy – which means more coordination between the various branches of government. With the Parliament also dominated by Khamenei supporters, it also means that the conservatives will control all three branches of the government once again after eight years.

This harmony means Raisi would be a lot more effective as president because whatever policies he pursues would most likely be supported by the supreme leader.

And perhaps ironically, his victory could pave the way for a more compromising attitude on the side of Iran in the negotiations that are currently underway in Vienna for restoration of the 2015 nuclear agreement, which was derailed by former U.S. President Donald Trump in 2018.

The reason for this unconventional prediction is that both reformist and conservative factions in Iran are fully aware that a new nuclear agreement, which could end the severe economic sanctions imposed on the country, is highly popular. The team that signs the agreement will receive credit for ending the economic hardship the country is currently enduring. For example, inflation is over 50%, exports have plunged due to the sanctions and over 60% of the population is now in poverty, up from 48% just two years ago.

If Raisi becomes president, the conservatives and the supreme leader have greater incentives to reach an agreement with the United States for lifting the sanctions as they could no longer blame a reformist president for the economic hardships.

The success of this strategy, however, is far from guaranteed.

First, if Khamenei, Raisi and their hard-line supporters insist on maintaining Iran’s confrontational foreign policy, it seems unlikely to me that the economic sanctions against Iran will ease. Not all of them are tied directly to the nuclear deal, including sanctions against Raisi himself.

Second, the growing alienation and frustration of large segments of Iran’s population – especially after reformists were banned from running for president – may still lead to mass unrest and political instability.

Raisi’s victory can have an even more significant impact on Iran’s politics in the long run because it might pave the way for him to become Iran’s next supreme leader.

Ayatollah Khamenei is in his 80s, and a succession to a new supreme leader is considered likely in the next four years. According to many regime insiders, Raisi is considered the most likely to replace Khamenei if he wins the presidential election.

If Raisi eventually becomes Iran’s supreme leader, he would have far more powers to shape all types of policies. Based on his background and values, he is likely to resist political and social reforms and try to gain legitimacy for the Islamic regime by focusing on economic development in a similar fashion to the authoritarian regimes in Asia, such as China, by focusing on economic growth while curtailing political and social freedoms.

Raisi as president – and eventually as the supreme leader – would unlikely abandon Iran’s anti-Western foreign policy, but he has the potential to lower the tensions to a more manageable level in order to improve Iran’s economy.

In my view, he seems to have recognized that the continuation of current economic hardships poses the largest threat to the Islamic regime in the long run.

[Explore the intersection of faith, politics, arts and culture. Sign up for This Week in Religion.]