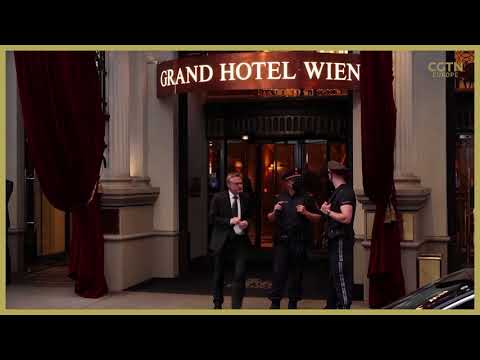 Mt. Berry, Ga. (Special to Informed Comment) – What news audiences of National Public Radio (NPR)’s All Things Considered have and have not heard about the Iranian nuclear program since the election of Joe Biden offers a neat boundary delineation of the Hallin spheres of mainstream reporting on the topic. Daniel Hallin’s classic study of American news coverage of the War in Vietnam[1] identified three concentric spheres of discourse. Information and assumptions deemed to be beyond dispute lie in the consensus sphere; those about which disagreement may be reported lie in the sphere of legitimate controversy; and those beyond the bounds of acceptable expression lie in the sphere of deviance. What All Things Considered reports matters because its listeners are generally better educated and more liberal than other broadcast news audiences. They are the demographic in Biden’s electoral base most attentive to foreign policy. Program content tends to legitimate and thus lock in the range of acceptable policy choices for decision makers.

The most frequently repeated element in the consensus sphere is that negotiations between Washington and Tehran to “revive” or “resurrect” the “Iran nuclear deal” or “2015 nuclear deal,” informal phrases that replace the formal sounding JCPOA, is an important part of Biden’s foreign policy agenda. Another undisputed element is the assumption that Iran’s “advanced missile program” or “ballistic missile program” together with its “support for militant groups” is a “threat to the region.” Nevertheless, Iranian nuclear weapons are assumed to pose an existential threat to Israel, as is Israeli responsibility for sabotage and assassination operations against the Iranian nuclear program. Also, in an April 9, 2021 broadcast, NPR White House correspondent Franco Ordoñez allowed an assertion by Michael Singh, a Middle East adviser in the Georgia W. Bush administration, that Iranian nuclear weapons are a “serious threat” to the United States to pass unchallenged. (Iran has no nuclear weapons or even a program to make them, simply a civilian nuclear enrichment program to make fuel for reactors for electricity generation.)

The sphere of legitimate controversy is narrow, largely confined to the question whether the JCPOA will prevent Iran from becoming a nuclear weapons state or would simply “kick the can down the road” until it does. Framed in part as a partisan disagreement between Democrats and Republicans, the news story is reduced to whether Washington should extract additional concessions from a vulnerable Tehran for rolling back economic sanctions.

That the Iranian nuclear weapons program might be a rational policy response to the Israeli nuclear arsenal, understandable as nuclear deterrence, is relegated to the sphere of deviance. Indeed, comparisons drawn to any case of nuclear proliferation other than North Korea appears discursively verboten. The tabooed context is that deterring dangerous rivals has been crucial to decisions to acquire nuclear weapons historically. The Soviet Union acquired nuclear weapons because the United States had them. India acquired them because them the People’s Republic of China had them. Pakistan acquired them because India had them. Possessing nuclear weapons did not always prevent war between these dyads but it appears to have prevented nuclear war and also gave nuclear weapons states powerful incentives to prevent conventional conflicts from escalating. Iran almost certainly wants nuclear weapons to deter nuclear and conventional attack from its nuclear-armed rival Israel (unlike Iran, Israel actually has really-existing atom bombs, over 100 of them, similar to India’s arsenal).

There are other reasons for countries to go nuclear. Apartheid era South Africa acquired a nuclear arsenal of a half dozen warheads to intimidate neighboring states in a region where it was isolated. Israel’s nuclear arsenal appears to have been constructed for the same reasons. The good news is that South Africa’s nukes were disassembled with the change to a majority rule in the early 1990s.

The precise boundary between the spheres of legitimate controversy and deviance for this news story is identifiable in the only recent All Things Considered broadcast acknowledging the existence of Israel’s nuclear arsenal, an April 12, 2021 interview by NPR anchor Mary Louise Kelly with the Carnegie Endowment for International Peace’s Karim Sadjadpour. The interviewee said the following:

“[I]f you look at this through a geographic lens, Iran is goliath and Israel is David. Iran is 75 times larger than Israel. If you look at this through a military lens, Israel is Goliath, and Iran is David. Israel has over 100 nuclear weapons. Iran has none. So both countries see themselves as kind of the victim fighting injustice. And you know that old expression, all is fair in love and war.”

Sadjadpour can be forgiven his Biblical metaphor to describe dueling victim ideologies, though not his assertion of comparable military power. Yes, Iran has 75 times the area of Israel but that is a silly metric. The two countries don’t share a land border. What is relevant is that only Iran is vulnerable to nuclear bombardment. Israel’s minimum estimate of 110 nuclear warheads, 80 deployed as ballistic missiles and 30 as gravity bombs[2] are enough firepower to destroy Iran’s 18 cities with populations of 500,000 or more together with its 26 major military bases, and still have plenty remaining to continue intimidating neighboring Arab countries.

Sadjadpour continued by evoking the perspective of Israelis but not of Iranians: “For the Israelis, they say they’re not going to outsource our security to any other country. Iran poses a threat to us, and we need to counter them.” Ignoring that invitation to listeners to perceive the conflict solely from the Israeli vantage, Kelly then shifted attention back to the consensus sphere item that negotiations will probably resume. This was not an inspiring example of journalism.

If the editors and reporters at All Things Considered want their listeners to understand this news story, they should describe nuclear deterrence as a rational motivation for the Iranian nuclear program and report rather than adopt the national security perspectives of both Israeli and Iranian decision makers. More generally they should cover events in the Middle East using language that leaves no doubt that the lives of Iranians and citizens of majority Arab countries are just as valuable as those of Israelis.