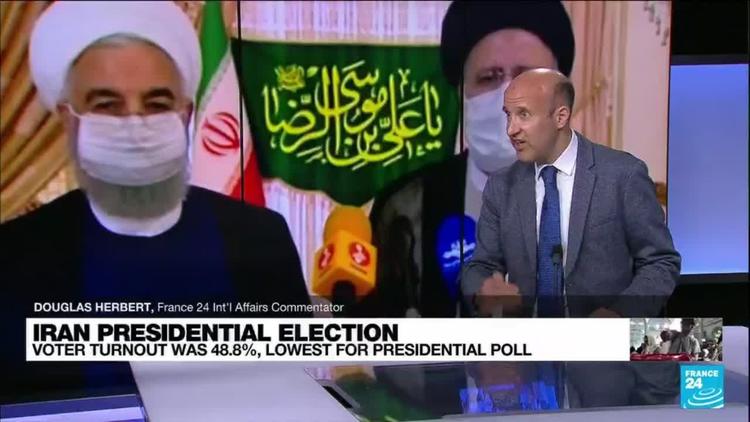 Human Rights Watch – (Beirut) – The victory of Ebrahim Raeesi, Iran’s judiciary chief, on June 19, 2021, in a presidential election that was neither free nor fair raises serious concerns about human rights and accountability in the country, Human Rights Watch said today.

Raeesi has had a long career in the country’s judiciary and served on a four-member committee that ordered the execution of thousands of political prisoners in 1988. The Interior Ministry announced that he won the presidency on June 19with 62% percent of the votes.

“Iranian authorities paved the way for Ebrahim Raeesi to become president through repression and an unfair election,” said Michael Page, deputy Middle East director at Human Rights Watch. “As head of Iran’s repressive judiciary, Raeesi oversaw some of the most heinous crimes in Iran’s recent history, which deserve investigation and accountability rather than election to high office.”

In the period before the election, the Guardian Council, a body of 12 male religious jurists and legal experts tasked with vetting elections, disqualified a large number of candidates without providing a reason, including several prominent government officials. Ali Larijani, the former speaker of parliament, and Eshaq Jahangiri, the current first vice president, were among them.

On May 20 Mehdi Mahmoudian, a human rights activist and journalist, reported that the authorities had summoned two journalists who criticized Raeesi on their Twitter accounts.

Raeesi has had a career for over three decades in the judiciary, which has acted as a cornerstone of repression in Iran. During the summer of 1988, the Iranian government summarily and extrajudicially executed thousands of political prisoners held in Iranian jails. The majority were serving prison sentences for their political activities after unfair trials in revolutionary courts.

The government has never acknowledged these executions or provided any information about how many were killed. But in August 2016, the family of the late Ayatollah Hussein-Ali Montazeri, the former deputy supreme leader, published an audio file in which he harshly criticized the executions in a conversation with the committee that included Raeesi, calling it “the biggest crime in the Islamic Republic, for which history will condemn us.”

The 1988 mass executions amounted to crimes against humanity and are among the most odious crimes in international law, Human Rights Watch said. Those responsible should be investigated and prosecuted for these crimes.

As the head of the judiciary since March 2019, Raeesi was in charge of an institution responsible for many of the long-established patterns of rights violations in Iran, including use of torture to obtain coerced confessions, prosecution of peaceful dissidents in grossly unfair trials, and lack of respect for due process rights.

Iran has one of the highest numbers of executions in the world, second only to China, including against child offenders and for crimes that do not meet the international standard of most serious crimes. In 2020, the judiciary executed Rouhollah Zam, a prominent dissident and journalist who had traveled to Iraq and was most likely detained there and transferred to Iran, after convicting him on vague national security charges. The government also executed Navid Afkari, a protester who was convicted of murder despite serious allegations that he was tortured to confess.

Over the past three years, the authorities have cracked down with increasing violence on protests that stemmed from a deterioration in economic conditions and transformed into a broader expression of popular discontent with the government’s repression and perceived corruption. In November 2019 the authorities brutally repressed widespread protests across the country, resulting in at least 300 deaths, according to Amnesty International, and thousands of arrests.

Judicial authorities have failed to hold anyone accountable for security forces’ use of excessive and unlawful lethal force, despite overwhelming evidence. Instead, they have proceeded to sentence protestors in unfair trials.

“The international community has a critically important responsibility toward the Iranian people, who have faced brutal repression and international sanctions over the past years,” Page said. “Leaders should come together to increase accountably, while ensuring that engagement breaks the isolation of Iranian civil society and local actors, who are pushing for greater respect for human rights on the ground.”

France 24 English: “Iran presidential election : What do we know about Ebrahim Raisi ?”