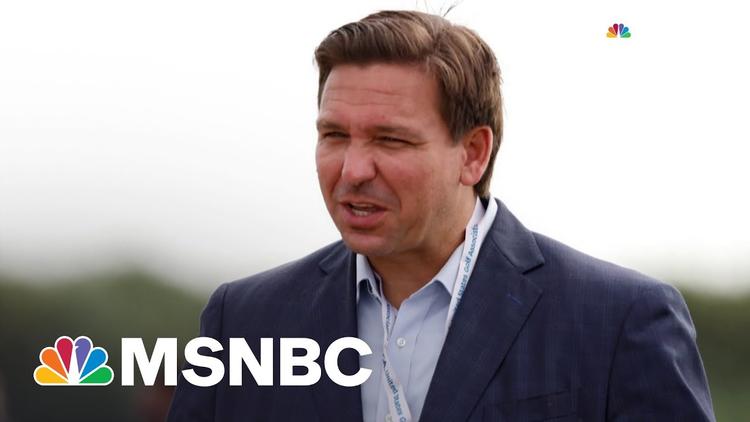 ( Commondreams.org) – Democratic lawmakers and educators nationwide are expressing alarm over legislation signed this week by Florida Gov. Ron DeSantis which is ostensibly aimed at ensuring college students and educators in the state feel permitted to express a variety of political views—and which critics say could end up punishing professors whose opinions don’t line up with those of the state’s right-wing leaders.

DeSantis on Tuesday signed House Bill 233 into law, requiring more than three dozen public colleges and universities in Florida to conduct yearly surveys of their students’ and faculty members’ beliefs to determine the institutions’ levels of “intellectual freedom and viewpoint diversity.”

The state university system and board of education will be tasked with creating the surveys, which will ask whether campus community members “feel free to express their beliefs and viewpoints.”

“[Faculty members] with controversial views, be they liberal or conservative, may find themselves increasingly vulnerable to political or ideological pressure, including from legislation like this.” —AAUP

The law is vague regarding how state authorities can proceed if a university is found to be insufficiently welcoming to certain viewpoints; state Rep. Spencer Roach, a Republican who sponsored the bill in the House, told the Chronicle of Higher Education the survey results “could shape whatever action a university president may want to take or whatever action a future legislative body may want to take.”

At a news conference on Tuesday, DeSantis said his government could intervene if it finds universities to be “hotbeds for stale ideology”—without specifying what that ideology might be—and suggesting funding cuts could ensue.

“That’s not worth tax dollars and not something we’re going to be supporting moving forward,” the governor said.

The law does not ensure that surveys will be taken anonymously, raising concerns that faculty members could also face retaliation if they express progressive views or share that they would not welcome certain viewpoints—for example, discriminatory or abusive comments directed at a student—in their classrooms.

Under the law, students will also be permitted to record professors without their consent “in connection with a complaint,” according to the Chronicle.

The legislation bars universities from “shielding” community members from views that they “may find uncomfortable, unwelcome, disagreeable, or offensive,”

“But does this mean that a professor could be barred from enforcing respectful and appropriate classroom conduct by students?” the group asked.

The United Faculty of Florida has seen no rise in complaints against university instructors regarding their attitudes toward left-leaning viewpoints versus conservative opinions, or vice versa, union president Karen Morian told the Chronicle.

The AAUP pointed out that the University of Florida poured hundreds of thousands of dollars into campus safety measures in 2017 when Richard Spencer, a white nationalist, spoke at the school.

“Such expression is already protected by the First Amendment, as the state’s universities have recognized,” the organization said.

If DeSantis and state Republican legislators were truly concerned about ensuring “viewpoint diversity” on college campuses, the AAUP said, they would not threaten funding cuts but would instead “consider increasing funding for higher education so that a larger proportion of the faculty might be offered the prospect of tenure, which protects a faculty member’s right to free expression.”

“As it is, with nearly three-fourths of all U.S. faculty on short-term contingent contracts, often subject to arbitrary non-renewal, those with controversial views, be they liberal or conservative, may find themselves increasingly vulnerable to political or ideological pressure, including from legislation like this,” the group

MSNBC: “DeSantis Vows To Defund Colleges For Being Too Liberal”