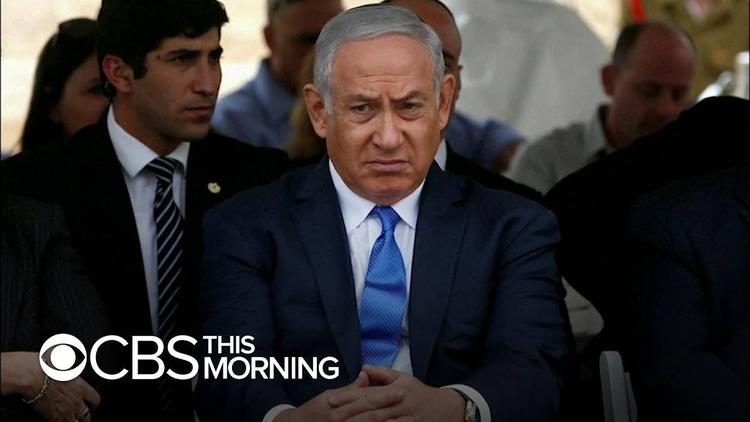 Ann Arbor (Informed Comment) – The new government of extreme-right Prime Minister Naftali Bennett, set to be approved on Sunday afternoon by the Israeli parliament, has big plans for Occupied Palestine. Nidal Muhammad Watad at the Israeli newspaper Arab 48 reports that Bennett boasts that his government, despite being based on an 8-party coalition that includes the center-left Labor and Meretz Parties, will be further Right wing than that of outgoing Prime Minister Binyamin Netanyahu.

He hopes to bring government ministries from Tel Aviv, Israel’s old capital, to Jerusalem, which he hopes to make its new one in a practical and not just symbolic sense. Israel’s annexation of East Jerusalem is illegal in international law and is not recognized by most of the countries in the world, but Bennett hopes to make it a fait accompli.

Bennett also says he intends to halt what he calls “illegal attempts at building” by Palestinians in Area C of the Palestinian West Bank. Israel has occupied the Palestinian West Bank since 1967, an occupation that has become illegal because it has lasted decades, has deeply changed the lifeways of the occupied population, and has involved flooding hundreds of thousands of Israeli squatters onto Palestinian land (which they have stolen).

In the Oslo Accords of the 1990s, on which Israel has entirely reneged, the Palestinian West Bank was initially divided into areas A, B, and C, with A turned over to the Palestine Authority already in the mid-1990s. It was envisaged that Israel would withdraw from Areas B and C by 1999, but then Prime Minister Binyamin Netanyahu deliberately destroyed the agreement and refused to pull out. Since then ever more thousands of Israelis have engaged in a land rush to homestead on property stolen from its Palestinian proprietors. From Bennett’s twisted point of view, whenever Palestinians in Area C, under direct Israeli military rule, build a new house on their own land, that is “illegal” because Israel won’t issue a building permit. Bennett wants to tear down these Palestinian homes and encourage even more Israeli squatters to build in Area C instead.

Watad points out that five of the party leaders in the 8-party coalition have been in coalition with Netanyahu in the past, and some members of Change in parliament have been very close to him, so that it would be foolish to expect the “Change” government actually to change much in the way of policy.

Bennett’s extreme-Right views have not stopped the Religious Right in Israel from attacking him, since they see him as formerly one of their own who became a turncoat just to get the prime minister position. Shas and United Torah Judaism, two parties of the Religious Right, have viscerally criticized him

They said that they would do whatever they could to stop his “leftist, secular” government. They are right that it is largely secular, though Bennett himself is not. Six of the eight parties that make up his coalition are secular-minded. The exceptions are Bennett’s Yamina Party and the Palestinian-Israeli United Arab Front of Mansour Abbas, which takes its inspiration from the Egyptian Muslim Brotherhood.

Aryeh Deri, leader of the fundamentalist Shas, said that the new government poses a danger to “the form and identity of the Jewish state.”

Yaakov Litzman of Agudat Yisrael, a member of the United Torah Judaism bloc, called the new government “a government of the extreme Left that has lost is way and its conscience.” He called on Bennett to take off his kippa or yarmulke (head covering) forever, since he had dishonored it.

Bennett pointed out that his Yamina Party has been in the opposition during the government of national unity headed by Netanyahu, which included Shas and United Torah Judaism, but that he had not called on Gafni to take off his kippah. He said, “The Haredi [Ultra-Orthodox] Knesset members will not teach us what Judaism is and certainly what Zionism is. As Prime Minister, I will take care of the Haredi community and the Torah world.”

The Ultra-Orthodox or Haredim are about 8 percent of Israel’s population, but under Netanyahu (himself a secularist), they have wielded political power far beyond their numbers and have garnered special perquisites for their members, some of whom prefer to study the Bible than to work and who want to be exempt from military service.

They are thus analogous to the American Evangelicals, who are only 16 percent of Americans but who have captured the Republican Party and have it do their bidding.