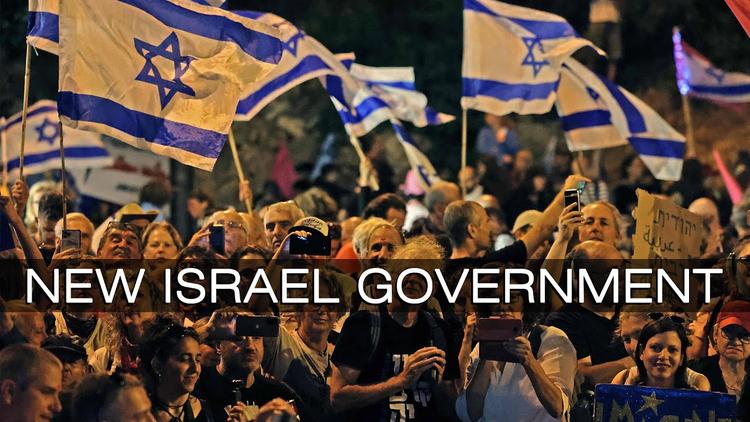 Ann Arbor (Informed Comment) – A lot of attention is focused on Naftali Bennett, the new prime minister of Israel. But it should be remembered that he had been a bit player, and his 7 coalition allies are often headed by much more prominent and powerful figures who are in the coalition precisely in order to carry out their own agendas. One of these is Avigdor Lieberman, who heads the right wing Yisrael Beitenu (Israel Our Home) party. Lieberman has been an advocate of ethnically cleansing Israelis of Palestinian heritage, so it is ironic that he sits in a government with a Palestinian-Israeli partner. On Monday Lieberman, having become Finance Minister, spoke publicly about what exactly he thought he had achieved by joining Bennett’s government.

Making Israel safe for secularism was high on the list. The Neoliberal, conservative goal of keeping taxes from rising was another. So, right wing secularism.

Yisrael Beitenu has for its constituency many of the million or so immigrants to Israel from Russia and Eastern Europe who came in during the 1990s and early zeroes. Lieberman himself was born in the Russia in the Soviet Union, though his birthplace is now in Moldova; he emigrated to Israel in 1978. He grew up speaking Yiddish–his city in then Russia was one fourth Jewish. One of the planks of Yisrael Beitenu’s platform is militant secularism. Having grown up under Communism, the Russian- and Eastern European-Israelis have a visceral dislike of the Ultra-Orthodox (Haredi) form of Judaism fundamentalism, with its strict adherence to numerous minute rules, including not working or so much as turning on the light on Saturdays (the Sabbath).

According to Muhammad Watad at the Israeli Arab 48 newspaper, Lieberman said that by joining the 8-party Change coalition and participating in the formation of the new government, he had achieved three long-time goals of his party:

1. Ensuring that Netanyahu was out of the prime ministership

2. The formation of a government without the Haredim Jewish fundamentalists.

3. Making himself the Minister of Finance and ensuring that there would be no new taxes. He is quoted as having said that the Finance Ministry figures should not be treated as “officials” but only a “team” and “staff.” He seems as hostile to his own ministry as Trump was to the Internal Revenue Service, which has been so starved of funds it can’t afford to go after billionaire tax cheats who can tie the IRS up in court.

I suppose there is an analogy between Lieberman’s goals and those of Mitt Romney in the U.S. Imagine if Romney could sideline Donald Trump, sideline the Evangelicals in the GOP, and become president in 2024; he’d also want to ensure no new taxes. In that (wholly implausible) scenario he would certainly sound as self-satisfied and full of himself as Lieberman does now. Romney is not a secularist the way Lieberman is, but his Mormonism does mean he isn’t an easy fit with a lot of Evangelicals.

Extremist Ayelet Shaked of Prime Minister Naftali Bennett’s far right wing Yamina Party, sort of the Marjorie Taylor Greene of Israel, said that she fought for the post of Interior Minister, which she got, because she wanted to devolve power to local municipalities and governments. The Interior Ministry is like the US Homeland Security or ICE, and she pledged to expel asylum seekers (many of them from Africa, who came because the Israeli government expressed sympathy for their plight at home). Shaked once argued that the mothers of any Palestinians who committed violence should also be killed.

Haredim are only 10 percent of the Israeli population but have been given many special perquisites. They are not evenly distributed–the Ultra-Orthodox are powerful in Jerusalem and environs but not in Tel Aviv. Some Haredim hail from Central Europe and are Ashkenazim, whereas others hail from the Middle East and are Sephardim or Mizrahim. The Ultra-Orthodox Shas Party has 7 seats in parliament, and the United Torah Judaism Party also has 7 seats. Radical extremist Bezalel Smotrich’s Religious Zionist Party, which has support both from Haredim and Conservative Jews, has 6 seats. The three were swing votes in alliance with the secular-leaning ultra-nationalist Likud Party and garnered substantial benefits from previous governments, including exemptions from the draft and subsidies for seminary study that got members out of having to work for a living. None of these Haredim parties is in the new government. In contrast, secular Israeli Judaism is all about having a luscious ham sandwich when you want one.

Ironically, the Religious Zionist Party of Smotrich, many of whom admire mass murderer of Palestinians Baruch Goldstein and urge the violent expulsion of all Palestinians, inadvertently played a key role in unseating Netanyahu. Netanyahu had been open to allying with Palestinian-Israeli Mansour Abbas of the Muslim fundamentalist United Arab List, which has four seats in the Knesset and which would have allowed him to remain prime minister. The Religious Zionist Party put their feet down and said they absolutely would not serve in a government with Palestinian representation. Smotrich and his colleagues shot themselves in the feet and ensured that the Ultra-Orthodox ended up outside government entirely.