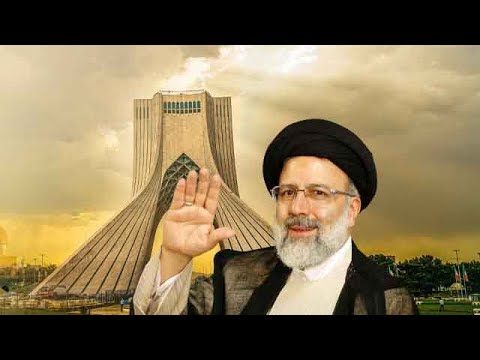 ( RFE/RL ) – Hard-line cleric Ebrahim Raisi has been declared the presumptive winner of Iran’s June 18 presidential vote, which was marred by the disqualification of prominent moderates that paved the way for Raisi’s path to presidency.

Concerns have been raised that Raisi’s rise to power could bring more social and political restrictions for Iranians, who already face strict limitations on their lives, including tight online and offline censorship.

Raisi’s presidency is likely to harden Iran’s tone toward the West. However, in view of Iran’s need for sanctions relief, analysts believe he will likely honor the 2015 nuclear agreement if ongoing talks in Vienna result in an agreement approved by Supreme Leader Ayatollah Ali Khamenei, who has the final say in Iran.

Here is a selection of some of Raisi’s recent remarks about foreign policy, Internet censorship, and other issues:

“If we solve many of the country’s problems based on existing solutions such as the resistance economy and neutralize sanctions, our economy will not be shaken.”

“These sanctions would create problems in any country. Even those who imposed them have admitted that the maximum pressure campaign did not impact our country and was doomed to fail, because our country is determined and our young people are active in many fields. They wanted to prevent our oil exports, but it was exported.”

On Iran’s Ties With The World

“We will interact with the world, with all countries that want to have ties with the Islamic republic. We will establish ties with neighboring countries as a priority.”

“We must pursue ties with the world with rationality. Rationality and prudence require that we put national interests first. National interests are central for us. We strongly believe that the oppressive sanctions should be lifted, and no effort will be spared in that regard.”

Raisi, who as the head of the judiciary has played a key role in online and offline censorship, has sought to downplay concerns over Internet filtering even though, as reported by the fact-checking site Factnameh, under Raisi the judiciary has been looking into more restrictions, including blocking the popular Instagram.

“[Cyberspace] should be seen as an opportunity, not a threat. It has facilitated contacts, made access easier… When we speak of filtering, it is as if a road has opened, and they want to shut it. An open road should not be closed. Many people make a living in this space. But, of course, the rules of the road should be respected. People’s rights should be respected in this space, and privacy shouldn’t be violated. We believe that cyberspace should be expanded.”

A Soldier Of Khamenei

Unlike the wife of Raisi’s moderate rival, Abdolnaser Hemmati, Raisi’s wife, Jamileh Alamolhoda, did not play a prominent role in his campaign. Even on election day, Raisi was seen voting by himself. His wife, an assistant professor, did not appear in photos published by Iranian media.

Raisi’s wife, whose father is the ultraconservative Friday Prayers leader in Mashhad, Ahmad Alamolhoda, has said that her husband’s big advantage is that he considers himself “a soldier” of Supreme Leader Ayatollah Ali Khamenei and that his views on women’s issues are similar to those of Khamenei, who has spoken out against gender equality.

“He sees himself as the soldier of supreme leader, and his discourse in that regard is the discourse of the supreme leader,” Alamolhoda has said. “He believes that women should take the lead if development and progress is to take place in the field of women.”

One of Raisi’s two daughters, Reyhaneh Sadat Raisi, was asked in an interview on state television about misconceptions Iranians could have about Raisi. She said that during the 2017 presidential election, in which her father was defeated by incumbent Hassan Rohani, misinformation was spread about him.

“In 2017, there was [an attempt] to damage [his image] with some people, saying he would create a wall between women and men. In fact, he will not build walls between men and women. He will create bridges to make men and women progress,” Reyhaneh Sadat Raisi said.

Amnesty: Raisi Should Be Investigated For Crimes Against Humanity

Raisi has never addressed his role in the mass executions of political prisoners in the 1980s, when he was reportedly a member of the so-called “death committee” that briefly interrogated prisoners about their religious beliefs and political affiliations before sending thousands to their deaths.

Here is what Amnesty International Secretary-General Agnes Callamard has to say about Raisi’s involvement in the executions and other human rights abuses:

“That Ebrahim Raisi has risen to the presidency instead of being investigated for the crimes against humanity of murder, enforced disappearance, and torture, is a grim reminder that impunity reigns supreme in Iran. In 2018, our organization documented how Ebrahim Raisi had been a member of the ‘death commission,’ which forcibly disappeared and extrajudicially executed in secret thousands of political dissidents in Evin and Gohardasht prisons near Tehran in 1988.”

“As head of the Iranian judiciary, Ebrahim Raisi has presided over a spiraling crackdown on human rights which has seen hundreds of peaceful dissidents, human rights defenders, and members of persecuted minority groups arbitrarily detained. Under his watch, the judiciary has also granted blanket impunity to government officials and security forces responsible for unlawfully killing hundreds of men, women, and children and subjecting thousands of protesters to mass arrests and at least hundreds to enforced disappearance, and torture and other ill-treatment during and in the aftermath of the nationwide protests of November 2019.”