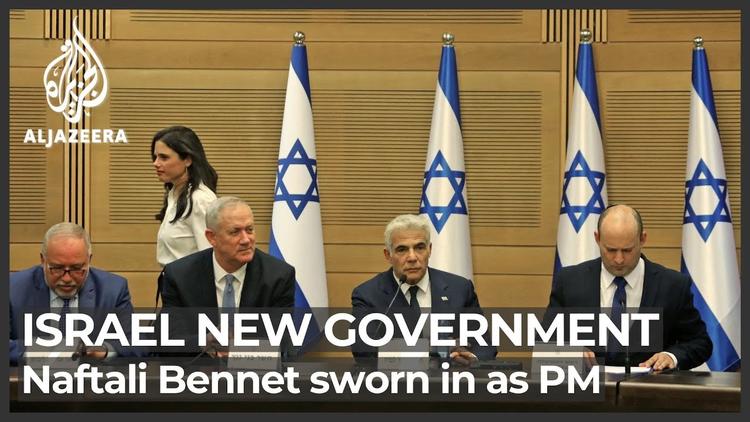 (The Conversation) – After two years of repeated and inconclusive Israeli elections, the advent of a new coalition government has ended the long era of Benjamin Netanyahu’s prime ministership. Yet he leaves a legacy of hawkish policies that will likely remain intact.

As a scholar of Middle Eastern politics, I think that Netanyahu will largely be remembered internationally for three things. These are stymieing the emergence of a Palestinian state, enhancing Israeli military strength and opposing Iranian power in the Middle East.

Netanyahu, known as “Bibi” to most Israelis, was prime minister from 1996 to 1999. He returned to power a decade later. He began his first term as prime minister in 1996 with two main qualities – extensive U.S. experience and a record as a security hawk.

The second set him up for success in a country in which the army is a key – and revered – national institution.

Netanyahu pledged to avoid compromising with Palestinians in the West Bank and Gaza areas under Israeli military control since 1967, and he allowed rapid expansion of Jewish settlements in the West Bank. He rarely wavered from these two policies.

His party was voted out in 1999 but returned to power amid the Palestinian uprisings that began in 2000. After nearly a decade in and out of Likud government cabinets, he became prime minister again in 2009.

The barrier has kept Israeli Jews from much contact with Palestinians other than during military service.

This physical separation and a strong Israeli military presence have decreased Palestinian attacks within Israel and increased misery in Palestinian-controlled areas.

His approach limited pressure on Jewish Israelis to make a final deal that would trade occupied land for broader peace. It also deprived Palestinians of basic liberties and opportunities, particularly in Gaza.

Long-term massive U.S. foreign aid and military assistance and Netanyahu’s support have ensured that Israel’s army is far more powerful and well-equipped than the armed forces of any other nearby country.

Netanyahu used this formidable military to strike hard when he deems necessary in Gaza, the area between Israel and Egypt that Israel unilaterally returned to Palestinian control in 2004. Hamas, a Palestinian group that advocates military action against Israel, is in charge of Gaza.

Reflecting the sentiments of a growing number of right-wing Jewish Israelis, Netanyahu has had a generally consistent response to ongoing concerns about Hamas, and Palestinians more generally. Israel, he argued, awaits Palestinian concessions that Israel is a Jewish state, with Jerusalem as its capital, and with no right for Palestinians to return to their pre-1948 homes in Israel.

Many Palestinians find these conditions unfair in general, particularly as a precondition to negotiations.

Coupled with his government’s vast expansion of Jewish settlements in the West Bank, many veteran observers doubt that a two-state solution to the Israeli-Palestinian standoff remains possible. At the same time, major violence in May 2021, which embroiled Palestinians and Israelis in Gaza, Israel proper and the West Bank, has served as a reminder that the conflict still matters.

Tehran’s leaders are unremittingly hostile towards Israel. Yet Netanyahu has played up this hostility to domestic and international audiences, even urging the U.S. to attack Iran.

The prime minister’s anti-Iranian campaign apparently paid off when the U.S. government withdrew from the multilateral nuclear agreement with Iran that the Obama administration negotiated. Netanyahu claims that he persuaded President Donald Trump to back out.

First, Israeli and American Jews have diverged increasingly on the ethics and importance of Palestinian autonomy.

Second, the prime minister’s long time in office and his willingness to fan flames of bigotry have endeared him to other rulers who embrace authoritarian or divisive tactics, such as Russian leader Vladimir Putin, Hungarian Prime Minister Viktor Orbán and Trump.

Third, Netanyahu’s political longevity and positions have attracted the cautious recent support of key Arab leaders who seem more concerned about their stability and Iran’s politics than a Palestinian state.

Thus, Egypt, Saudi Arabia and the United Arab Emirates have growing levels of cooperation with Israel. This trend expanded under Trump, leading to the 2020 Abraham Accords, which Netanyahu incorrectly thought would further sideline the Palestinian problem.

Netanyahu reshaped Israel and the broader Middle East in profound ways. It’s clear that the country’s military capacity and cooperation with the region’s wealthy Arab states have expanded. But I have seen for several years the darker side of the former prime minister’s emphasis on military solutions in the erosion of global support for Israeli politics and deteriorating conditions for Palestinians.

This is an updated version of an article originally published March 4, 2019.