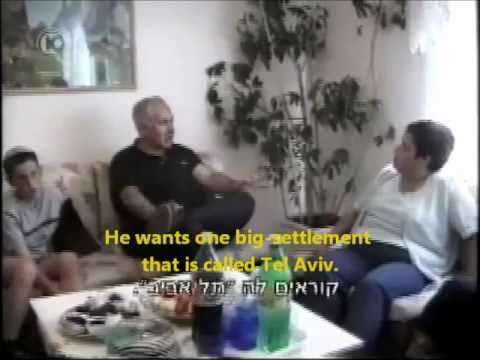 Ann Arbor (Informed Comment) – A step was taken by his rivals toward unseating long-serving Israeli Prime Minister Binyamin Netanyahu on Wednesday when opposition parties all along the political spectrum from left to right formed a coalition of national unity. Ironically, that coalition only reached a majority in parliament by accepting for the first time as a silent partner a small Palestinian-Israeli party that is the equivalent of the Muslim Brotherhood. Netanyahu had regularly run against Israelis of Palestinian heritage as terrorists and disloyal, playing fear politics there the way the odious Trump did in the U.S. Netanyahu denounced the move as a fraud, again, imitating Trump.

Netanyahu will remain for some time the head of the Likud Party, which typically holds over a quarter of the seats in the 120-member Knesset or parliament. A loss like this, could, however, over time bring out rivals inside the party who attempt to replace him as party leader, according to the Israeli Arab 48 newspaper.

Netanyahu is as slippery as an eel in olive oil, and no one could rule out a comeback, especially given that the ruling coalition looks like a bar scene in Star Wars and may well fall out with one another (as often happens in bar scenes in Star Wars). This is a moment, however, to look back at his career. As an American, I’m particularly interested in the ways in which Netanyahu had a negative impact on my country. Here are the top 5:

1. As prime minister the first time, 1996-1999, Netanyahu destroyed the Oslo Peace Accords by refusing to abide by Israeli commitments to withdraw from all Occupied Palestinian territories by the late 1990s. Netanyahu openly boasted of having torpedoed the last chance for a peace settlement based on two states and he was caught on video, saying he could do it and get away with it because he could easily manipulate the American government:

Netanyahu: This is how I broke the Oslo Accords with the Palestinians

For all its flaws, the Oslo agreement could well have settled the conflict.

Most Americans do not understand that the rest of the world blames the U.S. for the terrible way the Palestinians are treated, and it is one element in anti-Americanism in a range of cultures, both Muslim and leftist. The terrorism the U.S. experienced at the hands of Muslim extremists was in part wrought up with Washington’s role in crushing the Palestinians. Usama Bin Laden gave Israeli actions in Jerusalem as one of the reasons that he launched the 9/11 attacks.

Netanyahu’s brutal wars on the Palestinians in 2014 and 2021 again harmed American interests.

By breaking the Oslo Accords, Netanyahu brought the U.S. loads of grief.

Then as I wrote elsewhere,

2. “Netanyahu scuttled the George Mitchell peace process initiated by President Obama when he first took office in 2009. He pledged a freeze of squatter settlements on Palestinian territory for 6 months in spring of 2009, then just as negotiations with the Palestinians were to begin in earnest, Netanyahu abruptly cancelled the freeze, ensuring that the talks would fail. (There is no reason for the Palestinians to negotiate for their share of the cake if Bibi is going to gobble it up in front of their eyes while they are talking to him.)

3. Netanyahu scuttled the 2013-14 Kerry peace talks. He allowed one of his cabinet members to smear Mr. Kerry as having ‘messianic’ pretensions. He kept announcing increased new squatter settlements in the Palestinian West Bank, aiming to drive the Palestinians away from the negotiating table. Then he started demanding that the Palestinians recognize Israel as a ‘Jewish state’ even though over a fifth of Israelis are not Jews (most of them are Palestinian-Israeli).”

4. Netanyahu openly interfered in U.S. politics on more than one occasion. He more or less campaigned for Mitt Romney in Florida in 2012 against President Obama. There is also evidence that Netanyahu had Israeli intelligence intervene for Trump in the 2016 presidential contest. Netanyahu weaponized Israel for the Republican Party, ensuring that it was no longer a matter of bipartisan consensus.

This role for Netanyahu is well known. What isn’t usually considered is that it demonstrated to other world leaders such as Vladimir Putin that it is possible for a foreign country to develop American constituencies, spread around alarmist memes, and interfere in American elections. Netanyahu paved the way for Russian dirty tricks against Hillary Clinton in 2016.

5. Netanyahu openly lobbied Congress to vote against President Obama on the 2015 Iran nuclear deal. I have never in my life seen anything like it. Does French President Emmanuel Macron come to Washington and connive with legislators to defeat President Biden’s infrastructure bill? Did German Chancellor Angela Merkel address Congress in the Trump era trying to get it to vote against Trump’s dismissive policies toward NATO?

Netanyahu was caught on tape boasting that he got Trump to cancel the Iran deal.

The Joint Plan of Comprehensive Action (JCPOA) or Iran nuclear deal would have greatly reduced tensions between the US and Iran and would have contributed to peace in the region. President Biden is trying to reinstate it for that reason. By lobbying against it and helping destroy it, Netanyahu kept conflict raging. That is because he perceives himself personally to benefit from having an Iran bogeyman with which to scare his constituents and the American public. Yet in America’s most recent big fight in the Middle East, against the ISIL terrorist organization in Iraq and Syria, Iran was of far more value to the US effort than was Israel.

Again, Netanyahu’s success in this regard certainly encouraged Putin to attempt to get Trump to approve Russia’s Ukraine policy. After all, as Netanyahu said, the Americans are easily manipulated.