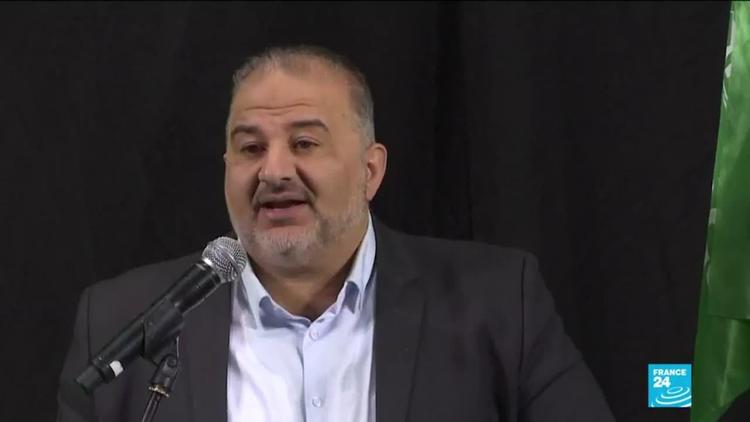 Israelis of Palestinian heritage comprise a little over 20 percent of the Israeli population, and most of them are Muslims. Their politics, however, has skewed toward leftist parties. In contrast, a minority supported Muslim fundamentalism, inspired by the Muslim Brotherhood. Sheikh Abdallah Nimr Darwish founded the Islamic Movement in 1971. In 1996 the leadership decided to run for seats in the Israeli parliament, which caused the movement to split. The northern branch headed by Sheikh Raed Salah rejected entering Israeli politics and adopted a radical stance, sometimes openly expressing sympathy with the Hamas Party over the Green Line, though there is no evidence it engaged in violence. It was ultimately banned. The southern branch, guided by Darwish and headed by Sheikh Hamad Abu Daabs, was determined to enter the Israeli civic sphere, and condemned Holocaust denialism. So you had rejectionist fundamentalists and accommodationist fundamentalists.

This pattern of some on the religious Right rejecting the status quo while some cooperate with it can be seen throughout the Muslim world. In Egypt, the Muslim Brotherhood was driven underground after the 2013 military coup and they reject the al-Sisi government, whereas the Salafi fundamentalists are quietists and happy to support the state (Salafis also run for parliament in Egypt). Like the US religious Right, the Muslim religious Right cooperates with political parties in hopes of shaping legislation in a conservative, fundamentalist direction– fighting back against women’s rights, against projects of the Left, against government interference with private property.

Mansour Abbas, born 1974, was trained as a dentist at Hebrew University and practiced before entering politics. He joined the southern branch of the Islamic Movement, got elected to parliament, and ultimately came to head a small parliamentary block of Muslim fundamentalists. His party joined with the Joint Arab List (JAL), which includes leftists and Palestinian nationalists, and which won an astounding 15 seats in an Israeli parliament of 120 seats in 2019. The Jewish parties, however, refused to deal with the UAL and froze it out of their coalitions.

Before the election, Mansour Abbas gave a prime time address to the Israeli public in which he argued for the coexistence in the Holy Land of Jews, Christians and Muslims. Being a Muslim fundamentalist, he abandoned the rhetoric of Palestinian nationalism, which made him seem less threatening to the Israeli political establishment.

After the last election, neither the far right wing Binyamin Netanyahu nor his main rival, centrist Yair Lapid, could put together a 61-seat majority with the Jewish parties. Abbas made it clear that his United Arab List was available for coalition-building. Natanyahu toyed with the idea, but his coalition includes far right Jewish religious parties who vowed never to form a government with the help of Muslim Palestinian-Israelis.

So then the centrist and thriller writer Lapid was able to pick up the United Arab List as one of eight diverse parties in his coalition, with those four seats getting him to 61. He wooed the right wing extremist Naftali Bennett and his small Yamina Party with an offer to rotate the prime ministership, letting Bennett go first, for two years.

Israeli politicians have fulminated against the Muslim Brotherhood for decades as a dire threat to Israel, so it is ironic, to say the least, that this Israeli government would depend on a Brotherhood-inspired party for its very existence.

The tale of how we got here is also in some ways not very edifying. The United Arab List split from the other Arab parties in Israel because its members are bigoted toward gays. They were rejected as a coalition partner by Netanyahu’s allies because those are bigoted toward Arabs. Lapid’s eight-party coalition of leftists, Jewish estremists, and Muslim fundamentalists is driven by a visceral hatred of Netanyahu, who in his 12 years as prime minister has made successive power grabs and deeply wounded Israeli democracy.

From another point of view, if the new government takes power, it would be a sign of Israel being integrated further into the Middle East. Pro-Muslim parties in Tunisia and Morocco have also been in coalition with leftist and nationalist parties. If Libya can emerge from its civil war, that will also require a big tent coalition of Muslim fundamentalists and Libyan nationalists. This time, at least, Israeli politics looks much more Middle Eastern than Central European.