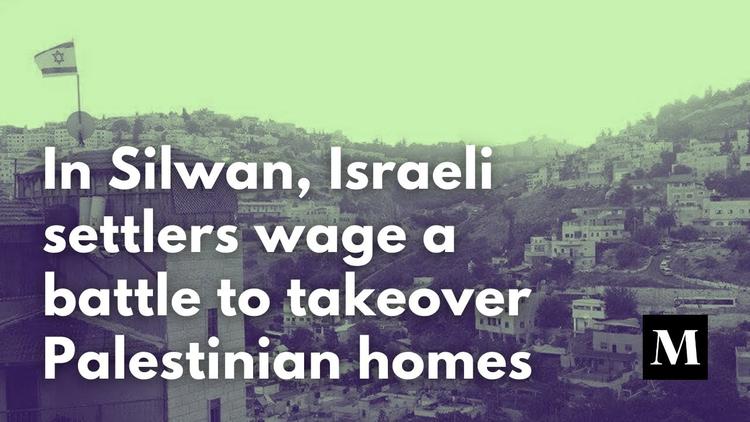 Ann Arbor (Informed Comment) – Al-Watan reports that the Israeli-controlled Jerusalem municipality on Tuesday issued a letter to 13 families in Silwan near the Old City of Jerusalem giving them 21 days to get their families and possession out of their homes, after which the homes would be demolished.

The homes were built on land owned by the Palestinian residents, but Israel had refused to issue them building permits, so from the point of view of Israeli officials, the buildings were erected illegally. This is typical of the mind games the Israeli government plays with the 370,000 Palestinian residents of Jerusalem (pop. 900,000). Actually it is Israel’s annexation of East Jerusalem and part of the West Bank that is illegal in international law.

Back in 2010, then mayor Nir Barkat announced a plan to demolish Palestinian neighborhoods in Silwan and to build on the land a gaudy “archeological park,” “the gardens of the kings,” commemorating the supposed gardens of the kings of ancient Israel.

MEMO writes, “The Al-Bustan neighbourhood in Silwan, which is south of the Old City, has 119 families in 88 buildings that are under threat of demolishment to make way for an Israeli archaeological park.”

This project is sort of like the Bible museums put up by fundamentalists in the US, which are ahistorical. The stories of ancient Israeli kings were spun by exiled Jews living in the Achaemenid empire in the 500s BC, half a millennium after the fact, and many archeologists do not find them historical.

Tawny Holm wrote in The Journal of the American Oriental Society in 2017,

“the Bible’s lengthy portrait of Kings Saul, David, and Solomon is subject to a great deal of skepticism nowadays, especially since extrabiblical evidence for this period is extremely sparse. The Aramaic Tel Dan inscription is witness to the existence of a “House of David” in the ninth or eighth century B.c.e., but tells us nothing about the dynastic founder, David, himself. Additionally, according to Israel Finkelstein’s proposal for a “low chronology” in the 1990s, sites or structures that used to be connected to the great King David or his son Solomon in the tenth century B.c.e. (such as the monumental gates at sites such as Hazor, Gezer, and Megiddo) may now be dated up to a century later. Furthermore, even scholars who would follow a “high chronology” have been compelled by the archaeological evidence to downgrade the extent of any tenth-century kingdom centered around Jerusalem.”

What Holm is saying is that the Assyrians were the gossips of the ancient world and they wrote down anything important that happened in the Near East on clay tablets. They even wrote about obscure Arab queens. But they don’t know anything about a kingdom of David or Solomon. Then, Jerusalem doesn’t seem to have been inhabited in the 1000s BC when the older literature dated David (he’s now been moved down to the 800s or 700s). And it hasn’t been possible to connect buildings to either one. My guess is that if they existed at all they had really, really nice goatskin tents and were minor chieftains.Then the writers of the Bible in Achaemenid Iraq imagined them into palaces and a capital like Babylon or Persepolis.

Anyway, the so-called “garden of the kings” museum is unlikely to reflect the latest archeological findings– it is just Israeli nationalism, wherein the modern Israeli state, erected by refugees from Central Europe, is somehow justified with reference to the fabulous Israeli kings of ancient times. It is a feature of nationalism to enlist a romanticized and fictionalized past in its service. Nations are, however, always invented and are fairly recent things. Poles like Binyamin Netanyahu have no more connection to King David, assuming he existed, than anyone else in the Mediterranean basin. We’re all descended from him, and even from much more recent historical figures.

So anyway, something on the order of 1,500 Palestinians are going to be kicked out into the street for the sake of this nationalist vanity project. They were supposed to have been given the opportunity to put up alternative buildings, but that hasn’t happened. From a Palestinian point of view, it looks an awfully lot like the Israeli government doesn’t want 370,000 Palestinians in Jerusalem, and maybe doesn’t want any at all, and is gradually displacing them with Jewish squatters on their land. (Nobody disputes that the “garden of the kings” is to be built on land owned by Palestinians.)

This summary expulsion of people from their homes, which is also happening in Sheikh Jarrah, has provoked regular demonstrations in East Jerusalem this spring by a new generation of young Palestinians who are determined not to take it lying down. Those demonstrations have spread to towns in the Occupied Palestinian West Bank, which is also being colonized by Israeli squatters stealing their land. And the amazing thing is that in April and May young Palestinian-Israelis in towns with big Arab populations exploded with protests in Israel proper, over Silwan and Sheikh Jarrah. The Israeli authorities are arresting the activists in East Jerusalem, and have also arrested hundreds of young Palestinians and Palestinian-Israelis in the West Bank and in Israel. So much for a democratic right to protest.