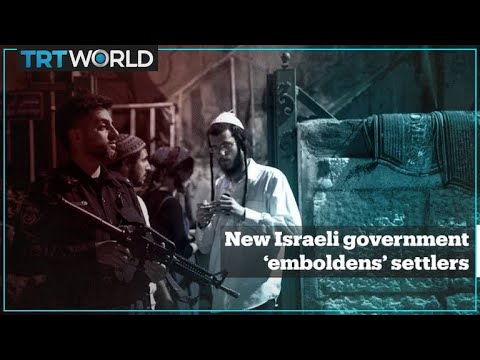 Ann Arbor (Informed Comment) – On Thursday, Tor Wennesland, the UN Special Coordinator for the Middle East Peace Process, gave a long a disturbing oral report on the situation in Palestine-Israel. The office of Secretary-General Antonio Guterres produced a 12-page report, as well.

Wennesland is a seasoned Norwegian diplomat, having served as ambassador to Egypt (along with Libya) in the turbulent years of 2012-2015, and having been Norway’s representative to the Palestine Authority 2007-2011.

In his online video remarks, he underlined the continued ethnic violence in the Occupied Territories.

The Israeli occupation of the Palestinian West Bank and Gaza generates attacks and violence daily, but the US press only attends to them briefly when there is a big blow-up. Such episodes are arguably much less important than the daily grind of Israeli squatters taking over Palestinian land and property, and Palestinian resistance to being expropriated.

Wennesland slammed the new Israeli government of Prime Minister Naftali Bennett and his alternate, Yair Lapid, for the announcement this week that it would build new housing units in the Israeli squatter-settlement of Har Homa. He said,

“I will now turn to several observations concerning the implementation of Resolution 2334 during the reporting period.

I remain deeply troubled by continued Israeli settlement expansion in the occupied West Bank, including East Jerusalem. In particular, I am concerned by the approval of a plan to expand the Har Homa settlement in East Jerusalem. If implemented, this plan would further consolidate the continuum of illegal settlements separating East Jerusalem from Bethlehem and other Palestinian communities in the southern part of the West Bank. I am also concerned by the continued establishment of settlement outposts, illegal also under Israeli law. As we have seen, the recent establishment of Evyatar has already led to protests and clashes with tragic outcomes.

I again underscore, in no uncertain terms, that Israeli settlements constitute a flagrant violation of United Nations resolutions and international law. They are a major obstacle to the achievement of a two-State solution and a just, lasting and comprehensive peace. The advancement of all settlement activity must cease immediately.

The continued demolition and seizure of Palestinian structures, including humanitarian projects and schools, is also deeply concerning. I call on Israeli authorities to end the demolition of Palestinian property and the displacement of Palestinians, and to approve plans that would enable these communities to build legally and address their development needs.”

Article 49 of the 1949 Fourth Geneva Convention on the treatment of Occupied populations in wartime says,

This provision was intended to prevent a repeat of what Nazi Germany did in Poland, which it occupied in 1939, and into which it sent ethnic Germans as squatters on Polish land, while at the same time exiling Poles– all of this with the intent gradually to Germanize Poland and make it just eastern Germany.

According to The Associated Press, the Bennett government in Israel announced on Wednesday that plans are advancing for thirty-one Israeli construction projects in the Palestinian West Bank, including a shopping center, building projects, and zoning changes legalizing West Bank Israeli squatter-settlements that are illegal even by Israeli standards.

This is the sort of thing that alarmed Wennesland and the United Nations. One goal of Israeli colonizing of Palestinian land is to cut largely Palestinian East Jerusalem off from the rest of the West Bank, so that expansion of squatter-settlements like Har Homa pose a threat to the integrity of Palestine.

The Israeli government does not recognize the right of Palestinians to have citizenship in a state (they are stateless), and at the same time is turning the West Bank into Swiss cheese with Israeli squatters dotting it. If they can’t have a state and can’t have a contiguous homeland, they are just flotsam without basic human rights. This situation has been branded Apartheid by the Israeli human rights organization B’Tselem and by Human Rights Watch, and current Israeli actions have the effect of making Apartheid long term and inescapable.

Wennesland was citing a December, 2016, UN Security Council resolution condemning Israeli squatting on Palestinian land. AP reminds us that the resolution was only passed because in his last month in office, President Barack Obama declined to deploy the usual US veto on behalf of Israel’s brutal colonial project. If Washington was serious about solving the crisis, it would just let the UN sanction Israel the way it sanctioned North Korea and Iran, and the economic consequences would force Israel to adhere to international law.