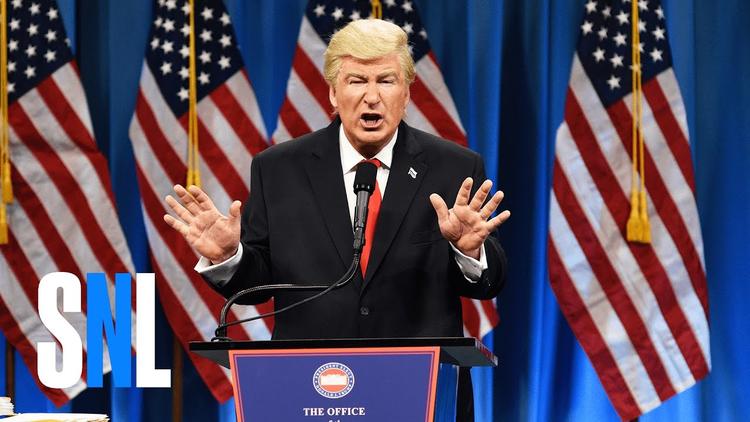 Ann Arbor (Informed Comment) – Bassem Youssef was Egypt’s most famous comedian in the 2000s and until 2014. His weekly half-hour satire, “The Program,” skewered the government of president-for-life Hosni Mubarak in the run-up to the 2011 youth revolt. Mubarak was thin-skinned but did allow some comedians and pundits to blow off steam. He did, however, threaten jail to one columnist who speculated on his health. Bassem Youssef continued to be popular as Egypt had its only democratic elections in history. Then in 2013 a military junta made a coup and overthrew Egypt’s only democratically elected president, Mohammad Morsi of the Muslim Brotherhood. Field Marshall Abdelfattah al-Sisi became the new president for life.

But guess what? Al-Sisi was tremendously more thin-skinned than Mubarak and the junta decided that Mubarak had erred in allowing a margin of dissent. They went in a North Korean direction, outlawing all dissent.

Youssef’s comedy came in part from simply pointing out the fantastic beliefs espoused by government figures and their supporters, the narcissism, the illogic, the grandiosity. At one point al-Sisi announced that his military physicians had found a cure for AIDS. It is not clear why they fixed on that particular lie. In the announcement of the cure, the government spokesman mixed up DNA and RNA. Youssef, who is also a physician, said that if a medical student had made an error like that, he would be drummed out of medical school and that his village of origin would be placed on a blacklist such that no one else from there would ever be admitted to medical school again.

In 2014, Youssef got word that the government was coming for him. He threw some clothes in a suitcase and managed to fly out before a warrant was issued.

In Iran, Atena Farghadani was imprisoned for 18 months for putting out a political cartoon that slammed members of parliament for not paying attention to Iranian women’s rights, according to Nadja Sayej at Vice. Stand up comedy is not allowed.

Americans might have found it hard to believe that someone could be jailed for a stand-up routine making fun of the government. Governments are funny and the officials in them often deserve to be made fun of.

Mark Twain said, “Fleas can be taught nearly anything that a Congressman can.”

Samuel Clemens may have raised hackles, but no one wanted to jail him.

According to aides, in 2019 Trump watched a Saturday Night Live skit about himself and went ballistic. Asawin Suebsaeng at Yahoo News, who writes that it wasn’t the first time:

“It’s truly incredible that shows like Saturday Night Live, not funny/no talent, can spend all of their time knocking the same person (me), over & over, without so much of a mention of ‘the other side,’” Trump tweeted, long before he was banned from Twitter for inspiring a violent mob. “Like an advertisement without consequences. Same with Late Night Shows. Should Federal Election Commission and/or FCC look into this?”

“According to two people familiar with the matter, Trump had asked advisers and lawyers in early 2019 about what the Federal Communications Commission, the courts systems, and—most confusingly to some Trump lieutenants—the Department of Justice could do to probe or mitigate SNL, Jimmy Kimmel, and other late-night comedy mischief-makers.”

Trump was under the impression that the “equal time” requirement applied to television political satire. It does not.

Trump labors under a plethora of misapprehensions.

His aides just fobbed him off, saying they would look into it. The only good thing about Trump was his short attention span.

But now that the Republican Party has been captured by his cult of personality and is rejiggering voting rights and election certification to accommodate Trump’s narcissistic fantasies, you have to worry at least a little bit about the future of freedom of speech if they get back into power.

There isn’t any doubt that Trump would like to rule as al-Sisi does in Egypt or Khamenei does in Iran, and that his acolytes and his cheerleaders at Fox Cable News would be perfectly all right with that.