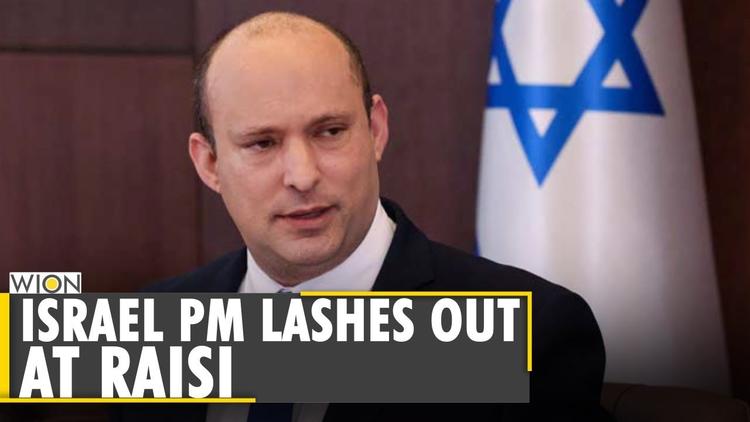 Ann Arbor (Informed Comment) – New extreme-right Israeli Prime Minister Naftali Bennett came out on Sunday to argue that the election of an extreme-right Iranian cleric (Ebrahim Raisi) as president of that country should cause the Biden administration to back off reviving the 2015 Iran nuclear deal.

Bennett called Raisi the “hangman of Tehran” and said, “of all the people that (Iranian Supreme Leader Ayatollah Ali) Khamenei could have chosen, he chose the hangman of Tehran, the man infamous among Iranians and across the world for leading the death committees that executed thousands of innocent Iranian citizens throughout the years.”

Bennett went on that this is “the last chance for the world powers to wake up before returning to the nuclear agreement and to understand who they’re doing business with . . .These guys are murderers, mass murderers: a regime of brutal hangmen must never be allowed to have weapons of mass destruction that will enable it to not kill thousands, but millions.”

This sort of argument is one that we will hear a lot of from warmongers, and if Biden loses in 2024 it could well become the basis for a push for a US war with Iran.

It is a transparently false argument for many reasons. It is also an embarrassingly hypocritical argument.

First of all, Bennett is alleging that the Joint Comprehensive Plan of Action or Iran nuclear deal makes it more, rather than less, likely that Iran will develop a nuclear weapon.

This allegation is not only untrue, it is a QAnon-level conspiracy theory.

The JCPOA closed off four routes for Iran to develop an atomic bomb.

1. Iran had enriched some uranium to 19.5%, the upper level of low enriched uranium. Obviously, enriching the uranium from that level to the 95% enriched uranium needed for a bomb is slightly easier than going from 3% to 95%. So Iran was made to cast all but 300 kg of the 19.5% enriched uranium in a form that could not be further enriched. It agreed not to enrich above 3.67%.

2. Iran had 19,000 centrifuges. The more centrifuges you have, the more quickly you can enrich enough uranium for a bomb. Iran was limited to only 6,000 centrifuges, which means it could not get enough fissile material in any relevant time frame.

4. Iran agreed to regular, intensive inspections by the International Atomic Energy Agency. No country under active IAEA inspections has ever developed a bomb.

Iran gave up 80% of its civilian nuclear enrichment program in return for sanctions relief, which never arrived even though Iran kept up its end of the bargain until the US pulled out and slapped a financial and trade embargo on Iran.

Since Trump breached the treaty in 2018, Iran has felt free, since it did not get sanctions relief, to violate the agreement. It has enriched some uranium up to 60%, which is frankly alarming, and has ramped up the number of centrifuges. Iran is light years closer to having the ability to construct a nuclear bomb now than when under the JCPOA (though there is no evidence even now that Iran has a military nuclear weapons program or actually wants a bomb; if they wanted one they probably could have constructed one by now).

So Bennett’s notion that the JCPOA frees Iran to get a bomb is the opposite of reality, and is just propaganda. It is the lack of a nuclear deal with the US that frees Iran.

Not to mention that Israel has a couple hundred nuclear bombs, probably about half the number that China does. If the Israeli leadership were genuinely concerned about a nuclear arms race in the Middle East, they would give up their own nukes, as South Africa did.

As for Bennett’s argument that Raisi’s presidency is a casus belli, that is ridiculous. The real ruler of Iran is Ali Khamenei. Raisi is like the typical US vice president, without much power. Those deaths Bennett pointed to happened before Khamenei became the clerical Leader, but he was as much part of the power structure that oversaw them as Raisi.

Bennett points to the some 5,000 prisoners killed in 1988, members of the radical Islamic Marxist Mojahedin-e Khalq (MEK or MKO) guerrilla group who had been arrested or captured, The massacre of the People’s Jihadi fighters in 1988 is a crime against humanity. It is not a reason to oppose a stringent nuclear treaty with Iran. Likewise, Raisi’s harsh rulings against people charged with crimes, some of which would be considered mere misdemeanors in most other countries, is a serious breach of human rights. It is not a reason to oppose the nuclear deal.

Moreover, Saudi Arabia executes a similar number of people as Iran, also often for infractions that would not result in a death sentence in other countries. Bennett isn’t calling for war on Saudi Arabia.

The al-Sisi regime in Egypt, which Bennett values as a peace partner with Israel, massacred nearly a thousand people in its 2013 counter-revolution, most of them unarmed civilians. Bennett isn’t calling for war on Egypt.

But the biggest hypocrisy is that Bennett has himself boasted of having “killed a lot of Arabs.”

the Palestinian death toll by Israeli forces during the decade was 3,601 throughout the oPt {Occupied Territories]. Nearly two-thirds of these fatalities occurred in 2014, which witnessed the deadliest escalation in hostilities since the beginning of the Israeli occupation in 1967. Three out of four Palestinians killed during the decade (2,690 people) were civilians, including 798 children, and 23 per cent were members of armed groups (819 people); the status of three per cent of those killed (115 people) could not be confirmed. More than 101,000 Palestinians were injured, with the peak recorded in 2018 in the context of the GMR.

During the Gaza Great March of Return in 2018-19, Israeli snipers were ordered to shoot thousands of nonviolent Palestinian protesters.

So Bennett is the Hangman of Jerusalem, part of an Apartheid regime that also kills a lot of people. The Palestinians he and his government have killed were viewed by Israel precisely as the People’s Jihadis or MEK was by the Iranian government, as armed terrorists posing a threat to the state and its people. In both cases a lot of civilian noncombatants have been killed.

To sum up, Bennett’s position is wrong on the face of it. He is wrong that the JCPOA allows rather than prevents Iran’s development of an atom bomb.

He is also hypocritical in bringing up the deaths for which Raisi is responsible. He does not mind that sort of behavior in other countries more friendly to Israel such as Egypt and Saudi Arabia. And, he seems oddly blind to the death toll his own government routinely racks up in the Occupied Territories.

Luckily, Bennett has no prospect of inducing Joe Biden to give up the Iran nuclear talks.