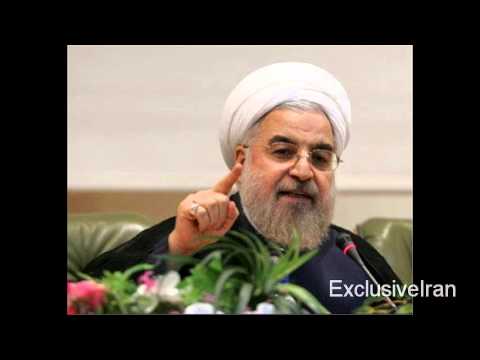 ( Human Rights Watch) – Twenty days before Iran’s presidential election, the Guardian Council, which vets the candidates, sent shock waves through the political elite and public by disqualifying two prominent figures: the former speaker of parliament, Ali Larijani, and the current vice president, Eshagh Jahangiri. These were just two of the many candidates who were barred from running. The disqualifications will likely boost the chances of an electoral victory for Ebrahim Raisi, a presidential candidate who heads Iran’s judiciary and who in 1988 served on a four-person committee that oversaw mass executions of thousands of political prisoners.

Skeptical Iranian political activists, who have at times nonetheless mobilized for participation in elections despite being punished for peaceful dissent, see this as evidence that Iran’s ruling authorities – including Supreme Leader Ayatollah Ali Khamenei – have zero appetite for any political competition in this election. The Guardian Council’s decision puts those who argue that participating in the election could facilitate political reform in a difficult position.

Over the past 20 years the

By design, Iranian presidential elections are not free and fair. Discriminatory constitutional requirements prohibit non-Muslims from running, and the Guardian Council uses its ever-expanding “approbatory supervision” to disqualify those who deemed not loyal enough to the Islamic Republic’s governing ideology of “guardianship of the jurist.” These disqualifications have applied not only to the ruling authorities’ political opponents, but also to former high-level officials including presidents, and even to Ali Akbar Hashemi Rafsanjani, one of the most influential political figures in the first 20 years of the Islamic Republic. But in the past, the outcome of elections has at least, in most cases, not been predetermined.

In the 1997 presidential elections, for the first time after the initial decade of the Islamic Republic, a candidate was elected on a platform calling for greater political freedoms. The victor, Mohammad Khatami, defeated Aliakbar Nategh Nouri, the candidate presumed to have the backing of the ruling authorities. The Khatami era became known for somewhat greater political and media freedom, an expansion of civil society space, and modest efforts to hold abusive, non-elected bodies and security agencies accountable.

But at the end of his two terms in 2005, Khatami’s science minister, Mostafa Moeen, who was backed by some of the main reformist parties and ran on a promise of greater respect for human rights, was unable to excite the voter base when he ran for the presidency. Khatami was succeeded instead by Mahmoud Ahmadinejad, who reversed many of the modest gains with regard to free expression and assembly.

Since then, and drawing on the difference between the Khatami and Ahmadinejad eras, activists have seen active participation in elections as a means to push for change or to prevent the election of those who advocate for greater restrictions.

In 2009 former prime minister Mirhossein Mousavi and former speaker of parliament Mehdi Karroubi both ran against the Khamenei-backed Ahmadinejad, resulting in a popular mobilization that became known as the Green Movement. The two candidates embraced civil society’s demands for greater political and social freedom. The deadly crackdown on the protests against a contested election in which Ahmadinejad was declared the winner resulted in the arrest and imprisonment of hundreds of activists – and house arrest for the candidates who became their leaders. They remain under house arrest today.

In 2013 Hassan Rouhani ran successfully on a two-pillar platform of easing international nuclear-related sanctions and reopening political space. On the campaign trail, he criticized political repression and promised to work to lift the house arrests. Between 2013 and 2016, a rollback of the active repression against students and women’s rights defenders allowed civil society to begin repairing the damage done in 2009, though security agencies continued to target a wide array of activists, including dual and foreign nationals.

In the 2017 elections, Rouhani pushed the envelope further by presenting himself as an alternative to his challenger, Ebrahim Raisi, whose political vision he characterized as one “which had known only executions and imprisonment for the past 38 years.” By raising the rhetorical stakes during the presidential campaign, he managed to mobilize support from civil society actors, including the green movement leaders under house arrest.

But four years later, not only is Rouhani’s record of advancing civil and political rights even worse, but forces under his interior ministry have become complicit in serious human rights violations, including in suppressing widespread protests.

Thus in the 2021 presidential elections, in which President Rouhani cannot run again, Iranians are still confronting both the painful economic reality after the reimposition of the US economic sanctions and the repression of dissent by the empowered and unaccountable security agencies.

People will not forget the authorities’ crackdown against protesters in November 2019, the most brutal in the history of the Islamic Republic, when security forces shot at protesters with impunity, killing hundreds. Given this, many who encouraged participation in the last presidential election are questioning whether the election of Rouhani brought them any closer to meaningful change.

Pushing for a Third Way?

As Iranian activists inside and outside the country stay up all night and even skip work to stay on Clubhouse, the question they are repeatedly discussing is whether voting to register dissent is an effective tactic when the pool of candidates is so narrow and those who did squeeze by the Guardian Council’s arbitrary disqualifications do not represent popular demands for political reform and pluralism.

Even though it was unlikely that the Guardian Council would let him run, the former interior ministry deputy and political prisoner Mostafa Tajzadeh announced his candidacy in the hope of reviving the debate on the “republican” element of Iran’s post-revolutionary political system. Several members of women’s political parties also tried to encourage the candidacy of Zahra Shojai, an adviser on women’s affairs under President Khatami, even though the Guardian Council has never allowed a woman to run and has intentionally avoided clarifying whether women can run for the presidency.

Some activists have argued that “enough is enough” and that the dismal record of the Islamic Republic, especially after the disqualification of the most visible reformist and moderate candidates, should be sufficient to justify a boycott of an unfair election. Smaller groups are debating the merit of protest votes or votes for candidates that are less favored by the establishment. Meanwhile, a less visible public view rooted in Iran’s embattled civil society is that voters should reject a binary understanding that they should either participate in the election to facilitate democratic change or seek to overthrow a system that has failed to reform itself.

Saeed Madani, a prominent sociologist who also spent time in prison after the 2009 crackdown, has been in various rooms on Clubhouse arguing that forces seeking a democratic transition need to focus on building a social movement backed by civil society. Other activists argue that such strategies should not be merely thought of as political campaigning, but as theories of change that predate and endure beyond election seasons.

If past elections are any guide, the next three weeks could still offer surprises on the electoral scene. But right now, Iranians face one of the most limited choices in a presidential election in the history of the Islamic Republic, and civil society is searching for alternative avenues for change.