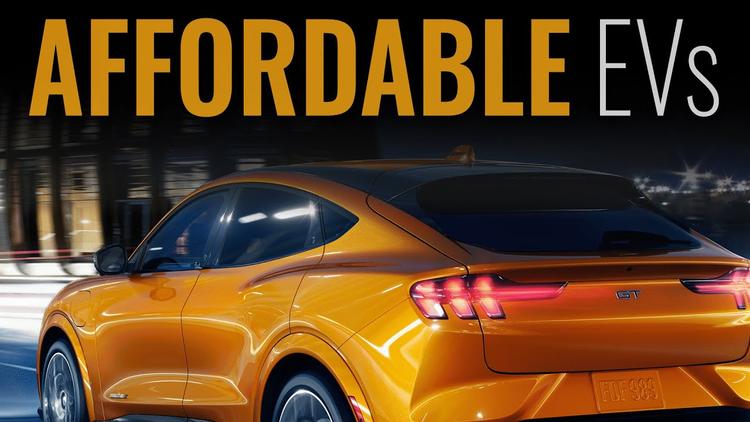 Ann Arbor (Informed Comment) – A life-cycle study of automobile emissions in four major new-car markets globally by Georg Bieker of non-profit The International Council on Clean Transportation (ICCT) has demonstrated conclusively that battery electric vehicles (BEVs) are dramatically cleaner than gasoline cars under virtually all circumstances, no matter how dirty the electric grid in which the BEVs operate.

It has been argued by some analysts that the carbon dioxide emitted during the construction of electric cars, and the fact that so many are charged in states where coal supplies a substantial amount of the electricity, brings into question how clean they really are over their lifetimes. This meme has been shot down by researchers over and over, and ICCT does it again. The assertion always annoyed me because we who have bought or leased electric vehicles often combine them with rooftop solar panels, so it doesn’t really matter whether our states have coal plants.

For Europe and North America, that is, the electric cars are 2/3s cleaner even now. He adds, with regard to the future:

That is, for Europe and North America, in only ten years electric cars will be as much as 3/4s less carbon intensive over their life-cycle than internal combustion automobiles. In Europe with a projected very green grid in the 2030s, you could even potentially get up to 4/5s less carbon-polluting vehicles. 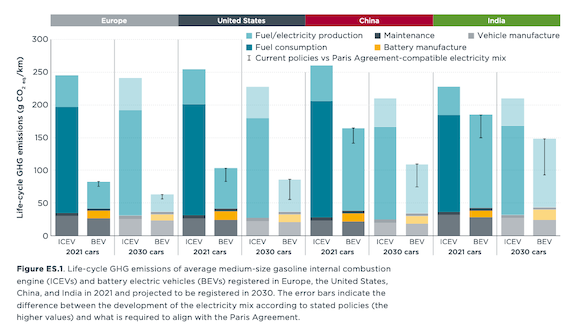 But neither gets the job done if we want to limit global heating to an extra 3.6 degrees F. (1.5C). Only electric cars can help us avoid getting hotter than that.

Moreover, we need to get gasoline cars off the road as soon as possible. ICCT says new car sales and registration of internal combustion autos have to be phased out in the 2030-2035 time frame. That isn’t very far from now. If you sell gasoline cars in 2035, they will go on polluting the atmosphere with heat-trapping CO2 all the way to 2050, crippling our ability to keep heating down.

ICCT warns that the US electricity mix in 2030 is likely to be substantially dirtier than Europe’s, and so electric cars charged from the grid will only be 61%-76% less carbon-polluting than gasoline cars here then. A purely green electric grid would allow us to reach an 80% reduction of CO2 in our passenger vehicle fleet. California may well get there, but other states still burn coal and will still depend on natural gas after 2030, and have a highly polluting grid.

Transportation accounts for 29% of carbon dioxide emissions. In 2019 the US put out 6.5 billion metric tons of carbon dioxide. Carbon sinks like forests took back away a bit less than a billion of that, so our net output was 5.7 billion metric tons of CO2. That is, by the way, horrible– it is like setting off large numbers of atom bombs in the atmosphere, heating it up.

The report urges that government incentives target purely electric driving, devaluing plug-in hybrids and hybrids, which in the real world realize fewer decarbonization goals than might be imagined. The long and the short of it is that we need to go to pure battery electric cars as quickly as possible. Further, though Bieker doesn’t say so, green steel made with electric-arc smelting powered by wind and solar will reduce the carbon intensity of EVs, ensuring that little carbon goes into making their frames. Moreover, we need to green the electricity grid as quickly and as completely as possible, so that the electric cars are running on clean energy.

Most Affordable Electric Cars in 2021