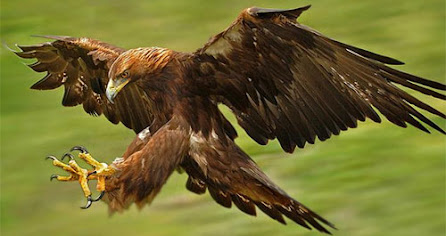 Southwest Harbor, Maine (Special to Informed Comment) – Germany is a wealthy nation. Its business and political leaders accept the reality of climate change and have made at least modest progress to prepare for and mitigate its effects. How then to respond to such events as a family moving to the roof of their house to escape the flood—only to have a surge of water so vast as to sweep them off the roof to their demise? Such pictures are terrifying, but of more long term importance is the questions raised by such mega storms. These ae not just big storms following relatively ordinary albeit destructive paths. In an effort to gain some perspective on these disturbing events I have drawn on recent work by two influential contemporary theorists, William Connolly and the late French philosopher Michel Serres (in block quotes). I have attached my own comments . My hope is that this will contribute to dialogue and action on a vital subject.

In a recent editorial in Informed Comment Juan Cole cites remarks in The Guardian by Dieter Gerten, professor of global change climatology and hydrology at the Potsdam Institute for Climate Impact Research on three surprises of this weather system:

1. The records being set for the intensity of rainfall are well above the previous records.

2. This sudden spurt of records was unexpected.

3. The area affected is much wider than ever before.

The massive storms in Germany, heat domes and fires that produce their own weather suggest that models of linear progress may no longer be appropriate for storms of this magnitude and intensity.

This shock of what scientists call “non-linearity,” is dawning on many thinkers today. University of Chicago historian Dipesh Chakrabarty recognizes that important as his work was to globalization, nothing prepared him for “making sense of this planetary conjuncture within which humanity finds itself today.”

Likewise, in a recent essay, the Johns Hopkins Political Scientist William E. Connolly discusses what the ideas of the French philosopher Michel Serres (d. 2019) about time and nature can tell us about the urgent moment in which we live.

Nature is in charge and is an active, unpredictable agent.

As Connolly quotes Serres to this effect:

“For whatever praise you may hear, whatever love you may profess for the sea and mountains, the desert or marshes, plants and animals, nature doesn’t behave as a friend to humans or even their symbiont. By means of waves, fire, typhoons, poisoning, or devouring, it kills as calmly as bodies fall and eagles eat lambs.”

What that means culturally is as important as the flames and floods themselves. Events that challenge a culture- wide view of nature can evoke despair or anger and fuel extremist movements and quests for scapegoats.

Connolly argues that Serres responds by teaching “us to master the will to mastery, first, because it cannot succeed and, second, because it fails to respond to the grandeur of that of which we ourselves are an intrinsic part.”

Nonetheless angry denialism persists, which is to Serres “a sign,” Connolly writes, “that they have not gotten over the profound disappointment that their favored images of time do not fit well rocky experiences they have themselves encountered.”

This image of nature and time sustains and is sustained by such narratives, doctrines, and ideologies, among others, as confidence in eternal salvation or the indefinite advance of capitalism… Challenges to conventional views of time and nature are hardly an attack on ethics itself.

Connolly observes that “We are ethically enjoined to overcome [this disappointment] so that our thinking and responses to the world become more decent and in-formed. For existential disappointment, unless it is overcome, can morph into ressentiment, and the latter can morph into bellicose cultural dispositions to aggressive nihilism.”

To respond to such disappointment, Connolly elaborates a critical theory of time.

Clock time is linear, straight forward and helps us organize our days. But this is not all there is to time. Evental time

“involves the intersection of two or more previously separated temporalities, each on its own speed, capacities, and vector. Bumpy intersections between viruses, pangolins, and humans set on different temporalities illustrate evental time.”

That theory challenges the foundations of both mainstream environmentalism, with its confidence that nature will respond in predictable ways to such interventions as carbon taxes and deep ecology’s faith that nature left to its own devices moves toward comfortable equilibrium. Both conventional theories and their several variants assume nature is for us in one way or another. In earlier work Connolly had labeled this shared posture ontological narcissism.

The tendency to refuse to adjust extrapolations into the future in the face of new events provides one source of the recent turns to fundamentalism, denialism, and fascism across the world. Each refusal might involve a desperate desire to save an old faith, to preserve an old image of time, or to protect the assumption that the progress of capitalism on a linear track can proceed indefinitely. Or several of these, re-enforcing each other. Hence, the need to develop a philosophy of evental time.

Break the hold of both views in order to curb the rage that follows event that expose even to us nature’s cruelty. Mastery is nether possible nor desirable.

As for teleogical views of unfettered nature as home and guidance for humans, if the arc of history did bend toward a preordained end that would mean we lived in a law governed world with no possibility of novelty and freedom, as Jairus Grove points out in his Savage Ecology. A messy unruly nature is the necessary precursor of freedom.

“Each event emerges from the confluence of two or more temporalities, previously on different vectors, speeds and capacities. The conjunctions throw heterogeneous forces and beings into contact, as they intersect through collisions and ingressions. The resulting event turns or twists the vector of time that preceded it, now making a linear projection or “extrapolation”—to use Darwin’s favorite word–based on processes that preceded it out of touch with the turn actually taken.”

Non linearity may turn out to include not only numerical intensity far in excess of predictions made by the most sophisticated models but aslo whole social movements, artistic styles diseases not reducible to the original confluent bodies.

This is not a philosophy of inactivity or at best tending one’s garden, in contrast to Voltaire’s Dr. Pangloss. In an earlier work Connolly has termed such inaction passive nihilism.

Work on blockages within the self is in order. On the political stage:

“Those who accept the prominence of evental time are thus encouraged to adopt a double entry orientation to extrapolation. Extrapolations into possible futures are always needed, but with each major turn of event adjustments of extrapolation are necessary.”

Such a process may need to focus much attention and critique on various Biblical and Constitutional literalists whose work reflects and in part instills conventional concepts of time.

One may be excused for cursing a world that can wreak such brutal cruelty on the innocent, but once the words emerge, as Connolly says:

“The task for many now becomes how to overcome the assumption of progressive time, how to appreciate the grandeur of bumpy time, how to affirm a world punctuated by events that turn time. Doing so to encourage struggles against the worst things when a bad turn occurs without seeking racial, religious, scientific and theological scapegoats to hold responsible for that turn.”

Beware, floods ahead: What happens when we have too much water? | The Royal Society