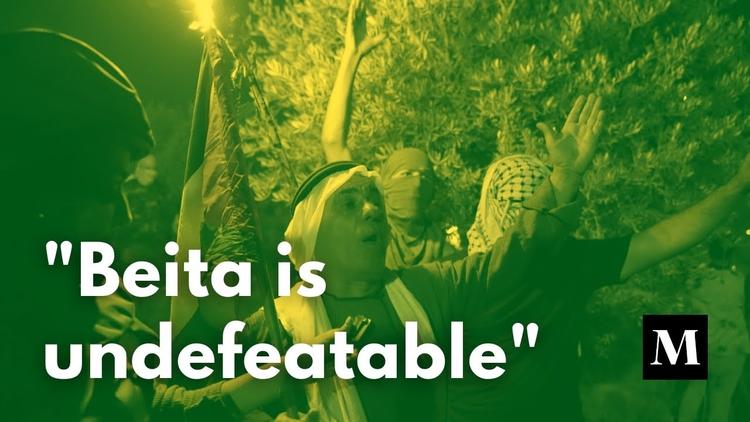 The foreign minister of the rump Palestine Authority, Riyad al-Maliki, asked the United Nations Security Council “to fulfill its legal and moral responsibilities toward this crime against Palestinian land and Palestinian existence.”

The Foreign Ministry issued a communique condemning, “The continued land grab by the occupation and by the settler councils, organizations and terrorist associations on Mount Sbeih in the town of Beita, south of Nablus, and their appropriation of Palestinian land in the entire area, with the aim of seizing it by force and allocating it to build a new settlement.”

The Palestinian foreign ministry said that the Israeli government and squatters “work to direct settlers towards the hills of the West Bank to establish outposts as the core for new settlements, or to seize hilltops, plateaus and lands near settlements in order to expand them and swallow more Palestinian land.”

Jabal Sbeih is highly strategic, overlooking the road connecting Nablus and Ramallah, and could be a way of cutting the Palestinians further off from one another.

The Evyatar illegal squatter-settlement that had been planted on the hilltop was chased away by regular demonstrations by Beita residents, but the Israeli government now says that it will arrange the return of the squatters.

Foreign Minister al-Maliki added, “I have long warned, right from the beginning, against this expansionist colonial project that targets the entire area south of Nablus — about the serious risks it poses for the chance of achieving the principle of the two-state solution, and about its disastrous results in dismembering the occupied West Bank, separating its regions from each other, turning them into scattered islands connected only by [Israeli] settlement roads, and drowning in a settlement ocean linked to Israel proper.”

On Friday, according to the Palestine Red Crescent Society (the equivalent of our Red Cross), the Israeli army attempted to crush a demonstration against Evyatar by Beita residents (some of whom own land in Jabal Sbeih). The army injured 411 Palestinians, 23 of them with live ammunition. Some 70 were hurt by rubber-coated metal bullets, and 58 more were injured from falls as they fled the rifle fire of the Israeli Occupation troops or suffered burns because Israeli stun grenades set fire to the field where they were protesting or because the burning tires they set up as a protest got out of hand. The rest of the injuries were from inhalation of military-grade tear gas.

Arab 48 say that Foreign Minister al-Maliki cautioned that the United Nations Security Council’s unwillingness to do anything practical about Israeli violations of UNSC resolutions against Israeli squatter-settlements, and restricting themselves to some polite expressions of discomfort, is encouraging the Occupation state to go ever further in implementing its plan to plant expansionist Israeli colonies throughout the Occupied territories, and to continue striving to cut the West Bank off from Palestinian East Jerusalem, which Palestinians claim as their future capital.

Since the 1967 Israeli military occupation of the West Bank, the Israeli government has worked behind the scenes to create 230 squatter-settlements on the Palestinian West Bank, in which some 600,000 Israelis now live. It is strictly illegal in international law for an occupying power to transfer its citizens to occupied territories, as UN High Commission on Human Rights special envoy Michael Lynk underlined this weekend, asking for sanctions on Israel for this war crime.

Mondoweiss: “Beita is undefeatable”: Inside the struggle to save this Palestinian village from Israeli settlers”