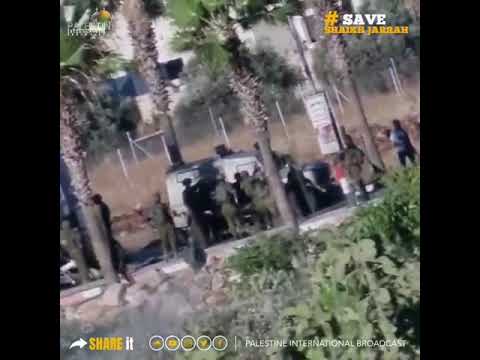 Letter Protesting Israeli Army Arrest of 45 Palestinian University Students, and Ongoing Detention of 15 after a Solidarity Visit to a Demolished Home in Turmus ‘Aya

We write to you on behalf of the Committee on Academic Freedom of the Middle East Studies Association of North America (MESA) to demand a halt to the Israeli military’s ongoing violence against students, faculty and staff at Palestinian universities.

MESA was founded in 1966 to promote scholarship and teaching on the Middle East and North Africa. The preeminent organization in the field, MESA publishes the International Journal of Middle East Studies and has nearly 2,800 members worldwide. MESA is committed to ensuring academic freedom of expression, both within the region and in connection with the study of the region in North America and elsewhere.

On 14 July, the Israeli army detained forty-five Palestinian students, most of whom are from Birzeit University (BZU), following a solidarity visit to the Shalabi family, whose home in Turmus ‘Aya had been destroyed by the Israeli army the previous week. Israeli soldiers detained these students at Turmus ‘Aya village, northeast of Ramallah, for several hours. According to the Right to Education Campaign at BZU, nearly 30 of the BZU students were then transferred to an unknown location. BZU’s lawyer confirmed that 8 students were then released, followed by two more the next day. Currently, 15 students remain detained, five of them in the Moscobiya prison and 10 others in Ofer prison. These students were to be brought before a military court on 15 July, but their hearings have all been postponed and the students remain in detention. This targeting of Palestinian students is an attempt to undermine students’ right to organize and support the political struggles of their people.

As we have detailed in previous letters, these arrests, subsequent brutal interrogations, and imprisonment are not only a clear violation of the basic rights of the individuals themselves; they are also part of a larger policy that directly targets thousands of Palestinian students, disrupts their education, and undermines the role of Palestinian academic institutions. The Israeli army has been particularly aggressive in targeting students at BZU, and these latest arrests follow the same pattern that the Israeli army and security forces have established over the last several years in a broad campaign targeting Palestinian students in the West Bank [see our many letters, for example, 28 June 2021, 12 April 2021,11 April 2019, 22 January 2019, 13 March 2018]. Currently, there are more than 300 Palestinian students in Israeli prisons. Our committee has repeatedly written to you to protest these arbitrary arrests [see letters dated 11 May 2020, 24 September 2019, 22 January 2019, 8 August 2018].

The practices described above are part of a long-standing but intensifying pattern of Israeli violations of students’ rights to free speech and peaceful protest. Furthermore, these arbitrary arrests are violations of the right to education enshrined in Article 26 of the 1948 Universal Declaration of Human Rights and Article 13 of the 1966 International Covenant on Economic, Social, and Cultural Rights. As a party to the UDHR and a signatory of the ICESCR, Israel is obligated to uphold these conventions. Hence, it must ensure the rights of the Palestinian people to education. We call upon you to cease these arbitrary arrests immediately and unconditionally, release all of these students, and protect Palestinian students’ right to education.

European Coordination of Committees and Associations for Palestine (ECCP)

Michael Lynk, UN Special Rapporteur on the situation of human rights in the Palestinian territories

Irene Khan, UN Special Rapporteur on the Promotion and Protection of the Right to Freedom of Opinion and Expression

Via Committee on Academic Freedom