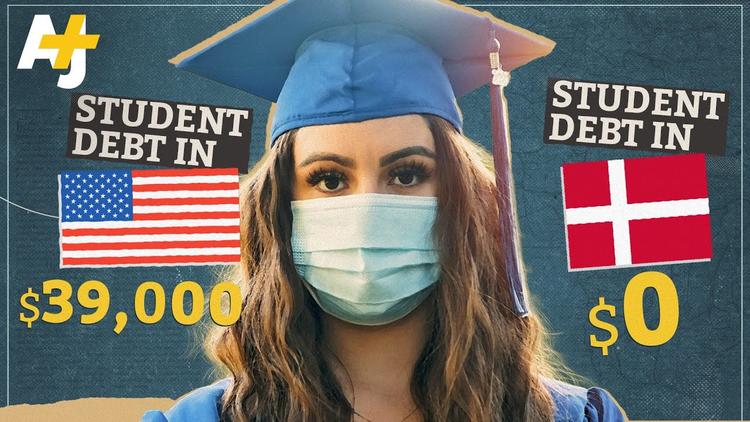 Southwest Harbor, Maine (Special to Informed Comment) – Digging our way back out of the pandemic recession will not be easy, but we have the advantage of knowing what worked and did not work in the 2008 crisis. Any policy choice today does not operate on a blank slate. No one knows this more than former Greek Finance Minister Yanis Varoufakis, who led an unsuccessful effort to blunt the European Central Bank’s harsh, counterproductive bailout terms.

With markets again sending confusing and at times contradictory signals regarding such basics as inflation, unemployment, and quit rates, the job of economic forecasters seems especially difficult. Perhaps that obligation might become less burdensome if we entertain the possibility that US capitalism is undergoing basic changes and no glide path is certain. The important thing is to work with others to meet any future crisis with an order more concerned with human welfare than with that of corporations.

In an op-ed at Project Syndicate, Varoufakis maintains that the political choices made during the bailout of the 2008 World Financial crisis have created a dilemma for current legislators and Central Bankers. The world could be saved from a Depressions era crisis in one of two ways, Varoufakis writes,

“ One way … was a large enough fiscal stimulus. Direct injections of freshly minted money to consumers and firms – to pay off debts and to increase consumption and investment – would have re-floated Main Street and, indirectly, Wall Street. This was the road not taken by the Obama administration.

Instead, the Fed printed trillions of dollars, and the failing banks were re-floated directly. The banks lent the new money to corporations, but, because their customers were not re-floated, managers were unwilling to risk plowing the money into good jobs, buildings, or machines. Instead, they took it to the stock market, causing the largest-ever disconnect between share prices and the real economy.

Following Wall Street’s near-death experience in 2008, corporations became hooked on (almost) interest-free credit and rising stock valuations that flew in the face of low profits. Total savings dwarfed investment, aggregate wages were at an all-time low, and consumer spending remained subdued. And then, suddenly, COVID-19 arrived, with the ensuing lockdowns dealing major blows on both the supply and the demand side of the economy.”

An economy heavily leveraged and primarily dependent on stock buybacks and other financial manipulations is a luxury our society can no longer tolerate. The practice of stock buybacks was once defined as illegal market manipulation. With a decaying infrastructure and an intensifying global climate and pandemic crisis we need an economy that produces the food, energy, housing, and transportation needed for survival..

Yet the dilemma here is that any sustained period of full employment—or even expectation thereof– elicits fear of inflation, an increase in the long term interest rate, and spiraling bankruptcies among those corporations that had become addicted to cheap money. Varoufakis sees fiscal policy as an antidote to recession/depression but worries about how long it takes to become effective. The fear is well taken, especially in light of the scandalous delays in getting unemployment insurance to citizens in some states..

These concerns might be partially addressed by prioritizing and planning critical tasks now. In addition they constitute a further reason for permanent extension of the child care tax credit.

Varoufakis also regards unions, which can push worker incomes higher, as a part of the worker/consumer safety net. He advocates compulsory arbitration, but I would want to add an emphasis on union organization, which can boost both political and economic goals. Debt relief is also cited but needs more emphasis. Student debt along with mortgages are staggering and debt has a psychological impact beyond the number of dollars.

Finally, any economic collapse will double the present number of firms or industries deemed or claiming to be too big to fail. Rather than categorically rejecting or accepting these claims, o let’s decide these claims by applying environmental and social justice standards, as well as demanding movement toward a more democratic workplace as the price of any bailoout. It is time to model and experiment with different enterprise forms. Let’s have no more bailouts of the sort proffered after 2008 to The American International Group (AIG) or the strings-free $12 billion given to Jaime Dimon’s J.P. Morgan Chase.

AJ+ “Biden Won’t Cancel Student Debt. Here’s What Other Countries Can Teach Him”