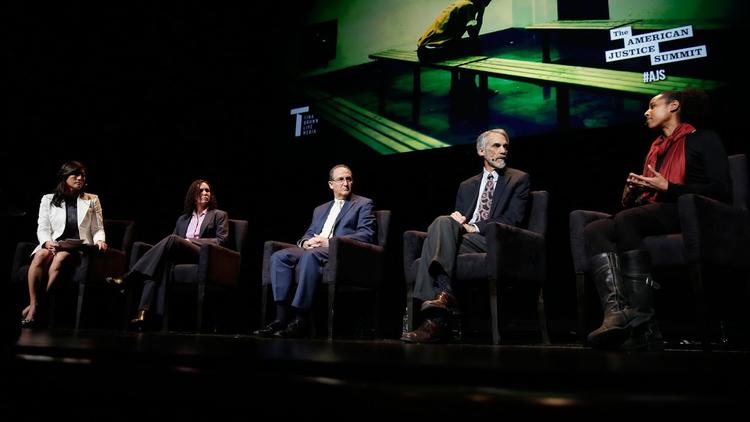 Gainesville, Florida (Special to Informed Comment) – By essentially rejecting the provisions of the U.S.Joint Commission on Mental Illness and Health, a very well designed 1963 Kennedy era program entitled, “Action for Mental Health” and other attempts to trim mental health budgets and services, many states and localities have opted to spend the same dollars on inappropriate incarceration in prisons. “Action for Mental Health” called for dollars saved by closing state mental hospital beds to instead be used by mental health professionals to follow mental health patients in local, outpatient community mental health centers, with patients living in community settings where they would have a richer and freer life.

Instead, most states reneged on “Action for Mental Health” and their obligations to mental health budgets and outpatient services and spent the same dollars for prisons and jails which are clearly not appropriate or safe places for mental health patients. Today, the U.S. has over 1 million behind bars for crimes that could have been avoided had they received proper community mental health treatment. They are mostly incarcerated for non-violent, nuisance crimes that are the result of society’s neglect, not evil/criminal intent.The rate of overall institutionalization for mental health patients has stayed fairly constant for the past 80 years, but the institution of choice has shifted them from hospitals to prisons. County jails and state prisons, ill equipped at providing treatment, have become home to more and more prisoners suffering from mental health issues. The Florida Department of Corrections, for example, estimates as many as 40,000 inmates are mentally ill; in the horror of Florida and other state prisons, mentally ill inmates have been tortured, driven to suicide and been killed by guards. Prisons aren’t appropriate or safe places for mental health patients.

In today’s era of austerity and privatization, we also choose to shift patients from hospitals to corporate private profit prisons/jails. In 2014, one million in US were jailed for crimes that could have been avoided had they received community mental health services. Alarmingly, prisons and county jails are the default disposition for patients who can’t make it on their own in community, with county jails and private profit detention facilities now being the largest mental health facility in many communities. Patients used to languish in snake pit hospitals, now they languish in much more dangerous and degrading snake pit prisons. It’s critical that everyone interested in the welfare of mental health patients should join all state and local efforts to end their barbarous and inappropriate imprisonment.

Next to private health insurance corporations, there is no greater disconnect between the public good and private interests than the rise of corporate owned and operated for profit jails. The interest of private jails lies not in the obvious social good of having the minimum necessary number of inmates, but instead having as many immigrants and prisoners as possible housed as cheaply and profitably as possible. In the push for austerity and privatization, private profit U.S.prison corporations have become premier examples of private capitalist enterprises seeking profits from the misery of man while trying to ensure that nothing is done to decrease that misery.

Profiteering private prison corporations are cashing in on the misery and desperation of U.S. citizens as many county jail and state prison systems privatize throughout the nation. Private companies house about 9 percent of the nation’s total prison population, with privatization/profiteering madness now extending to well over 6 million people under correctional supervision, more than ever were in Stalin’s gulags. As noted above, misery and desperation has been compounded by the underfunding and deterioration of community mental health services and wreckless abandonment of the “Action for Mental Health” program.

Very alarming, the private prison industry also incarcerates about 73 percent of all immigrant children, adolescents and adults . A spokesman for the Immigration and Customs Enforcement Service (ICE), Alonzo Pena, acknowledged that the private companies have all too often fallen short, noting that “It wasn’t their priority to ensure that the highest standards were being met”. ICE deserves some blame/responsibility. “We set up this partnership with the private industry in a way that was supposed to make things much more effective, much more economical, but unfortunately, it was in the execution and the monitoring and the auditing we fell behind, we fell short.”

The standard method for privatization of jails:
1). Defund government services to make sure things don’t work and people get angry
2). Hand program over to private capital.
3). Continue to defund local publically funded jail and state prison services.
4). Urge/pressure county commissions and state government to allow for-profit, private prison corporations to take over under the guise of “rescuing” jail functions.
5). Promote the ‘appearance of rescue’ of the county jail or state service by self-serving private profit driven programs to the community.,

In reality it’s not long until privatization falls short in quality service; the private jail program saves money by employing fewer, less trained guards and other workers and pays them badly, with horror stories often accompanying how these jails are run. In addition to Department of Justice studies and experience showing that governments save little money, if any, by turning over prison functions to private outfits, the DoJ also concluded that private prisons were in general more violent than government-operated institutions, and ordered a phaseout under the Obama administration of their use at the federal level. Regrettably, reversing that order was one of the first things that President Trump’s attorney general did on taking office.

Without evidence, private prison corporations always claim that their program will save the county and state millions annually. Private companies, such as CCA/CoreCivic and GEO Group dominant, tout their virtues by saying they build and operate prisons more cheaply than governments can, due to the public sector’s many mandates. Their day-to-day operations are similarly more efficient and less costly, they assert, and they do it all without compromising public safety. The bottom line, they say, is that they allow governments to free up public funds for pursuits that mean more to most taxpayers than how felons or immigrants are jailed. To make sure that happens, private prisons companies spend millions on donations to politicians from both political parties at all levels of government, campaigns and congressional lobbying efforts, just like businesses that sell cars, real estate, hamburgers or toothpaste.

“Privately operated facilities are better equipped to handle changes in the flow of illegal immigration because they can open or close new facilities as needed,” said Rodney E. King, CoreCivic’s public affairs manager.
Critics tell a different story. They cite moments like a 2015 riot to protest poor conditions at a prison in Arizona run by another major private player, Management and Training Corporation. Earlier at that same institution, three inmates had escaped and murdered two people.

Despite many promises that jail and prison privatization will lead to big cost savings, such savings, as a comprehensive study by the Bureau of Justice Assistance, part of the U.S. Department of Justice concluded, “have simply not materialized.” To the extent that private prison and jail operators do manage to save money, they do so through “reductions in trained staff, fringe benefits and other labor-related costs.” Economist Paul Krugman notes that “as more and more government functions get privatized, states become ‘pay-to-play paradises in which both political contributions and contracts for friends and relatives become quid pro quo for getting government busines.”

The corrupt nexus of privatization and patronage by privat 1 percent corporations and oligarchs is undermining local and state levels of government across the USA. Since prison/jail treatment, counseling and rehabilitation programs are not profitable and therefore discouraged or rejected, longer-term institutionalization by for-profit corporations is promoted via harsh sentencing guidelines and other means for keeping inmates doing lengthy, and very profitable for the corporation, sentences. To fix this problem, we should demand that private corporations be removed from the administration of our local, state and federal public prison programs. Privatization of jail services increases costs without any corresponding increase in quality or care. Until then, the powerful in county, state and federal government, along with their corporate oligarch partners to whom they are beholden will continue privatizing and profiteering as they please, while laughing all the way to the bank. Everyone interested in the welfare of mental health patients should join all state and local efforts to end privatization. profiteering and barbarous inappropriate imprisonment.