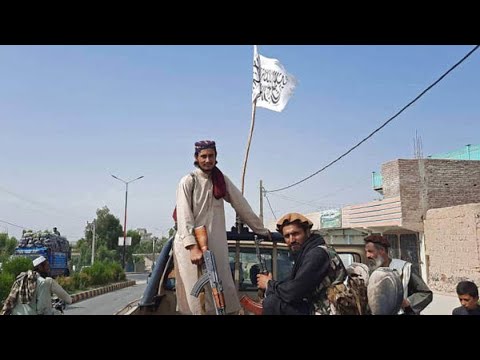 Human Rights Watch) – (New York) – Afghans at heightened risk of persecution from advancing Taliban forces are in urgent need of evacuation and international protection abroad, Human Rights Watch said today. Foreign governments should prioritize providing visas and helping ensure safe passage for civilians whom the Taliban may target for abuse because of their past work or status, along with their immediate family members.

Civilians feared to be at particular risk include those who have worked to promote human rights, democracy, and education; academics, writers, journalists, and other media workers; and people who have done work for foreign countries; among other at-risk categories. Members of ethnic minorities and Shia Muslims, in particular Hazaras, are also at greater risk.

“The Taliban have a long record of abusing or killing civilians they deem ‘enemies,’” said Patricia Gossman, associate Asia director at Human Rights Watch. “Whether from inside or outside of Afghanistan, governments and UN offices should provide protection and assistance to at-risk Afghans and make processing travel documents and transportation a priority.”

Governments should immediately suspend all deportations and forced returns to Afghanistan, Human Rights Watch said. All countries should publicly recognize that Afghans fleeing Afghanistan should be given meaningful opportunities to seek asylum. The United Nations and UN member states should increase humanitarian assistance to neighboring countries to which Afghans are fleeing and support those countries admitting them. Governments should also increase support for emergency evacuation, relocation, and resettlement operations for Afghans, and urgently meet to adopt coordinated protocols for resettlement to third countries for people particularly at risk.

Governments should also increase support for nongovernmental groups inside and outside of Afghanistan that promote human rights, women’s rights, children’s rights, education, health care, and other vital needs. Governments should ensure the participation of Afghan civil society groups in discussions of assistance and resettlement.

The UN Human Rights Council in Geneva should urgently pass a resolution creating a special body to collect and preserve evidence of abuses by all parties to the conflict in Afghanistan and prepare files to facilitate fair and independent criminal proceedings, with the assistance of the UN high commissioner for human rights.

The UN Security Council should immediately adopt a resolution demanding that all parties to the Afghan conflict abide by international human rights standards and international humanitarian law, notably the humane treatment of civilians and combatants in custody. It should reiterate that the International Criminal Court, to which Afghanistan is a party, can prosecute war crimes and other atrocities. The resolution should call on all parties to ensure that all civilians, including internally displaced people, have full and free access to humanitarian assistance from UN agencies and humanitarian groups.

The Security Council is set to renew the mandate of the UN Assistance Mission in Afghanistan (UNAMA) in September. UNAMA’s mandate should be expanded to explicitly include collecting information and evidence of serious violations and abuses committed by all parties to the conflict. The council should instruct UNAMA to publicly report on its findings and share information and evidence with the Office of the Prosecutor of the International Criminal Court as well as other international or domestic bodies investigating war crimes and other abuses in Afghanistan.

“Afghanistan’s warring parties need to recognize that the world is watching, and evidence of abuses is being collected,” Gossman said. “Those who commit atrocities can one day expect to face justice for their crimes before the International Criminal Court or another tribunal.”