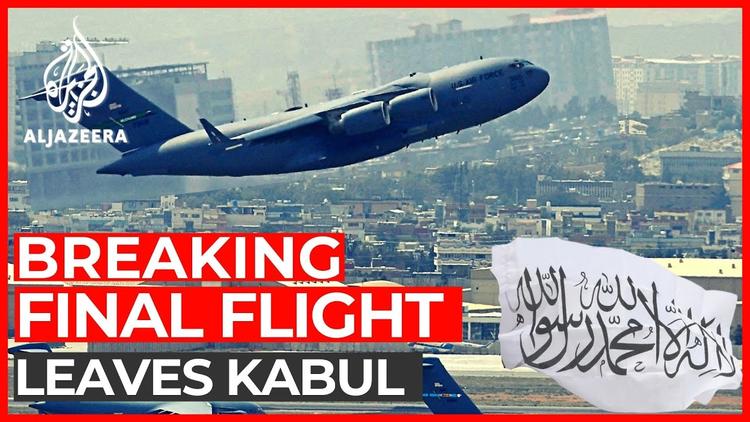 Ann Arbor (Informed Comment) – Tom Bowman and Audie Cornish at NPR report that all U.S. troops are out of Afghanistan, ending America’s longest war. I teach that war every year, so I’ll still be living with it the rest of my career. But for most Americans, its end should be something to celebrate. Here are six things we won’t miss about it, off the top of my head, with thanks to Ellen Knickmeyer at AP and Adela Suliman at the Washington Post for some of the links below.

1. Knickmayer estimates that 47,245 Afghan civilians were killed during the war. Many, of course, were killed by al-Qaeda or the Taliban. But in some periods of time, the United States and the Afghanistan National Army killed more civilians than did the then insurgents. Many of these were killed by high-altitude US bombing campaigns that struck civilians instead of military targets. Afghans engage in celebratory fire at weddings, shooting off guns in joy, and the US Air Force sometimes could not distinguish between such celebrations and insurgent firefights.

2. She reports that over 2500 US service personnel were killed, along with 3,846 U.S. civilian contractors and 1,144 NATO and other allied service personnel, and 66,000 Afghanistan troops and police.

3. The government watchdog agency SIGAR estimated that 20,666 US troops were wounded in Afghanistan among the over 800,000 American service personnel who served in Afghanistan since fall, 2001.

4. Linda Bilmes, the Daniel Patrick Moynihan Senior Lecturer in Public Policy at Harvard, writes of those 20,666 wounded warriors, that their care will add as much as $2.5 trillion to direct cost of the war.

“Between 2001 and 2050, the total costs of caring for veterans of the post-9/11 wars are estimated to reach between $2.2 and $2.5 trillion. This includes the amount already paid in disability and related benefits and medical care, as well as the projected future cost of lifetime disability benefits and health care for those who have served in the military during these wars. 2 This estimate is double the author’s previous projections in 2011 and 2013. 3 Several factors account for this dramatic increase. These include: extraordinarily high rates of disabilities among this cohort of veterans, greater outreach by the federal government to inform veterans of their eligibility for benefits, more generous eligibility and benefit compensation, as well as more advanced and expensive medical care, and substantial investment by the Department of Veterans Affairs (VA) to process and administer claims and benefit programs and deliver health care. Federal expenditures to care for veterans doubled from 2.4 percent of the U.S. budget in FY 2001 to 4.9 percent in FY 2020…”

4. The U.S. spent $2,261,000,000,000, over two trillion dollars, directly on the Afghanistan campaign, if you count operations in and from neighboring Pakistan, according to Adela Suliman at WaPo.

5. But Knickmeyer links to Heidi Peltier at the Brown Costs of War project, who points out that much of the money spent on the war was debt-financed, and by 2050 we the public will have spent up to $6.5 trillion in interest costs. I always thought it was the arms manufacturers driving these wars, but who knows, maybe it is the financial institutions.

6. In 2010, Da Kabul Bank, with $1.3 billion in assets, including the savings of one million Afghans, collapsed because of corruption. Its managers, cronies of President Hamid Karzai, embezzled its money to buy Dubai real estate and it all went to hell with the 2008 world economic crash. U.S. taxpayers bailed out the bank to prevent its collapse from tanking the economy. When I think of U.S. troops dying to shore up this edifice of world-beating corruption I want to throw up.

We stood up a 300,000-man army and security force in Afghanistan that melted away in a single week in August, 2021. The president of the country, elected in polls that the US encouraged, ran away to Dubai with $169 million in cash, leaving a collapsed government.

In all the 20 years of the US war in Afghanistan, the Taliban never committed terrorism on U.S. soil, and I can only think of two Afghans who tried to, one being an al-Qaeda recruit and the other a lone wolf inspired by al-Qaeda and ISIL. We weren’t over there because of a terrorism threat to the US mainland. I study this sort of thing professionally, and honest to God, I couldn’t tell you why we were over there. Mostly mission creep and presidents’ and generals’ fear of egg on their faces if the house of cards collapsed on their watch. I admire Joe Biden for being willing to take the hit and finally end the charade.

Also, Here’s a recent radio interview of mine on Afghanistan at BEFM in Busan, South Korea.