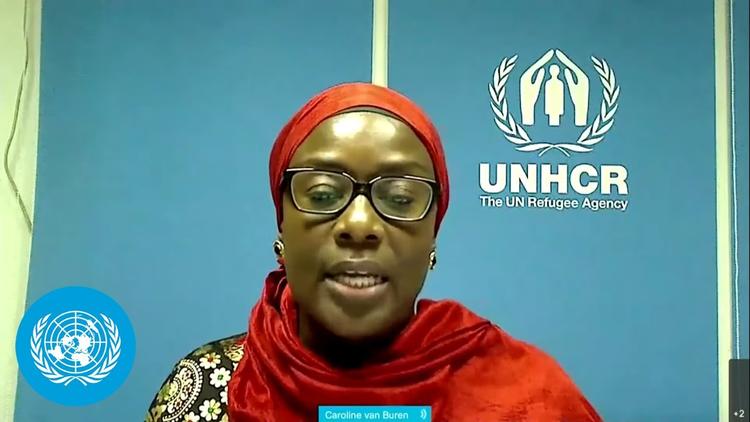 Ann Arbor (Informed Comment) – The United Nations’ World Food Program (WFP) announced a few days ago that 14 million people in Afghanistan are at risk of acute food insecurity in a matter of weeks. That is about a third of the population. It is up from 11 million last spring, when the WFP and other aid agencies had over time reduced the proportion of the food insecure from 42 percent to 35 percent.

Some 2 million children are under a worse threat, of actual malnutrition. Food insecurity is where you will be malnourished if any little thing goes wrong, like you miss one paycheck. For those 2 million children, things have already gone wrong and they’re unlikely to get enough to eat starting in September.

At least some people in 27 of 34 provinces are facing severe malnutrition even now.

Some 389,000 people have been displaced, i.e. made homeless, by fighting since January 1 of this year — about 1 percent of the 38 million Afghans. That would be the equivalent of over 3 million Americans, as though everyone in Connecticut or Iowa was suddenly homeless in the past eight months. And that is before the dramatic events of the past two weeks, which will likely spur more large population movements.

It had been expected last spring that the problem of food insecurity in Afghanistan would lessen substantially this coming fall, but the conquest of the country by the Taliban has created a new humanitarian emergency, in part because it is expected that billions in foreign aid will be cut off by Europe and North America.

Some 75 percent of public spending in Afghanistan was financed by foreign grants, and that has just evaporated. A country of 38 million is suddenly going to have to get along on 25 percent of its former public spending. Foreign grants also paid for the security forces, who were about 2 percent of the work force of 14.5 million, and now all those jobs are suddenly lost and the money won’t be coming in. The country was running a structural trade deficit, importing a third more than it exported, which was paid for by, you guessed it, foreign grants.

The WFP is saying it needs $200 million to avert famine in the war-torn country. The majority of UN aid workers remain in the country, though some have left for Kazakhstan. The WFP accepts tax-deductible donations here.

Things will get much worse now, since the Afghan economy has just gone off a cliff. The U.S. has frozen $9.5 billion in Afghanistan government money held in the National Bank but reposited in U.S. financial institutions. The Afghan news service Tolo reports that the World Bank has cut off Afghanistan, halting the $5.3 billion it had committed to development projects in that country on the grounds that women’s rights there are now being rolled back.

Afghanistan is not an ordinary country with an ordinary economy. As noted above, it was deeply dependent on foreign grants for almost everything beyond simple subsistence, and apparently even for some of that.

“Afghanistan’s economy is shaped by fragility and aid dependence. The private sector is extremely narrow, with employment concentrated in low-productivity agriculture (44 percent of the total workforce works in agriculture and 60 percent of households derive some income from agriculture). Private sector development and diversification is constrained by insecurity, political instability, weak institutions, inadequate infrastructure, widespread corruption, and a difficult business environment (Afghanistan was ranked 173rd of 190 countries in the 2020 Doing Business Survey). Weak institutions and property rights constrain financial inclusion and access to finance, with credit to the private sector equal to only three percent of GDP. Weak competitiveness drives a structural trade deficit, equal to around 30 percent of GDP, financed almost entirely from grant inflows. Grants continue to finance around 75 percent of public spending. Security expenditures (national security and police) are high at around 28 percent of GDP in 2019, compared to the low-income country average of around three percent of GDP, driving total public spending of around 57 percent of GDP. The illicit economy accounts for a significant share of production, exports, and employment, and includes opium production, smuggling, and illegal mining.”

All the money that flooded into the country because of the European and North American troop presence and support for the country in 2002-2012 caused the GDP growth per annum to soar to 9.5 percent in those years. But from 2012 European countries began getting out and the U.S. much reduced its forces, and the foreign money fell off quite a lot. In 2015-2020 Afghanistan only grew 2.5 percent per annum, and since it has a high population growth rate, the per capita increase was small. In fact, poverty shot up in the past five years, which is one reason the Taliban took over so easily.

Now all those billions in foreign support have abruptly dried up. Afghanistan is on its own. And it is one of the poorest countries in the world. It just got dramatically poorer.