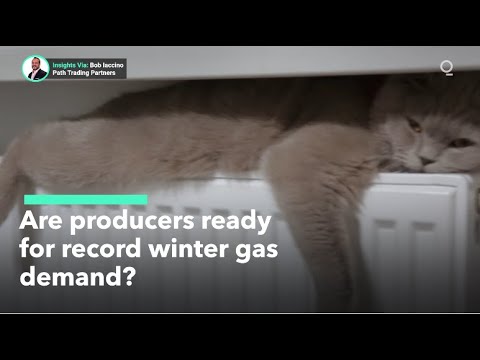 Ann Arbor (Informed Comment) – Anna Shiryaevskaya, Stephen Stapczynski and Ann Koh at Bloomberg.org report that natural gas prices have risen 1,000 percent in Europe since the pandemic crash of May, 2020. Other parts of the world with more natural gas of their own also saw price increases over the past year, though not on that scale. The cost of liquefied natural gas rose six times in Asia, and is at a ten-year seasonal high in the United States despite fracking.

This spike in gas prices isn’t just a post-pandemic fluke, however. It appears to reflect a new secular trend of global demand outstripping supply, which is expected to continue through the 2020s.

They explain that one driver of the age of permanent higher cost for natural gas aside from increasing demand is that investment in new natural gas facilities has been lagging because investors are under pressure from environmentalists and governments to get away from fossil fuels.

At the same time, increased demand comes in part from a rush to dump dirty coal in countries such as China and Germany, in a bid to meet carbon dioxide emissions reduction targets in the wake of the 2015 Paris climate accord. If it is extracted carefully, as Qatar does, natural gas produces half the greenhouse gas emissions of coal.

This report doesn’t say so explicitly, but we can draw the conclusion that the big run-up in natural gas prices is a direct result of the reaction to the climate crisis of governments and corporations and reflects a contradictory situation where climate concerns are both driving governments and the market away from coal and toward natural gas, and are depriving natural gas of investment funding for expansion!

The Bloomberg report seems oddly uninterested in the implications of this long-term change for the adoption of renewables, about which the reporters oddly and inaccurately say, “Meanwhile, non-fossil-fuel alternatives such as wind and solar are at a relatively early stage in the energy transition.”

In fact, the wind power sector in particular is a mature technology, and wind can be as little as 3 cents a kilowatt hour, substantially cheaper than either coal or natural gas. In sunny climes, solar is also now 3 cents/ KWh or in a few cases like Dubai, even less. Coal is 5 cents a kilowatt hour, and natural gas is about 6.5 cents/ KWh. If natural gas rises in price, that would be an impetus to go straight to renewables.

The fuel mix for electricity in a country also matters.

Wind provided about a quarter of the electricity in the UK in 2020, and that percentage will grow as new offshore wind farms now being constructed come online. Coal has already been all but knocked out in Britain, down to under 2% of electricity production. Natural gas remains the largest single fuel for power plants, at some 36%. So as the government proceeds to reduce its carbon emissions further, it will have only one choice: to replace natural gas with wind, solar, and batteries.

In a scenario like that of the UK, the run-up in natural gas prices predicted by Bloomberg, along with CO2 reduction targets, will likely drive a surge in renewables.

The situation looks different in, say, China, where coal is still 56% of electricity generation, and where very substantial savings in CO2 emissions could be had by moving to more natural gas even as Beijing vastly expands its use of wind and solar. Of course, wind, solar and battery could become so much cheaper than natural gas that China will reconsider and replace the coal with renewables instead.

Then you have California, where nearly 50 cities have banned natural gas for heating and cooking in newly constructed buildings, insisting on electrifying them. The movement against natural gas will likely not only impede investment in natgas extraction and power plants but will actually also discourage the use of natural gas at all. Gov. Newsom is likely to ban fracking by 2024, and permits are already getting hard to acquire. Fracking is a water hog, and California’s long-term drought will also make the practice ever more unpopular and expensive.

The vast expansion of California’s battery storage capacity also weakens the argument for natural gas as a baseline power generator, a phenomenon that will accelerate in coming years.

So I would say we have a mixed picture of the impact of high natural gas prices on the move to renewables. In high-coal areas like China and Poland, you could see a move to natural gas because of global pressure to reduce CO2 emissions. And that move could keep the pressure on prices for a while. But in low-coal or no-coal areas like the UK and California, demand for natural gas will likely plummet in the 2020s in favor of renewables plus batteries. The question is whether the low-coal states’ flight from natural gas will offset higher demand in some countries. Moreover, if the cost of renewables goes on plummeting and batteries get cheaper and longer-lasting, some of the flight from coal will be toward renewables instead. It seems to me likely that in 15 years the gas craze for gas will subside and go into a tailspin as cheap wind, solar, battery take over the world.

Bloomberg: “Are Natural Gas Producers Ready for a Demand Surge?”