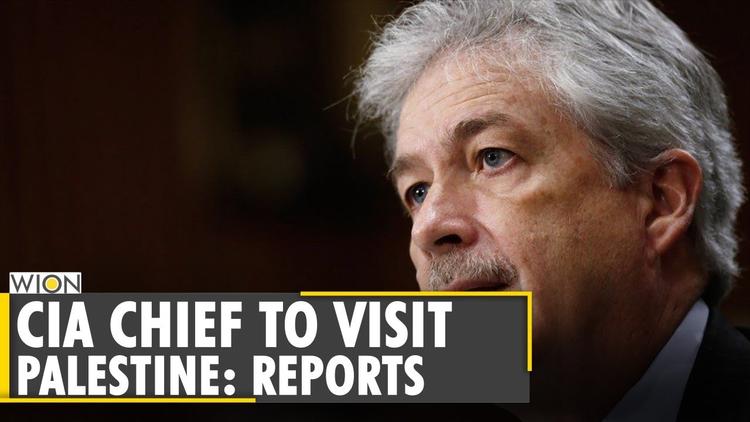 Ann Arbor (Informed Comment) – Jonathan Lis at Haaretz reports that the Israeli government of Prime Minister Naftali Bennett is lobbying the US to get on a war footing with Iran.

The Israelis will try to convince CIA director William Burns of their position on Iran in his meetings there on Wednesday.

1.He says that the Israeli government has concluded that it is unlikely that the new hard line president of Iran, Ebrahim Raisi, will return the country to the 2015 nuclear deal or Joint Plan of Comprehensive Action (JCPOA).

2. Israeli analysts assess that a combination of severe sanctions and the threat of US military action can force Iran to give up its civilian nuclear enrichment program, which Israel fears Iran may eventually weaponize.

3. Israeli intelligence, he says, believes that Iran has enriched a bit of uranium to 60%, and a larger amount to 20%. You need uranium enriched to 95% to make a bomb.

What follows is a critique of these Israeli positions, not of Mr. Lis, who is simply reporting what Israeli intelligence and military sources are telling him.

1. It is very bad Iran analysis to hang your argument on Raisi. Raisi, who was inaugurated as president last weekend, is not in charge of the army or Iranian intelligence and it is not his call whether Iran returns to the JCPOA. The Iranian president is more like a typical American vice president, with limited power and autonomy.

These matters are decided by the August Leader, Ayatollah Ali Khamenei, the ruling theocrat of Iran. Khamenei permitted the negotiations with the UN Security Council and the Obama administration in 2014-15 that led to the nuclear deal. He permitted the signing of that deal. He is the one who authorized Abbas Araghchi to negotiate a return to the deal at Vienna with the UN Security Council remaining signatories (with the US, which broke the treaty under Trump in 2018, on the sidelines as an indirect party to the negotiations).

Moreover, Raisi has given no indication of being opposed to a return to the nuclear agreement, which Iran faithfully upheld from summer of 2015 until 2019, a year after Trump destroyed it. I pointed out that he has said,

“If we solve many of the country’s problems based on existing solutions such as the resistance economy and neutralize sanctions, our economy will not be shaken.”

“These sanctions would create problems in any country. Even those who imposed them have admitted that the maximum pressure campaign did not impact our country and was doomed to fail, because our country is determined and our young people are active in many fields. They wanted to prevent our oil exports, but it was exported.”

On Iran’s Ties With The World

“We will interact with the world, with all countries that want to have ties with the Islamic republic. We will establish ties with neighboring countries as a priority.”

“We must pursue ties with the world with rationality. Rationality and prudence require that we put national interests first. National interests are central for us. We strongly believe that the oppressive sanctions should be lifted, and no effort will be spared in that regard.”

Raisi is on board with the nuclear agreement that Khamenei signed onto. He wants a lifting of the ruinous US financial and trade blockade on Iran, and knows that the public is dissatisfied with the resulting economic doldrums, which will affect his chances of reelection. The only way to get the sanctions lifted is to return to the JCPOA.

2. The suggestion that Iran can be made to give up its enrichment activities by a combination of severe sanctions and the direct threat of US military force is equally in error.

Since May, 2018, there isn’t any dirty economic trick the US hasn’t played on Iran. In September, 2018, the Trump administration even declared Iran’s central bank a terrorist organization, which meant that no one could buy or sell anything at all from or to Iran, and even aid organizations could not send charity, without risking being declared a material supporter of terrorism. Washington went around to the 8 major Asian trading partners of Iran and strong-armed seven of them into ceasing that trade, often at the cost of billions to their economies. Only China defied the US on this matter, but even it did so surreptitiously, allowing small private refineries in the south of the country secretly to import Iranian petroleum on tankers that went dark and avoided sending out any signals that could identify them.

Under Trump, the US on more than one occasion came very near to striking Iran militarily, and the Iranians are not stupid, they knew that were under American military threat. On January 3, 2020, Trump assassinated Gen. Qasem Soleimani, the head of the special operations Jerusalem Brigade of the Iranian Revolutionary Guards Corps and one of the top figures in the Iranian government.

So both of the tactics suggested by the Israeli officials as reported by Lis have already been in place since May, 2018, and they have produced zilch, nada, zip, bupkes, or, in Persian, sefr (zero). There is no reason to believe that more of the same will work.

In fact, it is the other way around. I have argued that the Iranian civilian nuclear enrichment program is a form of nuclear latency. That is, having such a program is a signal that a country is not fair game for invasion by outsiders. Preparing a war takes time, and a country with an advanced program might be in a position to create and detonate a nuclear bomb by the time the invasion troops approach its shores. An aggressor therefore would have to think twice about launching such an invasion.

It has been argued that Japan’s four tons of plutonium stocks and its sophisticated nuclear energy program serve precisely this purpose vis-a-vis China and North Korea. This tactic is sometimes called the “Japan option.”

The more it looks as though the US seeks to destroy Iran, the more impetus Iran has to up its game on nuclear latency. Hence, it has recently enriched uranium to 60%. That is useless in itself. You can’t do anything with radioactive rocks that are 60% U-235 (as opposed to the non-volatile U-238 that is the vast majority of uranium found in nature). It is, however, like flashing a big neon sign, “Don’t mess with me.”

All this is why point #3 that Lis reports is misleading. If Iran had wanted an actual bomb, it would have had one long ago. Khamenei has gone blue in the face giving fatwas against nuclear weapons. He doesn’t want a bomb. He wants the world to know that Iran could make one if sufficiently threatened.

It would be by reassuring Iran that the US is not trying to overthrow the country’s government and has no belligerent intentions toward it that you might be able to get them to mothball the high end of their civilian nuclear enrichment program.

In fact, that is what the UN Security Council and Obama achieved in 2015. The JCPOA forced Iran to mothball 80% of their enrichment program. That achievement was denounced by the Israeli government and then Prime Minister Binyamin Netanyahu attempted to use the powerful Israel lobbies to overrule Obama on it. Netanyahu then pressed Trump to breach the accord, as did the United Arab Emirates and Saudi Arabia, and they succeeded in convincing him (or bribing him, for all we know) to do so.

So this second part of the Israeli analysis is also profoundly incorrect. The tactics proposed have been tried. They manifestly do not work, and in fact they clearly have backfired.

Further, having the US threaten Iran with direct military action is dangerous, since it could itself inadvertently turn into a war.

The US officer corps has analyzed the Iranian nuclear program and concluded long ago that the only way to stop it entirely would be to invade and occupy the country.

That is really what Bennett wants from the US, and the Biden administration should reject it out of hand and display anger at Bennett for daring bring up such a thing.

Israel is not threatened by the Iranian civilian nuclear enrichment program, which produces fuel for the reactor in Bushehr (two more are planned). Israel has several hundred nuclear bombs and the means to wipe out all Iran’s major cities.

Israel is afraid of not being the only nuclear-armed state in the Middle East, and of losing all the leverage it gains by that status, its ability to bully other states. In 2003 when Bush was preparing to invade Iraq and there was a danger that Saddam Hussein might throw chemical weapons on Tel Aviv, Prime Minister Ariel Sharon implicitly warned Baghdad it would be nuked if it did that.

Israeli nuclear supremacy in the Middle East and the Israeli ability to threaten its neighbors with being reduced to radioactive piles of rubble are not US strategic assets and the US should pay no attention to Bennett’s special pleading.