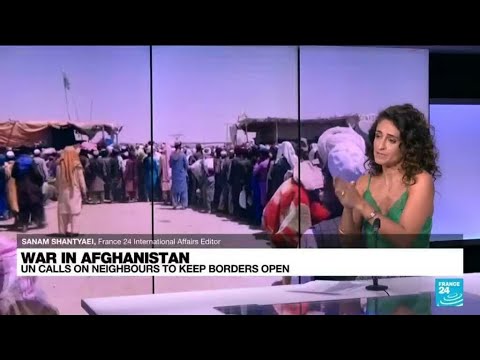 Ann Arbor (Informed Comment) – The fall of Kabul to the Taliban and the establishment of a Taliban government in the entirety of Afghanistan has dire implications for Afghans, especially women, urban people, Hazara Shiites, and generally non-fundamentalists. It also has implications outside the country.

Here is a quick scorecard of the drawbacks and benefits of this development for regional neighbors:

1. Iran is a winner given that US troops will be out of Afghanistan. In the early zeroes, Iran was surrounded militarily, with over 100,000 troops in each of Iraq and Afghanistan. Now, the Biden administration intends to get all troops out once the Kabul U.S. embassy personnel are safe. The US presence in Iraq is negligible. The US has tried to squeeze Iran economically in a bid to weaken or overthrow its government and to dissuade Tehran from its civilian nuclear enrichment program. With fewer US troops on their borders, Iranian leaders will rest a little easier.

Although Iran is being cautious in its statements on Afghanistan, and denies rumors of border clashes with the Taliban, the dominance of Iran’s neighbor by a hard line Sunni fundamentalist movement will raise some fears in Iran, which almost went to war with the Taliban in 1998.

There will also be a new wave of Afghan refugees into Iran, which the government says it will allow on humanitarian grounds.

2. Pakistan is a winner in this situation regarding foreign affairs, since its main concern is its enemy India, and says it will recognize the Taliban government. The Pakistani military had been unhappy with the governments in Kabul after 2001, viewing them as tilting toward India and hostile to Pakistan’s interests. Just two months ago former Afghanistan president Ashraf Ghani accused Pakistan of sending 10,000 militants over the border and of declining to push the Taliban to negotiate. Prime Minister Imran Khan called the charge “unfair,” stressing that Pakistan had indeed urged the Taliban to enter talks. India’s External Affairs Minister S. Jaishankar complained that India could not pursue commerce with Afghanistan as it wished to because of Pakistan’s interference. Pakistan lies between India and Afghanistan, and the latter is potentially a route for Indian overland trade to Central Asia and even, if fast rail lines are built, all the way to China. Imran Khan retorted that India’s isolation was a result of militant Hindu fundamentalism, embodied in the paramilitary Rashtriya Swayamsevak Sangh (RSS) that is the handmaid of the governing far right wing Hindu nationalist Bharatiya Janata Party.

Pakistan had been afraid of being surrounded, with India on one side and a pro-New Delhi government in Afghanistan on the other. With a Taliban victory, Pakistan now has an ally in Kabul.

There are nevertheless drawbacks of this development for Pakistan. At a recent conference a Pakistani academic, Professor Shabir Ahmad Khan warned that developments in Afghanistan could have a “massive spill-over on the neighboring countries in the form of drug trafficking, violence, and refuge crises.” In the 1980s and 1990s, Pakistan had come to host some 3 million Afghan refugees in the north, a heavy burden for a poor country. More than half of those families had returned to Afghanistan in the post-Taliban era, but Pakistan must be bracing for a new influx. Islamabad says it has built fences to keep Afghan migrants out, but it has a long and rugged border with its northern neighbor and I doubt the fences will stop people.

In 2008-2016 the Pakistani military had to fight a Taliban insurgency of its own, centered in the Federally Administered Tribal Areas (FATA) of the northwest, which spilled over onto Islamabad, Lahore and Karachi. Emboldened by the victory of the Taliban in Afghanistan, the Tehrik-i Taliban Pakistan could see a resurgence, roiling domestic Pakistani security. Certainly, urban, secular-minded Pakistanis will be alarmed at the fundamentalist takeover of such an important neighbor.

3. India is a loser. Its access to Central Asian markets is further blocked. Pakistan has a new ally. The future of its Chabahar Port in southern Iran, which had been intended to bypass Pakistan, is in doubt.

4. Uzbekistan and Tajikistan, neighbors of Afghanistan, are afraid of the influence of hard line Muslim fundamentalism. Uzbekistan’s elite is post-Soviet and secular-minded, and views Taliban-type thinking as a form of terrorism. Tajikistan had a big fundamentalist movement of its own after the fall of the Soviet Union in 1991, which elites in Dushanbe suppressed. Both will likely strengthen their military ties with Russia, as Nikola Mikovic points out in his column today.

5. Russia is a potential winner. Since relations with the US soured after the 2014 Russian annexation of Crimea from Ukraine, President Vladimir Putin has been less supportive of a US presence in Afghanistan. Having the US military out of Central Asia will be seen as a plus for Moscow. Likewise, it is an opportunity to reassert Russia’s security umbrella over former Soviet Socialist Republics in the region, and the latter will welcome Russian bases more readily.

The downside for Russia is that 15 percent of its population is Muslim, and Putin made his bones by putting down a Muslim fundamentalist separatist movement in Chechnya. A Taliban victory could inspire more such movements. Likewise, Moscow fears Afghanistan’s poppy production for fear of a big heroin addiction problem among Russian urban youth, and it is possible that poppy production will see an uptick, with the turmoil in Afghanistan.

6. The U.S. looks like a clear loser, especially the Biden administration, which has egg on its face from the rapid collapse of the Afghanistan government and military. There are fears that the Taliban victory will embolden the fringe of Muslim radicals. On the other hand, the U.S. did not suffer appreciably from the fall of South Vietnam to the communists in 1975. As long as the Taliban victory remains a domestic Afghanistan development, and assuming there is no uptick in international terrorism, especially in the US itself, it could well be that President Biden will weather this storm. The American public after all has a pandemic and economic crisis to worry about and may not be very interested in foreign affairs.