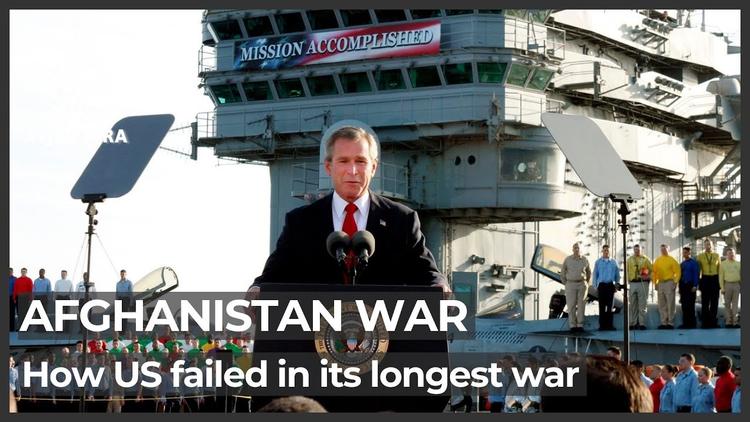 ( OpenDemocracy.net) – The chilling reports coming out of Afghanistan right now are more than enough to anger any feminist. As hundreds cling to US planes, scrambling to leave the country, women and girls predict a violent backlash and LGBTIQ people fear for their lives. I can understand why you might want our world leaders to act urgently.

But, British feminists, how could you have forgotten already? We’ve been here before. I’ve been shocked by the knee-jerk and lazy reactions across social media, with many calling for intervention to ‘rescue’ women and girls in Afghanistan. There is no feminist case for sending UK troops to another country.

I’m a British feminist, my politics were formed very much by the impact of 9/11 and the so-called ‘war on terror’. I haven’t forgotten the way Western leaders in 2001 used the plight of Afghan women and girls under the Taliban to justify occupying the country – “white men saving brown women from brown men”, as feminist scholar Gayatri Chakravorty Spivak put it.

Back in 2001, the UK prime minister’s wife, Cherie Blair, called for moves to “give back a voice” to Afghan women. In 2010, then US secretary of state Hillary Clinton vowed to defend Afghan women’s rights. This was a huge part of her so-called feminism – vowing to save the Afghan women, while bombing them.

“It is not too late for [the] US and UK to send troops to help hold Kabul,” tweeted Justin Forsyth, a former aide to Gordon Brown, who has also served as CEO at both UNICEF and Save the Children. He linked to a BBC article headlined ‘Kabul’s young women plead for help as Taliban advance’. The piece reads: “For 20 years the West has inspired, financed and sheltered this new generation of Afghans. They have grown up with freedoms and opportunities that they fully embraced.”

Journalists across the media are pursuing a similar narrative. Reporting the story of an Afghan woman, who two decades ago, at the age of 12, was forced to get engaged to her cousin, the Financial Times yesterday wrote: “After the 2001 US-led invasion of Afghanistan, the teenager discovered a freedom that would have been unimaginable”.

That’s exactly the problem: all these statements seem to rest on the assumption that the occupation of Afghanistan was a good thing for women and girls – something Hilary Clinton herself claims.

But it absolutely wasn’t. Nearly 70,000 civilians were killed and injured in the US’s longest-running war – many of whom were women.

But the violence has been entirely legitimised or brushed over by claims that women and girls in Afghanistan once again need Western rescue efforts – as if the people being murdered are just collateral damage.

What have the US and UK been doing in Afghanistan for the past 20 years? How could you possibly believe in this liberal interventionist narrative when Afghan women’s empowerment apparently fell apart in a matter of days? Haven’t we learnt anything from intervention in Iraq – or Libya?

In 2011, liberals including human rights groups actively called for intervention through the backdoor, via a no-fly zone (a euphemism for bombing that meant NATO’s were the only planes flying.) And what was one of NATO’s justifications at the time? That Gaddafi was using mass rape as a weapon of war – which Amnesty International failed to find any evidence of.

Sure, I get the desire to want the UK government to do ‘something’ to support those fleeing the Taliban and I don’t think any of us have all the answers – but sending troops is never the solution. And when warmongerers and imperialists claim to care for women’s rights – don’t believe them.

If they really cared, Western leaders could offer immediate asylum to people fleeing Afghanistan. The Stop the War coalition, which was set up ahead of the 2001 invasion of Afghanistan, said in a statement yesterday: “The British government should take a lead in offering a refugee programme and reparations to rebuild Afghanistan, an act which would go a great deal further in advancing the rights of the Afghan people, women in particular, than continued military or economic intervention in the fate of Afghanistan.”

This would be a start. And while the UK has announced that it is “looking at bespoke arrangements”, suggestions that the scheme “will be similar to that used to help Syrian refugees” tell a more accurate story: in reality, only tiny numbers of those fleeing will be allowed in – the UK government doesn’t care. It’s already emerged from senior military sources that the Home Office is reluctant to give many people asylum because of the message it will send to other refugees.

Regardless, offering asylum alone isn’t enough. The hard truth is that governments around the world will have to negotiate with the Taliban like they would with any other state, whether they agree with it or not. Women in Afghanistan are not a monolithic group and many have long resisted both the Taliban and Western intervention, and they don’t need your rescuing now.

After two decades of failed Western intervention, don’t be fooled again. As was the case with Tony Blair’s illegal invasion of Iraq and David Cameron’s catastrophic intervention in Libya, when the UK sends troops, it spells destruction for women and girls – and today would be no exception.

Nandini Archer is 50.50’s global commissioning editor. She covers stories relating to gender, sexuality, feminism and social justice. She is also an active member of the feminist direct action group Sisters Uncut and previously worked with the International Campaign for Women’s Right to Safe Abortion. Follow her on Twitter @nandi_naira