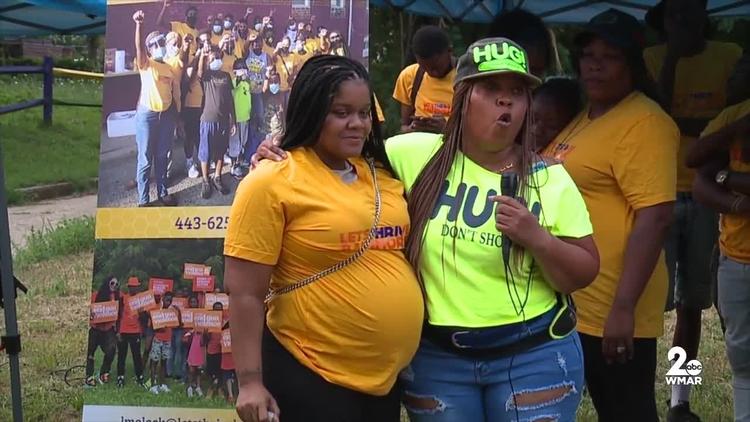 Hard as it may be to see beyond the chaos and suffering in Afghanistan, the larger picture reveals real opportunities for social change.

( Waging Nonviolence ) – The fall of Kabul with, once again, the hurried and chaotic departure of surprised Americans, has led to an abundance of hand-wringing from the U.S. political center, as well as the right. Its larger meaning is important for people who want progressive change in the United States.

For well over a decade I’ve noted to activist audiences that the U.S. empire is in decline. At the same time, I’ve encouraged activists to see this as good news — even if it means there will be challenges like increasing polarization.

For one thing, the decline won’t be causing centrists to re-evaluate their support for empire. They don’t even use the word “empire,” of course — but running an empire has been a fact of life for U.S. governments since the late 1800s when the left lost the vigorous national debate about imperialism. While the costly lesson of the Vietnam War probably helped prevent centrists from raising the stakes in a few other countries, once the United States took Afghanistan, the centrists doubled down on trying to dominate Afghanistan, even as they lost ground and the American majority turned against the war. (An early signal was in 2011, when the AFL-CIO, the largest mass representative organization in the United States, called for rapid withdrawal.) It turns out the centrists who run the Democratic Party unite with the Republicans on loyalty to empire.

I’m one of the many who feel especially sad for the women and others in Afghanistan whose hopes for equality are being dashed by the Taliban takeover. As I read about that in U.S. mainstream media, however, I don’t remember similar articles over the years about the enormous pain inflicted on women by the Afghanistan war itself — given that they carry the heavy load of torn communities and incessant violence. Nor do I recall articles condemning the United States’ tight alliance with patriarchal Saudi Arabia because of the suffering of women there. Such reminders might have helped more Americans see that U.S. imperialism is not a harbinger of progress. Instead, it’s far more likely that mass gains against the patriarchy in Afghanistan and Saudi Arabia will happen when women’s movements make breakthroughs via their own struggle — as has happened throughout history.

While we can’t change the events of the past week — let alone the past 20 years — we can start thinking about next steps, and that leads to an important question: What can U.S. activists do with the opportunities associated with imperial decline? Here are two winning ideas:

1. The peace movement can project a vision of how Americans can benefit from a non-military deterrent to terrorism. The U.S. militarily invaded Afghanistan because of the terrorist attacks on Sept. 11, 2001. Even Americans with mixed feelings about the invasion had no place to go if they wanted to find an alternative security system. A research seminar I taught at Swarthmore College got busy developing an alternative, non-military approach that attracted the interest of a Pentagon think tank, but at the time the antiwar movement was too busy attacking the invasion to lift up a non-military alternative. It was a costly choice that played into the hands of those who believe only violence can deter terrorist gains.

Psychologist Abraham Maslow’s view that the hierarchy of human needs prioritizes security is correct; people will even flee their home with only the clothes they’re wearing in order to try to stay safe. Politically, that means that the Pentagon will continue to gain towering political support over the alleviation of poverty, the Green New Deal and a host of other programs as long as there’s no security alternative on offer. It’s not only the peace movement that needs to confront this political reality — the other progressive movements do, as well.

Two decades later, the empire continues to use external terrorist threat as an excuse for the Pentagon running away with the store. Creating an alternative version can start with the outline we developed at Swarthmore.

2. Strategize with polarization in mind. The continued refusal to meet human and environmental needs in favor of the Pentagon means increased polarization between haves and have-nots. As we’ve seen in the last decade, more polarization means more and larger progressive social movements. Making the most of this situation requires that we see the glass as half-full, rather than half-empty.

It’s easy for us activists to forget the dynamics of polarization when we do our activism. Actually, activists on the right have the same problem. Each end of the polarization gets fascinated with its opposite. On the right wing, activists believe that “woke culture” is about to capture the schools and gobble their children. On the left wing, activists are panicked when their opposites show up at school board meetings and protest COVID-protecting masks.

Each extreme forgets the nature of polarization: the broad center of the spectrum loses members to both sides. Yes, more former centrists start reading conspiracy theories, but — at the same time — more former centrists also join movements like Sunrise. Mass movement growth happens in times of polarization: Consider 1930s America when Nazis could fill Madison Square Garden and the Communist Party could experience its glory period.

How did the 1930s turn out? It became the decade when the United States made the most progressive change in the first half of the 20th century.

What about the 1960s (overlapping into the ‘70s)? Again, resurgence of the Nazis and the Ku Klux Klan, and also massive growth on the left. It became the period when the United States made the most progressive change in the second half of the last century.

In other words, the good news about polarization is that it is favorable to progressive social movement growth. If we pay attention to our side of the spectrum instead of obsessing about the right wing, we’ll see this. Then, the question becomes “How do we maximize our growth and effectiveness?” which is not automatic.

By the end of World War II it was clear that the British Empire — the largest the world has ever known — was in decline. Polarization in the 1930s accelerated during the war; the Communist Party, for example, grew rapidly. Soon after the war the left took over the government, assisted by the fact that it had done its homework and created a vision members could explain in common sense terms. The left then made sweeping changes that put Britain far ahead of the United States in dealing with poverty — even though the war had given Britain an economic beating while the U.S. economy surged.

There are no guarantees that sufficient progressive movement growth will happen in the United States. Movements can make bad strategic choices, or not bother to have a coherent, nonviolent strategy, or ignore the need for a vision that will replace the status quo. History doesn’t take care of us: We need to take care of ourselves and each other. That’s the invitation, always, to an activist: not to obsess about what they are doing, but to look for the opportunities available to us, and take responsibility to use those opportunities wisely.

George Lakey has been active in direct action campaigns for over six decades. Recently retired from Swarthmore College, he was first arrested in the civil rights movement and most recently in the climate justice movement. He has facilitated 1,500 workshops on five continents and led activist projects on local, national and international levels. His 10 books and many articles reflect his social research into change on community and societal levels. His newest books are “Viking Economics: How the Scandinavians got it right and how we can, too” (2016) and “How We Win: A Guide to Nonviolent Direct Action Campaigning” (2018.)