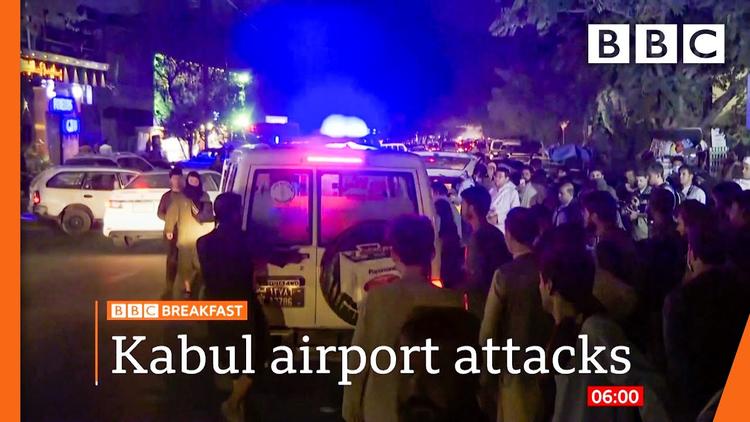 Ann Arbor (Informed Comment) – The silly season has descended permanently on Washington, D.C., so that minor congressmen are calling for the resignation or even impeachment of President Joe Biden over the ISIL-K bombing at Abbey Gate in the Hamid Karzai International Airport in Kabul on August 26. Chris Cilizza called out the Nikki Haleys, Josh Hawleys, Marsha Blackburns and other Republicans on the psychologically fragile end of the spectrum for being “utterly ridiculous” and also unethical and unseemly inasmuch as the blood from the tragedy has not yet dried.

Here are some other bombings of U.S. troops over which Republican presidents did not resign or step down.

1. On October 23, 1983, radical Shiites of the Islamic Amal offshoot truck-bombed the Marine barracks in Beirut, after Ronald Reagan sent in a peacekeeping team in the wake of the unprovoked 1982 Israeli invasion of that country and its subsequent collapse back into civil war. The attack killed 241 US military personnel. A separate attack killed 58 French troops at a nearby site.

President Reagan did not offer to resign over the attack. Speaker of the House Tip O’Neill did not bring up impeaching the president. in December, two months after the attack, Rep. Barbara Mikulski (D-MD) did call for the resignation over the security lapse of Secretary of Defense Caspar Weinberger (“Weinberger must Resign,” UPI, December 29, 1983). Weinberger did not resign.

2. On February 25, 1991, Iraqi SCUD missiles slammed into a makeshift U.S. barracks at Dhahran, Saudi Arabia, during the Gulf War. The attack killed 29 U.S. military personnel and wounded 99. Patriot missile defenses ought to have detected and destroyed the incoming SCUDs, but the software malfunctioned because it was used 100 straight hours without being reset.

No one called for President George H. W. Bush to resign or be impeached over the attack. Many of those dead were from Pennsylvania, and Pennsylvania’s governor declared a week of mourning, and eventually a memorial was erected to the war dead.

Which Republican governor has declared mourning over the troops lost last Thursday in Afghanistan? Which GOP official has urged the setting up of a memorial to them? They are too busy playing gotcha.

3. On December 21, 2004, a suicide bomber hit Camp Merez, a forward operating base outside Mosul in Iraq, killing 23 people, including 14 US service personnel and four contractors. In May, 2003, George W. Bush had declared that major combat operations had ended under a banner than proclaimed, “Mission Accomplished.” The military investigation fingered the radical Ansar al-Sunnah and suggested that an infiltrator sneaked into the cafeteria wearing an Iraqi army uniform. Documents showed that base security had flaws that Ansar al-Sunnah exploited.

No one called for Bush to resign over the Camp Merez bombing, nor was it envisaged that he be impeached, not for that lapse nor for the entire ill-conceived and illegal Iraq War.

Although Trump was impeached twice, it wasn’t over these troop deaths abroad.

The aftermath of the Manbij attack did resemble today’s controversies over Afghanistan, with Senators Bob Menendez and Lindsey Graham opining that Trump shouldn’t get out of Syria so precipitously, and pointing to the bombing in Manbij as evidence that the US should stay. For hawks in Congress, the important thing is for the US to be militarily occupying other countries and benefiting the big arms manufacturers. If US troops overseas somewhere are not being killed, they say it proves there is no need to withdraw them. If troops are being killed, they say it proves we shouldn’t withdraw.

Alas, for them I fear the troop deaths themselves are not the point.