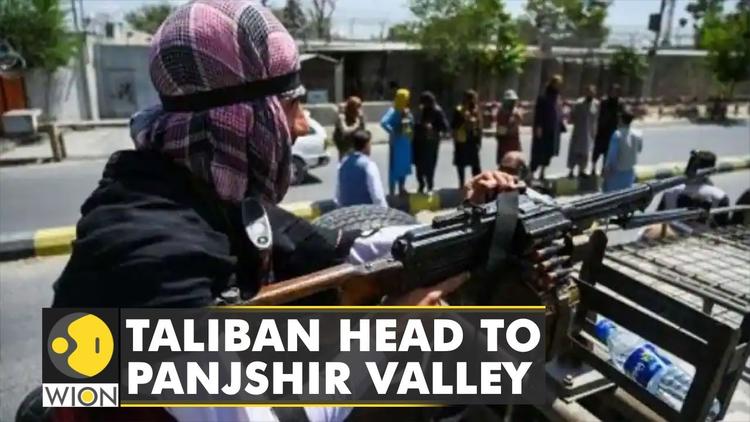 ( RFE/RL’s Radio Azadi) – As Afghanistan’s last major bastion of anti-Taliban resistance gears up for new fighting against the hard-line Islamist group, there has been an outpouring of support for the effort from residents of the Panjshir Valley.

But they are also concerned about the prospect of a prolonged siege of their mountainous region, some 115 kilometers northwest of Kabul, depriving them of essential goods and sparking health crises.

“A war would result in human and financial loss, it would cause the displacement of people,” says Mohammad Baath, a 31-year-old resident of the Rokha district, home to some 25,000 people, according to the latest government estimates. “The Taliban might even impose an economic embargo on the province, cutting off supply routes from all sides.”

The Taliban says it has sent hundreds of fighters to capture Panjshir, the only one of Afghanistan’s 34 provinces that remains outside its control.

In Panjshir, Ahmad Masud — the 32-year-old son of Ahmad Shah Masud, a legendary commander who fought the Soviets in the 1980s and the Taliban in the 1990s — has gathered thousands of armed men “ready to fight.”

Masud, however, has said he doesn’t want a “war to break out.” Instead, he said, he would prefer negotiations with the Taliban, who entered the Afghan capital, Kabul, on August 15 after a lightning-quick string of territorial victories across the country as government forces buckled and U.S.-led forces withdrew.

“We want to make the Taliban realize that the only way forward is through negotiation,” Masud was quoted by Reuters as saying on August 23. He called for a broad-based central government that represents all of the country’s diverse ethnic groups.

Alongside Masud is also Amrullah Saleh, a vice president who declared himself the “legitimate caretaker president” as resistance gained momentum after President Ashraf Ghani left the country on August 15.

A native of Panjshir, the 48-year-old Saleh enjoys widespread popular support in the province.

Taliban spokesman Zabihullah Mujahid claimed on August 23 that Taliban fighters have surrounded the area. “The enemy is besieged inside Panjshir,” he tweeted, but added that the Taliban was “trying to resolve this issue peacefully.”

Mujahid also said that the Banu, Deh Salah, and Pol-e Hesar districts in the neighboring Baghlan Province “have been completely cleared of the enemy.”

However, other sources say the three districts remain under the control of local anti-Taliban forces who recently recaptured them from the militants.

Many residents of Panjshir hope that resistance to the Taliban spreads from Panjshir to the neighboring Badakhshan, Baghlan, Kapisa, Parwan, and Takhar provinces, where ethnic Tajiks compose local majorities.

They have historically been wary of the Taliban movement, which is dominated by ethnic Pashtuns.

Unconfirmed reports also say that “thousands” of mainly ethnic Uzbek militiamen led by Yar Mohammad Dostum are joining the resistance in Panjshir. Yar Mohammad Dostum is the son of Abdul Rashid Dostum, an ethnic Uzbek warlord who led troops against the Taliban two decades ago before spending various stints in senior government defense positions and other posts.

“The Taliban will continue losing districts that surround Panjshir, and there will always be supply routes for us through these areas,” said a Panjshir resident who is close to the resistance forces.

“Anti-Taliban sentiment is very high in this area and it will be extremely difficult for the Taliban to keep them under control,” he said on condition of anonymity.

Others are busy bracing for an uncertain future, including the possibility of a prolonged blockade with ensuing price hikes and shortages of food, medicine, and other necessities.

“Panjshir is a mountainous region and is not [self-sufficient], and we are going to face many economic difficulties if fighting continues,” Faiz, a Panjshir resident, told RFE/RL’s Radio Azadi on August 23.

The older generation in Panjshir remembers a previous Taliban siege lasting for more than five years when the group unsuccessfully tried to capture the province in the 1990s.

In the preceding decade, Soviet troops had failed to enter Panjshir in the face of fierce resistance led by Ahmad Shah Masud. It’s the only Afghan province that has never been seized by any outside force in the country’s past four decades of war.

In the Rokha district, 42-year-old Jamshid recalls hardships in late 1990s when food prices skyrocketed, “with a pack of salt selling for about $7” in local bazaars.

Jamshid is also worried about people getting killed or maimed by new fighting.

“We are tired of war, but we already have experience living under a Taliban siege and we will do it again if necessary,” Jamshid told Radio Azadi. “We will resist anyone who tries to impose misery, injustice, and chaos upon us.”

International forces are continuing their accelerated military pullout and feverish evacuations, including of some locals who might otherwise be targeted in the kind of revenge killings that have followed Taliban territorial gains.

The militant group has reportedly begun talks on forming a government as it seeks to consolidate power in Kabul after two decades of fragile central authority in a UN-backed government that took over after the U.S.-led ouster of the Taliban in 2001.

Written by Farangis Najibullah with reporting by RFE/RL Radio Azadi correspondents in Afghanistan whose names are being withheld for their protection.