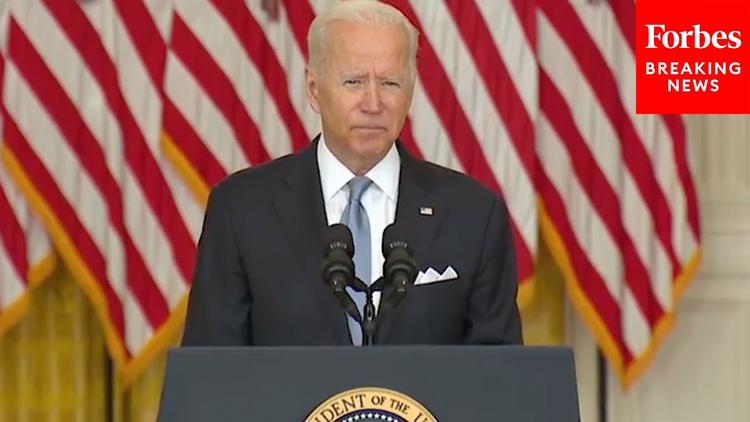 Ann Arbor (Informed Comment) – The abrupt collapse of the government of President Ashraf Ghani and his supposed 300,000 security forces in the past two weeks clearly caught the Biden administration by surprise. It is the most serious crisis yet for the new administration, and has shaken public confidence in the president, giving him the lowest approval ratings so far. According to Christ Kahn, a Reuters/ Ipsos poll conducted Monday projected that only 46 percent of Americans think he is doing a good job, down from the high fifties. That is, of course, still better than Donald Trump’s typical ratings.

So far, Biden has only lost about 7 percent in the polls over these events, which is itself sort of remarkable. As of Monday, 44% were saying that Biden had done a good job in Afghanistan. I take it they are die-hard Democrats.

Still, the poll suggested that the American people could well get over this moment of disappointment fairly easily if nothing further bad happens in the way of terrorism against the U.S. One takeaway of the poll is that Americans have deeply conflicting views of the significance of Afghanistan.

Fully 75 percent of Americans in this poll supported efforts to evacuate Afghans who had helped the United States. I suspect they know that this step will increase the number of immigrants, and they are saying they don’t care.

A similar percentage supported Biden sending troops to Kabul Airport to help with the evacuation.

Over two-thirds of Americans are philosophical about the debacle: “For example, a majority of the 18-to-65-year-olds who took the Ipsos survey – 68% – agreed that the war “was going to end badly, no matter when the U.S. left,”

Well, you can’t blame Biden too much if that is how you feel. Observers are pointing out that Congress and East Coast cable news anchors seem much harder on Biden in this regard than middle America.

Moreover, people are arguing that the collapse of the Kabul government proves that Biden was right to get out. Some 70% of Democrats and 60% of Republicans feel this way.

In fact, only 58 percent said in an Economist poll last April that they favored getting out, so more people believe in the withdrawal now than did four months ago!

A comfortable majority of 61% told Ipsos that they want the US troop withdrawal to proceed on schedule. That is, the return of the Taliban hasn’t convinced them that the US should go back in.

About 11 or 12 percent of the respondents, however, don’t appear to have understood precisely what that schedule was. Some 51% say they would have been all right with staying another year. That wasn’t an option, since the Trump administration negotiated a withdrawal with the Taliban for May 1, in return for which the Taliban ceased attacking US troops. If President Biden had tried to stay, with just the 2500 troops Trump left him in Afghanistan, they would have started being targeted again and you would have had casualties.

Another 50% say we should send troops right back in to fight the Taliban. About 11% of that 50% also appear, however, to have said they wanted the troop withdrawal to proceed on schedule. About 36 million Americans seem deeply confused about whether to stay out or go back in.

One reason that so many Americans want to see the U.S. get out of Afghanistan is that they have other priorities, especially the pandemic and the economic retrenchment it has caused. They want Mr. Biden to fix those things for them, which take precedence over a distant terrorism threat. A recent Pew poll found that 80 percent of Americans wanted the economy to be a top government priority, and 78 percent said that of the coronavirus pandemic. In contrast, only 63 percent thought terrorism should be at the top of the list.

The rise of ISIL in 2014 showed that a renewed appetite for military intervention could suddenly take off if there were attacks on Americans or incidents of domestic terrorism. If the Taliban triumph remains a victory within a single country, and there isn’t a rash of terrorist attacks in America, many in the American public seem ready to move on from the Bush Wars.