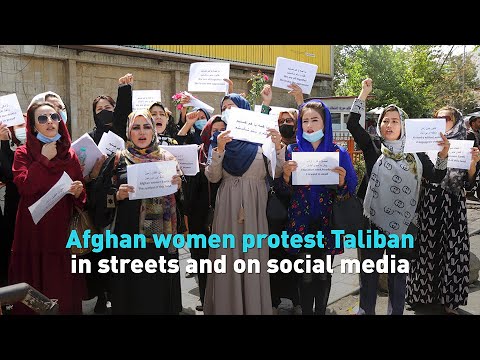 Greenfield, Mass. (Special to Informed Comment) – Every member of Congress attended the September 14, 2001 memorial service at the Washington National Cathedral for the nearly 3,000 victims of September 11 attacks in New York City, Washington DC and Pennsylvania. In that service Dean of the Cathedral Reverend Nathan Baxter invoked “Let us also pray for divine wisdom as our leaders consider the necessary actions for national security…that as we act we not become the evil we deplore.”

Representative Barbara Lee had “agonized over her vote,” until the morning she listened to the prayer. That afternoon the Senate voted 98 to 0 giving President Bush an open-ended authorization for war. The House voted 420 to 1 for the same. Rep. Barbara Lee was the sole exception, restating Reverend Baxter’s warning, “…As we act, let us not become the evil we deplore.”

The Deadly Sins of the US War in Afghanistan

Today, that Congress together with the Executive Branch, the Pentagon, and military contractors should return to the National Cathedral to confess their deadly sins of deceit, revenge, greed, and wrongful pride committed prior to and throughout the US war in Afghanistan. Is there penance enough for what the US government has wrought in extreme retaliation for 9/11: 71,000 Afghani and Pakistani civilian deaths from bombs, bullets, blasts and fire; more than two trillion US blood dollars wasted on that war of vengeance. Afghanistan is poorer, more corrupt, more misogynist than it was before we first intervened 42 years ago.

Beginning in 1979 and through the 1980s, the United States trained, armed and funded Islamic jihadists (mujahedin), among them Osama Bin Laden, which morphed into the Taliban and al-Qaeda. The US goal, expressed by Secretary of State Zbigniew Brzezinski to President Carter, was to give “the USSR its Vietnam War.” Why? Because the Soviet Union supported the then-socialist, secular government in Afghanistan, one that guaranteed rights for women and minorities.

Thus we laid a foundation for 9/11, for our subsequent 20-year war in Afghanistan, and the consequent endless global war on terrorism. Afghan women and girls lost their gains in equality, education and rights in 1992, when the US-backed mujahedin defeated the socialist government. Four years later the Taliban defeated the mujahedin government. After the U.S. vanquished the Taliban in December 2011, it installed its preferred Afghani leaders.

Featuring sensation over substance, the corporate media failed to give the public an informed understanding of the 20-year war, its rudderless nature, the corruption of our contractors and our chosen Afghan political leaders, all documented by the US Inspector General for the war.

Rather than a manhunt for bin Laden, which the Taliban government expressed willingness to cooperate with in 2001, and a legal trial in the United States if he were caught alive, our government chose to devastate the then-second poorest country in the world, none of whose people had participated in 9/11.

Military weapons industries, their boards and bought politicians, their investors – all merchants of death – and the Taliban are the sole winners of this war. Ten thousand dollars invested in defense contractor stocks on 2001 grew to nearly $100,000 in 2021, outperforming the market by 58 percent. The war was an endless money pit for US contractors and Afghan warlords, as testified to by US veterans.

According to Defense News (8/26/2021), US policymakers must act quickly to mitigate the damage to American’s global credibility. Lest Europe and Russia see the U.S. as weak, strengthen our military posture in the Baltic and Black Sea regions, they advise. The U.S. looks diminished to our likely next war priority – China. Initiate greater allied Asian naval exercises to project American strength and leadership. Biden must “lead from front.”

Can the United States adopt a new foreign policy based not on militaristic, hyper-masculinist ego but on peace and problem solving? That’s our real challenge.

The Taliban are among the most women-hating men in the world, and their interim government is vacant of women. We owe open door priority to Afghan women seeking refuge in our country, so also do the other 38 countries engaged in the war. We need, writes Malala Yousafzai, nearly killed by Taliban for pursuing her education, “specific agreements that girls can complete their education…can go to university and be allowed to join the workforce and…jobs they choose.”

If our government’s alleged goal is to “promote peace, modernity and democratic values,” then I say learn from women. We have almost universally won our rights, tactically and intelligently across history, without using warplanes, drones, soldiers, bombs, or guns.