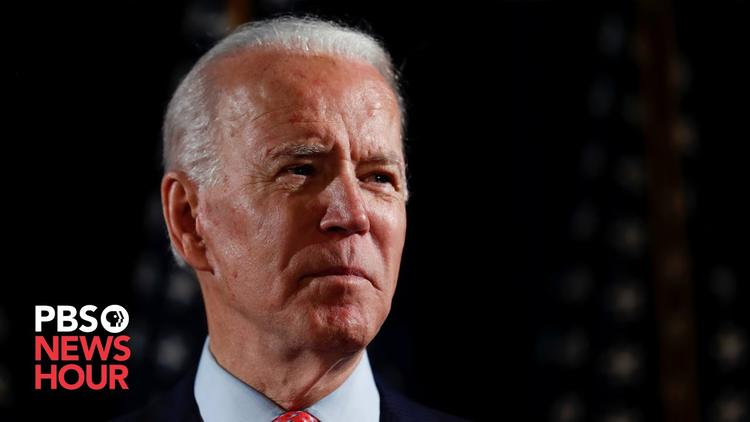 I saw the Neoconservative Bill Kristol on CNN deploring Biden’s speech for not assessing the sweep of the war. Kristol was the biggest warmonger of all the pundits in the early zeroes, arguing for invading and occupying Iraq, Iran and North Korea with 400,000 troops each. He has never explained what national interest of the US that rampaging Bonapartism would serve. The US lost the Iraq War, lost the Afghanistan War, and has for forty years failed to undo the 1979 revolution in Iran despite strenuous efforts. No one has been more wrong and more detached from reality than Kristol, but CNN still brings on him and his like to criticize a normal person like Joe Biden.

Biden wanted to get out of Afghanistan in 2009, but lost that battle inside the Obama White House. He finally has his way, and unlike smarmy pundits or the former guy he actually has reasoned arguments for what he does.

Biden told the nation, “Last night in Kabul, the United States ended 20 years of war in Afghanistan — the longest war in American history.”

He pointed to the airlift of more than 120,000 people, the biggest airlift in American history, which far exceeded estimates of what would be possible. Unlike Trump, who appears to have viewed soldiers who put their lives in harm’s way as losers, Biden gave the credit for the evacuation to US service personnel, 13 of whom lost their lives doing good. He also praised State Department diplomats and intelligence field officers, also government employees for whom Trump had ill-disguised contempt.

Biden admitted that he and his team were thrown for a loop when the 300,000 Afghan National Security Forces and the Afghan government abruptly melted away.

Some Republicans in Congress are blaming Biden for this fiasco because he pulled out US troops and the air and logistical support that allowed the Afghan army to function.

This argument assumes that the entire Afghanistan government was unable to fly the helicopters we supplied them with and unable to figure out the delivery schedule. In fact, many in the Afghanistan government were corrupt and mainly using their office to embezzle the billions coming in from the United States taxpayer. Many officers in the security forces were stealing the salaries of their troops, who understandably deserted. The officers did not report the desertions and went on collecting the salaries they stole from their men.

In short, there weren’t 300,000 Afghan security forces. Many were ghost troops. The ones who had not yet deserted saw no reason to risk their lives for officers who were stealing from them.

So the thesis that throwing more US money and lives at this problem would have allowed the ponzi scheme to go on was incorrect. The whole structure was rotten and had been collapsing for years as the Taliban advanced. The US couldn’t have kept it from collapsing, only slightly delayed the collapse. The cost of that delay would have been high– since it would have involved breaking Trump’s peace deal with the Taliban, which required the US military to be out by May 1, which Biden renegotiated to August 31.

Biden tried to make up for his earlier unfairness to the Afghanistan troops, admitting that they “did not hold on as long as anyone expected” “after two decades of fighting for their country and losing thousands of their own.” It was not the grunts in the Afghanistan National Army who bore the blame but their corrupt and incompetent leaders.

“As a result, to safely extract American citizens before August 31st — as well as embassy personnel, Allies and partners, and those Afghans who had worked with us and fought alongside of us for 20 years — I had authorized 6,000 troops — American troops — to Kabul to help secure the airport.

As General McKenzie said, this is the way the mission was designed. It was designed to operate under severe stress and attack. And that’s what it did.”

He defended his record in getting Americans out of Afghanistan, saying that of thousands who wanted to leave and were airlifted, “100 to 200” remained. Most of them are dual citizens who had earlier decided to stay and then changed their minds.

Biden’s Republican critics can’t make up their minds whether they don’t want any more brown people coming to America or whether they are shocked that a couple hundred Afghan-Americans, out of thousands, couldn’t manage to get to the airport.

For his part, Biden said,

“And for those remaining Americans, there is no deadline. We remain committed to get them out if they want to come out. Secretary of State Blinken is leading the continued diplomatic efforts to ensure a safe passage for any American, Afghan partner, or foreign national who wants to leave Afghanistan.

In fact, just yesterday, the United Nations Security Council passed a resolution that sent a clear message about what the international community expects the Taliban to deliver on moving forward, notably freedom of travel, freedom to leave. And together, we are joined by over 100 countries that are determined to make sure the Taliban upholds those commitments.

It will include ongoing efforts in Afghanistan to reopen the airport, as well as overland routes, allowing for continued departure to those who want to leave and delivery of humanitarian assistance to the people of Afghanistan.”

Biden pointed out that if the Taliban renege, the U.S. has options. These include $9 billion in frozen Afghanistan National Bank funds.

Biden tried to explain once again that the alternative to leaving, once Trump had made a deal with the Taliban to depart, was to go to war all over again:

“My predecessor, the former President, signed an agreement with the Taliban to remove U.S. troops by May the 1st, just months after I was inaugurated. It included no requirement that the Taliban work out a cooperative governing arrangement with the Afghan government, but it did authorize the release of 5,000 prisoners last year, including some of the Taliban’s top war commanders, among those who just took control of Afghanistan.

And by the time I came to office, the Taliban was in its strongest military position since 2001, controlling or contesting nearly half of the country.

The previous administration’s agreement said that if we stuck to the May 1st deadline that they had signed on to leave by, the Taliban wouldn’t attack any American forces, but if we stayed, all bets were off.

So we were left with a simple decision: Either follow through on the commitment made by the last administration and leave Afghanistan, or say we weren’t leaving and commit another tens of thousands more troops going back to war.

That was the choice — the real choice — between leaving or escalating.”

Biden was clear: “I was not going to extend this forever war, and I was not extending a forever exit.”

With those words, Biden ended the post-9/11 era of George W. Bush’s “war on terror” (as though you could make war on a tactic).

That was the take-away of Biden’s speech. This is a pivotal turning point in American foreign policy. The “empire” imagined by Bush’s campaign manager Karl Rove and by Kristol and the warmongers of the New American Century has been brought to a close.

It wasn’t much of an empire. It wasn’t even done right. A proper empire loots other people. The French Empire even collected 10% of the GDP of desperately poor African colonies like Dahomey and sent them to Paris to pay for ostrich feathers for the mistresses of Third Republic politicians.

The US “empire” consisted of ramshackle countries like Afghanistan, Somalia and Iraq, on which we actually had to be the ones spending the money. Our national debt is some $28 trillion, outstripping our annual GDP and threatening the soundness of our economy. If you add up the expenses of the “empire” and add in the interest we paid and will pay on the money we borrowed to create and perpetuate it, my guess is that it accounts for the bulk of the national debt. The interest on the borrowed Afghanistan war costs alone is $6.5 trillion.

Biden threw down a challenge:

“To those asking for a third decade of war in Afghanistan, I ask: What is the vital national interest? In my view, we only have one: to make sure Afghanistan can never be used again to launch an attack on our homeland.

Remember why we went to Afghanistan in the first place? Because we were attacked by Osama bin Laden and al Qaeda on September 11th, 2001, and they were based in Afghanistan.

We delivered justice to bin Laden on May 2nd, 2011 — over a decade ago. Al Qaeda was decimated.”

He pointed out that nowadays terrorist and cyber threats don’t have to base themselves in Afghanistan. They can be anywhere. I would point out that even in 2001, the Hamburg cell of al-Qaeda in Germany was likely more important, given its knowledge of airplane engineering, than the Afghanistan cells.

“And here’s a critical thing to understand: The world is changing. We’re engaged in a serious competition with China. We’re dealing with the challenges on multiple fronts with Russia. We’re confronted with cyberattacks and nuclear proliferation.

We have to shore up America’s competitive[ness] to meet these new challenges in the competition for the 21st century. And we can do both: fight terrorism and take on new threats that are here now and will continue to be here in the future.

And there’s nothing China or Russia would rather have, would want more in this competition than the United States to be bogged down another decade in Afghanistan.”

This point is one I regret. Washington seems always to want an enemy. China is our biggest single trading partner and Cold War rhetoric about it is therefore inappropriate. I lived in the Cold War and don’t remember buying Russian goods at a big box store.

“As we turn the page on the foreign policy that has guided our nat- — our nation the last two decades, we’ve got to learn from our mistakes.

To me, there are two that are paramount. First, we must set missions with clear, achievable goals — not ones we’ll never reach. And second, we must stay clearly focused on the fundamental national security interest of the United States of America.

Despite the conviction of a lot of Republicans that Afghanistan will be Biden’s Achilles’ heel, I actually suspect that once the images of chaos fade, and assuming there isn’t a big attack from Afghanistan, the American public will be happy enough with Biden’s withdrawal. Trump had been convinced that his own base hated those forever wars and that he could run on ending them. People lost jobs in 2008 and then in the pandemic and they don’t want their government pursuing foreign adventurism with money that could be spent domestically.

What I can’t for the life of me understand is why Biden and the Democrats don’t cut the Pentagon budget if they really aren’t going to fight any more Bush-style wars. If that over $700 billion (and it is really closer to $1 trillion) is corporate welfare, there are more efficient ways to create jobs, and more useful jobs to create. Back after the fall of the Soviet Union there was a peace dividend and a reduction in the war budget. We need to take about $300 billion a year and put it into fighting climate change instead.