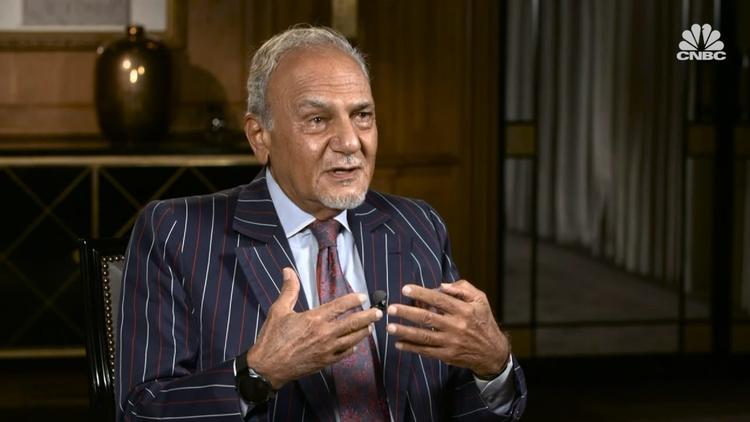 Ann Arbor (Informed Comment) – The FBI released documents from its investigation of ties of personnel at the Saudi embassy in Washington, D.C., to al-Qaeda.

The Saudi government was not behind the September 11 attacks, and these documents don’t indicate that it was. The Saudis are heavily invested in the U.S. stock market, and it was predictable that an attack like that on September 11 would cause stock prices to fall. As it was, the attacks caused a $1.4 trillion loss in market value. While the size of Saudi investments in US securities may have been exaggerated, for a small country like Saudi Arabia they were very substantial and the losses hurt a great deal.

The SEC would have known if the Saudis suddenly pulled a lot of money out of the stock market in August, 2001. They didn’t. So why would they want to inflict that kind of harm on their own portfolios?

The Saudi royal family hated Bin Laden. He had dared criticize them for leasing bases to the US during the Gulf War to push Iraq’s Saddam Hussein back out of Kuwait. They stripped him of his Saudi citizenship and he went into exile, first in Sudan and then in Afghanistan.

The Saudi Arabian government decided a long time ago that it needed the U.S.for its security umbrella. It is fabulously wealthy but not a military powerhouse. The quagmire in Yemen since 2015 shows that. In 1991 the US military defended Saudi Arabia and the rest of the Gulf from Saddam’s Iraq. Before that they depended on the US against the Soviets and leftist movements. In the 1990 and zeroes they needed the US against Iran, which is over three times as populous as Saudi Arabia.

So regent Abdullah b. Abdul Aziz, the de facto ruler of Saudi Arabia in 2001, would have wanted to inflict major damage on Saudi investments in New York and damage the country providing him security, why?

People keep saying that 15 of the nineteen hijackers on 9/11 were Saudis. So what? Usamah Bin Laden chose them as muscle precisely in order to sour relations between the US and Saudi Arabia, the government of which he was trying to overthrow. Of the some 5,000 al-Qaeda members in Afghanistan in 2001, very few were Saudis. As for the hijackers, the important ones were the pilots, and they included an Egyptian and a Lebanese. So was Husni Mubarak in Egypt also behind the attacks because one Egyptian national was a leader of them?

This is illogical and guilt by association.

The newly released records cast suspicion on a graduate student who used to hang around the embassy without any obvious role. He met the two hijackers based in San Diego, Nawaf al-Hazmi and Khalid al-Mihdar. They told the embassy they were students, and one of the purposes of the Saudi embassy in DC is to take care of the tens of thousands of Saudi students in the US. Bayoumi is reported to have had sympathies with the militants.

But some of that evidence was from an ex-wife who said that Bayoumi was always talking about how Muslims had to do something for their community and that they were at jihad. I know the FBI has made a fetish out of the word jihad, but really. This kind of talk was a dime a dozen among some Muslims in the 1990s and did not indicate they wanted to blow anything up. Bayoumi ran up big bills and seems to have enjoyed American consumerism. And his ex-wife, really? The FBI must really be tired of hearing from Muslim-American spouses about how their ex is al-Qaeda and should be thrown in jail with the key lost.

But it isn’t at all clear that Bayoumi even knew al-Hazmi and al-Mihdar were themselves terrorists. The al-Qaeda cells in the US tried to throw surveillance off track by going to strip clubs and drinking in bars, behavior intelligence agencies would not expect in fundamentalist militants. The evidence against Bayoumi is completely circumstantial and proves nothing.

It certainly doesn’t show that the Saudi government was behind al-Qaeda, which is just a crazy conspiracy theory. It is exactly like saying that Nancy Pelosi is behind Qanon and that she planned out the January 6, 2021 capitol attack.

Unlike Bayoumi, who seems to have been one of those hangers-on one finds at embassies of the wealthy oil states in Washington, Fahad al-Thumairy was actually a diplomat at the embassy. He was said to have led a radical faction at his mosque in DC and to have had contacts with al-Hazmi and al-Mihdar and perhaps with members of the Algerian-based Armed Islamic Group, who sought to blow up LAX.

Again, knowing or helping al-Hazmi and al-Mihdar is not a proof of anything. They were under cover posing as Saudi students. Embassy personnel were supposed to be in touch with and to help such people.

But, as the FBI says, that al-Thumairy was on the phone with people from the Armed Islamic Group (GIA) is concerning. Unlike Bayoumi’s contacts with the San Diego-based hijackers, that is harder to explain. The GIA people were Algerians and it isn’t clear why a Saudi diplomat was talking to them.

But if al-Thumairy were a radical, it would show that a minor diplomat at the Saudi embassy had those sympathies, not that the government of Saudi Arabia did.

A Trump appointee to a position in the State Department took part in the Jan. 6 insurrection. That doesn’t mean that Mike Pompeo planned out the invasion of the Capitol.

A lot of Saudi diplomats get their positions by being friends of friends of the royal family. Although there is an Institute of Diplomatic Studies in Riyadh, my guess is that the Saudi diplomats have a lot of random, untrained people among them. Al-Thumairy was likely one of these.

The eagerness to tag the Saudi government with 9/11 comes from many quarters. The victims want someone rich to sue for damages. Rivals for influence in Washington like the Israelis and the Turks and their lobbies in DC have an interest in taking the Saudis down a peg. The Saudis are widely disliked because of their brand of Wahhabi fundamentalism. Islamophobia plays into it.

That you have someone like Crown Prince Mohammed Bin Salman at the helm of the kingdom now probably hurts after the CIA leaked their conclusion that he was behind the murder of dissident Washington Post journalist Jamal Khashoggi.

But the case against the Saudi government of being involved in 9/11 is non-existent.

CNBC: “Saudi prince says he hopes the U.S. will release all 9/11 documents”