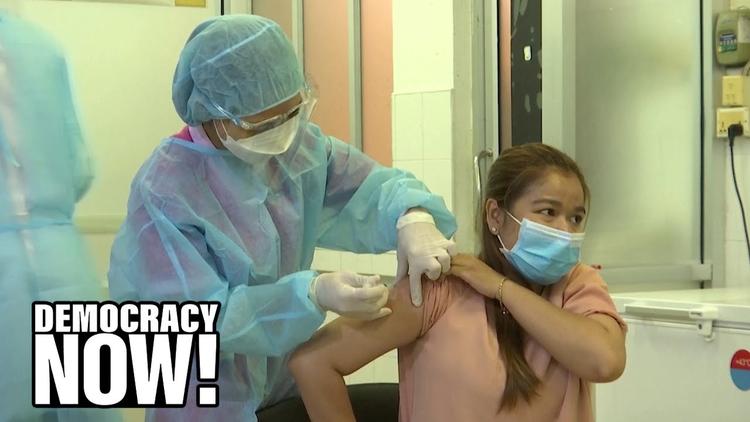 Southwest Harbor, Maine (Special to Informed Comment) – Public Citizen recently uncovered “an agreement that the European Commission reached with Pfizer and BioNTech last November to purchase 100 million doses of the companies’ mRNA vaccine, which was developed with the support of https://www.bloomberg.com/news/articles/2020-11-09/pfizer-vaccine-s-funding-came-from-berlin-not-washington”> government funding and U.S. taxpayer-financed technology.

In the 104-page contract, Public Citizen found a list of manufacturing specifications for the Pfizer-BioNTech vaccine, including particular composition and strength, identity, and purity requirements followed throughout the production process.

Public Citizen’s website says, “This info can help mRNA vaccine scientists by illustrating the kinds of requirements they need to meet critical quality standards,” Such agreements have a widely recognized ability to enhance the parties’ market power, but less attention is paid to the effects on the direction of scientific research.

Public Citizen discovered is that safe and effective vaccines are more than individual accomplishments. Not only is the basic research publically financed, the process of converting it to a product safe for human consumption is dependent on a complex manufacturing infrastructure of quality control and trained personnel to operate that infrastructure.

Recognizing that vaccines are social products, both basic formula and technical specifications, argues not only for suspending or revoking patent protection but equally important sharing technological know how. Currently much scientific research is conducted behind a screen of corporate control, out of concern that sharing may weaken any patent claim.

Patent monopolies and hoarded production techniques are supposed to foster incentives to find and develop new miracle cures. This view has been widely critiqued, in part by pointing to the role of government subsidy. But there is another downside to the conventional model. That model’s emphasis on secrecy in preparation for patent claims and patent litigation impedes communication among scientists and renders their work far short of science’s transparency standard.

“Instead of partnering with governments and other qualified manufacturers to make sure that we have enough vaccine doses for everyone, these pharmaceutical companies prioritize their own profits by enforcing their monopolies and selling to the highest bidder,” he added. “Enough is enough—we must start putting people before profits.”