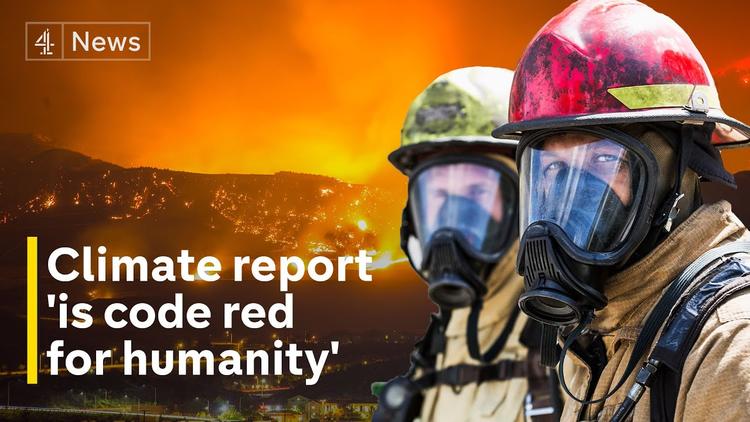 In my view, the editorial buried the lead by putting this sentence two-thirds of the way down and by not giving it its own paragraph:

“Rises above 1.5° C increase the chance of reaching tipping points in natural systems that could lock the world into an acutely unstable state. This would critically impair our ability to mitigate harms and to prevent catastrophic, runaway environmental change.”

Dude, that burning fossil fuels will “lock the world into an acutely unstable state” is all you need to know.

The editorial argues that the climate emergency is so bad for human health that tackling it must be our highest priority, and we cannot wait for the coronavirus pandemic to subside.

Let me underline that. The coronavirus has killed over 600,000 Americans and is currently the third biggest cause of death in this country. The health journals are saying that those fatality statistics are not as important as deaths from the climate emergency. Intensified drought, wildfires, flooding, hurricanes and other extreme weather events are caused by humans putting billions of tons of heat-trapping gases such as carbon dioxide into the atmosphere by burning coal for heat and electricity and fueling automobiles with gasoline.

Here are the top 5 dangers highlighted by this powerful editorial:

2. “Global heating is also contributing to the decline in global yield potential for major crops, which has fallen by 1.8 to 5.6% since 1981; this decline, together with the effects of extreme weather and soil depletion, is hampering efforts to reduce undernutrition.”

Let’s rephrase that one in lay people’s terms. The climate emergency and global heating are causing people to get dehydrated more often and more seriously, causing our kidneys to fail; it is giving us skin cancer, encouraging diseases like yellow fever and malaria, harming fetal health (I’m looking at you, Texas), causing allergies, and hurting our heart and lung health, and also harming our mental health. Given how many crazy people we seem already to have in America, you never want to hear that.

4. “Harms disproportionately affect the most vulnerable, including children, older populations, ethnic minorities, poorer communities, and those with underlying health problems.” I’m older and a cancer survivor, so I have two characteristics of these four that put us as special risk of harm from the climate emergency. I’m well aware that there are lots of people in poorer minority communities that have all four.

5. Here’s a Catch-22: “Thriving ecosystems are essential to human health, and the widespread destruction of nature, including habitats and species, is eroding water and food security and increasing the chance of pandemics.”

This is an especially frightening finding. The harm done to the environment and to our species is making us weaker, with less sure access to potable water and nutritious food. When a species is weak, thirsty and hungry, it is more likely to fall victim to pandemics and the virus that infects it is more likely to be free to run wild and produce variants. I knew that the current, deadly spike of the Delta variant came about because so few people in India were vaccinated and so were vulnerable to infection. Official heath statistics are not reliable there, and it is possible that ten times as many people died of the virus as the government admits. That would be over 4 million. Deaths spiked last May; I lived in India in May, and it was hot during that month even 38 years ago. It has gotten a lot hotter, enervating people. I didn’t know that climate harm from global heating had made it more likely for the variant to evolve in its victims.

The editorial’s advice? Governments should stop setting climate or carbon goals and get off their duffs and actually do something. Something enormous. Now.